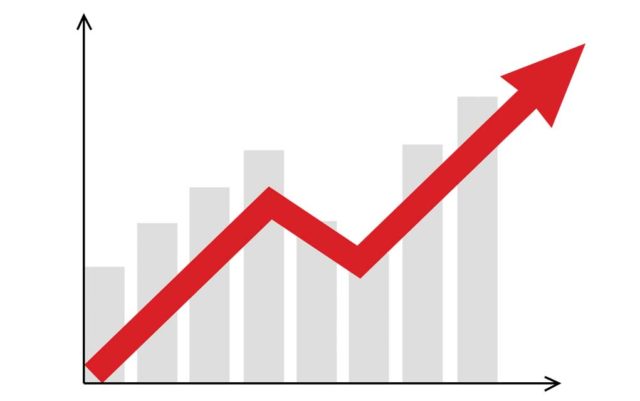 Marijuana is becoming big business, but just how big is the marijuana business? New Frontier Data, a consultancy, produced some stats that were turned into a story at Yahoo News:

There are currently 33 states in which either medical or recreational marijuana is legal. Annual sales in those 33 states are projected to reach $30.1 billion in annual sales in 2025.

If all 19 states considering new legalization measures pass them, the marijuana industry in 2025 will grow to $41.6 billion a year.

As of the end of 2019, some 223.4 million Americans, or 68% of the U.S. population including children, lived in states where either medical and/or recreational marijuana was legal. Should all the additional legalization measures pass, the percentage of the population living in states with legal pot in one form or another would increase to 90%.

Israel is the home of Raphael Mechoulam, the chemist who first isolated THC and CBD as the active ingredients in marijuana, but the country has lagged in legalization. It didn’t pass a decriminalization bill until last spring. But marijuana business opportunities are another matter. Late last year, the Israel Innovation Authority announced it will be launching a business incubator aimed at helping startup marijuana businesses succeed.

The incubator, dubbed CanNegev, will be set up in the desert town of Yeruham. It will admit six companies with “breakthrough medical cannabis technology” every year for the first five years, according to marijuana journalist Johnny Green. Initial funding for the incubator is more than $43 million.

And this month’s coveted Chicken Little Traveling Trophy goes to John Huber, U.S. Attorney for the District of Utah. Huber told an interviewer with Odyssey House, a Utah drug treatment center, that marijuana legalization is “going to bring down our society.”

He also claimed that states with legal pot have “become havens for organized crime to take advantage of the camouflage of legality.”

But being a U.S. attorney does not automatically turn you into a pot prohibitionist knuckle dragger. A former U.S. attorney is leading the movement to legalize recreational marijuana in South Dakota.

According to Alan Brochstein, a marijuana business analyst and founder of the online community 420 Investor, a new trend is emerging in the marijuana industry — litigation.

Some suits involve common business problems like failure to perform promised services — like the suit filed by an Oregon farmer against a company for not harvesting his hemp crop as promised. He says it caused him to lose $11 million. Other suits have focused on seeds that didn’t produce promised yields or that weren’t feminized as promised.

And last week a company called Trulieve sued a short-seller for libel. Short selling is a way to make money by trading a stock that’s falling in value. The way it works is that an investor who thinks a stock’s value will fall borrows shares of the stock from a brokerage (which will charge him interest on the stock loan, just as a bank would charge interest on a cash loan). The short-seller will then immediately sell the shares he borrowed, bank the proceeds and wait for the stock’s share price to fall. When it has fallen far enough to satisfy him, he will buy shares at a reduced price to repay the loan and pocket the difference.

Short selling leaves a bad taste in my mouth, because it revolves around betting on someone’s failure, but it is in theory at least a way to take some of the uncertainty out of risky investments. However, some short-sellers don’t just wait for a company to fail in the market. They try to drive down the stock price by sliming the company in the hope that it will fail. Such a practice is contemptible beyond words; short-sellers who do it richly deserve to be on the receiving end of libel suits.