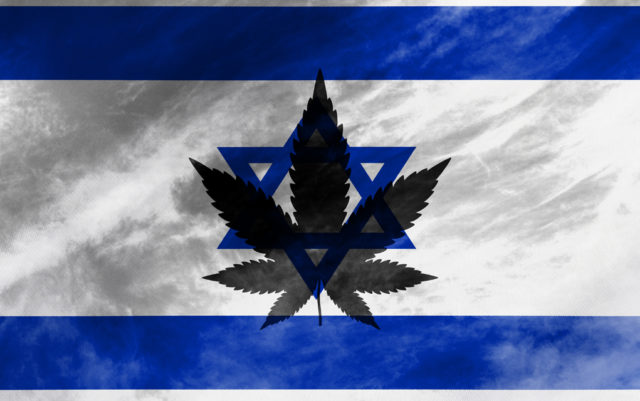 It may have nothing to do with the recent archeological discovery suggesting that King Solomon may have been a stoner, but Israel is getting serious about legalizing marijuana.

According to a story in the Jerusalem Post, The Ministerial Committee on Legislation on June 24 decided to advance two bills in the Knesset, Israel’s parliament, that would legalize private possession and use, but not sale, of marijuana in the country.

Significantly, one of the bills is sponsored by Sharren Haskel, a Likud Member of Knesset (MK), and Ram Shefa, an MK from Blue and White. Likud and Blue and White are the two main parties in Israel’s coalition government.

Haskell has been advocating legalization in Israel for five years. She says there are more than a million marijuana users in the country of 8.75 million.

The main provisions of the bills are that possessing up to 50 grams of marijuana or two plants grown for personal use under natural light in a private place would not be a crime. Possessing more ganja than that would be subject to a substantial fine. Public consumption would still be illegal.

The minimum age for legal use would be 21, with the exception of those working in security positions. Driving while using weed would be prohibited and a de rigueur fund to educate students about the dangers of marijuana would be established.

The legalization proposal is roughly similar to the legalization scheme adopted by the Vermont legislature when that state became the first to legalize recreational marijuana through the legislative process rather than a citizen initiative.

The bills passed a preliminary reading in the Knesset on June 24 and are now expected to be combined in committee. After that they will reenter the legislative process as a government-sponsored bill and will then have to pass three more times, in both committee and in the Knesset as a whole, to become law.

Said MK Tamar Zandberg of the far-left Meretz party, “There is no sensible reason in 2020 for cannabis users to be considered criminals. When we started this struggle, we were called names and made fun of, but like in any just struggle, when you do not give up or get afraid, you can emerge victorious.”

The Library of Congress has an ongoing project called “Chronicling America,” which digitizes media from throughout U.S. history. Earlier this month it put up a selection of 15 years of reefer madness news stories, dripping with anti-Mexican racism.

Here are some of the more rancid examples, selected by Marijuana Moment’s Kyle Jaeger.

From a source identified as the Mexican Herald: “Marihuana, our local hasheesh, continues to impel people of the lower order to wild and desperate deeds. A great deal of crime here can safely be attributed to this nerve exciter.”

From the Tombstone Prospector: In a story about a failed attempt to smuggle pot into a prison, marijuana was termed “a kind of loco weed which is more powerful than opium.”

“The Mexicans mix it with tobacco and smoke it in cigarettes, which causes a hilarity not equaled by any other form of dissipation,” it adds.

But the piece that took the prize came from The Ogden Standard (Utah): “Are the Mexicans becoming a mightier and braver race, or in the language of Texas, are they becoming ‘locoded?’” the article asks. “Reports received here indicate that the sudden burst of bravery on the part of the Mexicans is due to an increased use of the weed known as Marihuana, which has much the same effects as opium or morphine on its users.

“When a Mexican is under the influence of Marihuana he imagines that he can, single-handed, whip the entire regular United States army, while if reinforced by several other Mexicans, he might include a few European nations in his dream conquests,” it adds. “While under the influence of marihuana Mexicans are liable to commit murder and when arrested give the authorities great trouble.”

The most striking thing about the Smithsonian’s tranche of reefer madness material is that it came from 1897 to 1915. The better-known explosion of anti-pot propaganda that finally resulted in marijuana being outlawed in 1937 occurred in the 1930s.

What the earlier campaign shows is that pot prohibitionists conducted a grinding, relentless campaign that stretched more than 40 years before it succeeded. And they have never really stopped.