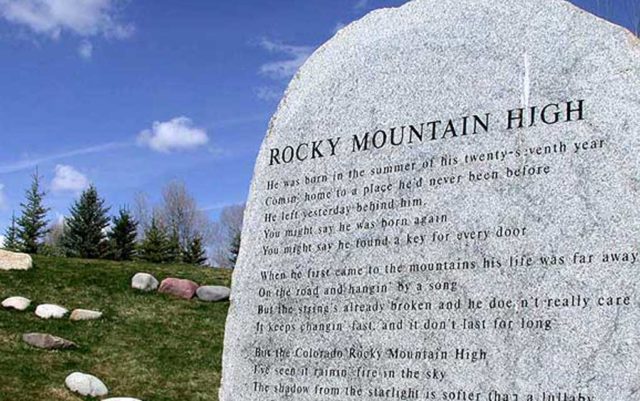 The pun is the lowest form of humor.

Except when it’s a pun about marijuana.

Then it’s the highest form of humor.

Let’s face it, there is something about marijuana that reaches into the depths of the brain and lights it up with puns. Some people are more affected than others — newspaper copy editors, for instance.

They can’t help themselves. Throw down a story about pot, no matter how straight, onto any copy desk, and you’ll hear a reflexive in-toke of breath as the headline writers stroke the mystic chords of memory — longterm memory — in search of the ancient and holy clichés: “a new high… up in smoke… a bad trip… this bud’s for you… a joint task force… splif-second timing…” — one or more of which is destined to appear high above the story regardless of what the lede reefers to.

To be blunt, there’s no end to it.

You might say they’re addicted — which would be a pun if marijuana was addictive. Some, of course, would argue that it is — but their reasoning is hazy.

When all this started it got lost in the weeds, but we know it’s been going on for ages.

Hippies, and beatniks before them, were giggling about a Rocky Mountain high before John Denver turned it into a hit song in 1972, which is now one of Colorado’s two official state songs. (The other is “Where the Columbines Grow.”)

Denver later told Congress that “Rocky Mountain High” had nothing to do — nothing, do you hear? — with pot.

“Friends around the campfire and everybody’s high…” No pun intended there. No sir-eee!

OK, maybe it’s a double entendre about pot. A double entendre is a pun that spent a year at the Sorbonne and learned to pun concepts as well as words. Rocky Mountain High is shot through with double and triple entendres. Denver was blowing smoke when he suggested otherwise, but that’s the kind of thing people had to do back then to keep the FCC from kicking their songs off the air.

Anyway, there are kilos of puns, bales of puns, about pot. And a lot of double entendres too.

Some of them are real groaners, like the one on a poster showing a cow in a marijuana field: “The steaks have never been higher.”

Q: Why did the cows return to the marijuana field?

A: It was the pot calling the cattle back.

But there are some that are a bit more sophisticated, like the headline the Washington Post ran when former CIA director James Woolsey started lobbying for hemp in 2006: “Ex-Spy Lobbying on Weed-to-Know Basis: Woolsey Represents Hemp in Uphill Fight.”

Or the headline on the front page of the French newspaper Liberation, on the day after Colorado and Washington voted to legalize recreational marijuana and Obama was re-elected: “Etats-Unis: Yes We Cannabis.”

Some topical pot puns make a hash of political correctness: “I call my weed ‘The Quran,’ because that shit will get you stoned.”

Some events are destined to be an infinite source of marijuana puns, like Super Bowl XLVIII, played on Feb. 2, 2014, which gave a new dimension of meaning to the phrase “Super Bowl.” The game was played between the Denver Broncos and the Seattle Seahawks, teams representing the first two states to legalize recreational marijuana.

“Footballs aren’t the only things these teams will be passing around,” was tweeted early. (A cheep hit, if you ask me).

“This game has the potential to be pretty interesting, but weed better not get a head of ourselves,” someone added.

Seattle won 43-8. “The Broncos are really getting smoked,” was tweeted as the blow-out began.

“You’re bong about the Broncos,” came the reply. “They’re a top shelf team.”

Why so many pot puns? Probably because marijuana was illegal, and still is in a lot of places. The outlaw status guarantees that any pun about pot is edgy and a little dangerous. And chances are that even with the coming of legalization, pot punsters will be tripping the light fantastic for a long time to come.