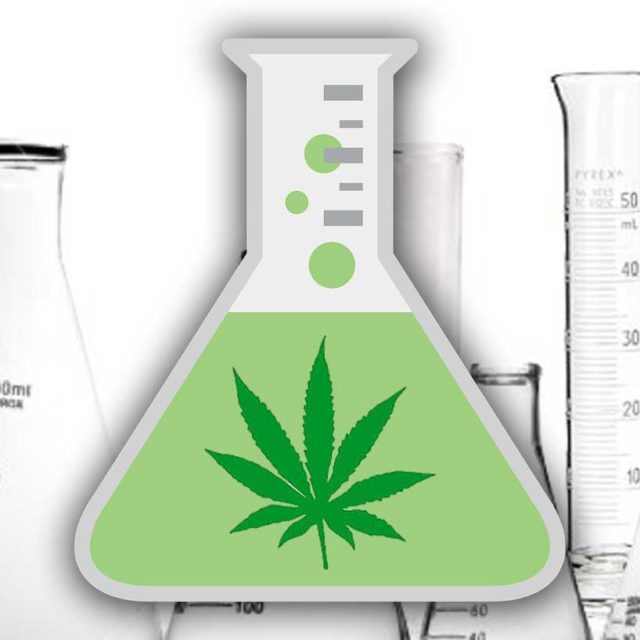 All alcoholic beverages have one thing in common — alcohol. With marijuana, well, it’s complicated.

The female pot plant contains at least 113 separate cannabinoids, compounds that can attach themselves to receptors on cells in the brain/or and other organs. THC and CBD are just the best known.

Most of them have psychoactive or medicinal effects individually or in combination, some of which are known and a lot of which aren’t. Those effects can vary depending on the percentages of different canabinoids in a combination and the strength of the dose.

Additionally there are more than 100 terpenes — oils produced by a pot plant’s resin glands that can modulate and moderate the effects of the cannabinoids. (Terpenes are what gives different strains of marijuana their unique odors.)

Dr. Raphael Mechoulam — the Israeli chemist who discovered THC, the receptors in the brain for both THC and CBD, and the body’s naturally-produced cannabinoids (called endocannabinoids) — called the synergistic interactions between combinations of cannabinoids and terpenes the “entourage effect.” But with so many cannabinoids and terpenes, there can be millions of different “entourages.” Make that billions or gazillions, or some number that needs to be written in scientific notation.

Anyway, someone needs to sort out what at least some of the more commonly encountered entourages can do.

Which bring us to ebbu, a company in Evergreen that is trying to do just that.

According to a piece about ebbu by Tobias Coughlin-Bogue for the website Herb.co, for the past two years ebbu has been experimenting with different blends of extracted cannabinoids and terpenes, trying to determine exactly which mixes of compounds will produce which experiences; relaxation or stimulation, for example, on the recreational side, or which can best treat what conditions on the medical side.

Eventually the company intends to offer the recipes they’re developing to cannabis companies wanting to market products that reliably produce the same results and products that have unique effects.

“Really what we’ve been doing is proving exactly how the entourage effect works,” ebbu CEO Jon Cooper told Herb. “The synergistic effects of how these compounds work in concert with each other in order to create the desirable sensation, feeling, or medicinal benefit that someone’s looking for.”

Ebbu’s approach is to chemically separate and purify various cannabinoids and terpenes of interest from marijuana, and then create precisely reproducible combinations of them for testing, and hopefully future commercialization.

However, what really sets the company apart is how it is analyzing the effects of its formulations.

Ebbu’s researchers have developed the ability to grow human endocannabinoid receptors like those found in the brain in the lab. This allows them to look at which receptors are activated or suppressed by different formulations. This gives them crucial information on what effects the formulations are producing at the cellular level.

When the company starts running trials on humans, it will have a way of relating subjects’ reported experiences to what is physically going on in their brains.

That sort of rigor and precision could revolutionize both marijuana research and the cannabis industry.

First, it will allow the industry to offer products whose effects are reliably reproducible, something that the industry hasn’t been able to do very well up to now.

Most pot is differentiated by strains, but there can be a lot of variation in cannabinoid content between individual plants in a strain, or even within single plants. Creating formulations blended from purified cannabinoids gets around that problem.

Second, the ability to create those precision formulations will give additional impetus to the movement away from smoking weed and to vaping and edibles.

Third, the information ebbu is developing will allow growers to develop strains that produce increased yields of both common cannabionoids like THC and CBD, as well as rare cannabinoids — like CBG, CBC and CBDV, according to the company’s website. It will also allow them to offer more consistency within strains. (So maybe smoking weed will survive.)

Fourth, and most important, it will allow the industry to produce offerings to produce a whole panoply of different highs, something the alcohol industry, which is stuck with a product that has one psychoactive active ingredient, can’t do. Talk about a competitive edge.