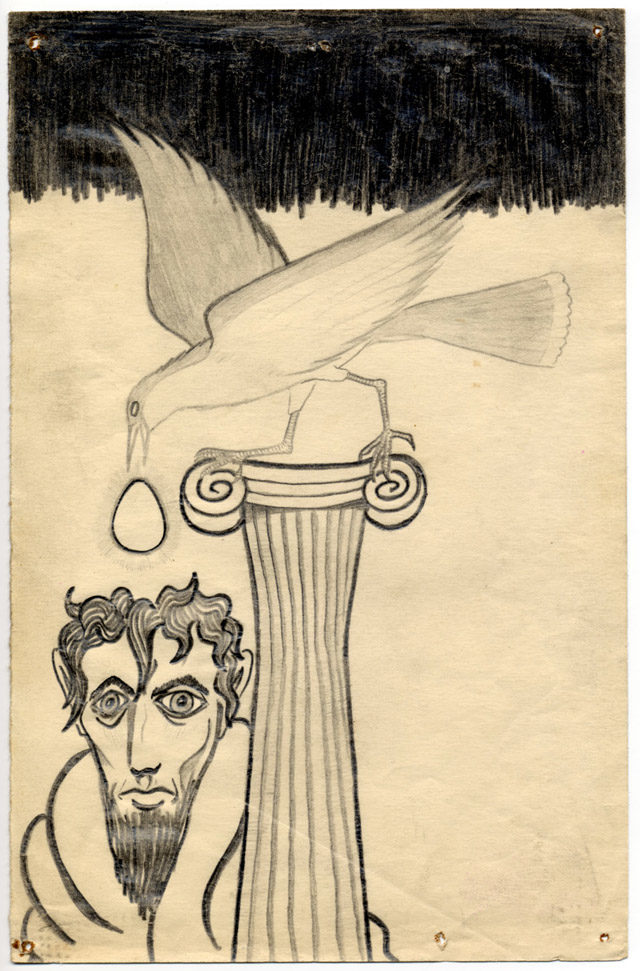 Uppermost in almost anybody’s mind these days
(Not to impute Platonic shape to space)
Desire (as if it were a thing) will blaze
Entre nous anew, prognosticating lace.
Replace it. Better yet, reply. Take pen,

then Slice its feather lengthwise. Do not wince;

The barbules are OK. They won’t want then
And now conflated (nor will we). But still Prince
Northernmost can’t fly, due to the ice.
“Destroy! Destroy!” He crackles an open-ended cry
As crisp as cusp of “noumenon” and “nice”
Because he’s fairly reached convergence on the fly.
Look! The days of space do blaze like lace
Embracing many circles, in any case.

Jack Collom (1931-2017) was a noted Boulder poet, who taught at Naropa University, where, in 1989, he offered what is believed to be the first ecology literature course in the United States. He authored 23 books and his nature writings and essays have been published worldwide. From the 1970s he taught in poets-in-the-schools programs throughout the U.S. and abroad. He was one of the great advocates for teaching poetry beyond the confines of the college classroom. Among his many prestigious honors are two National Endowment for the Arts Poetry Fellowships, the Colorado Book Award and the Foundation for Contemporary Arts.

“Understandable” from Collom’s book Burst Fivey and the Eggdroppers, Monkey Puzzle Press, 2013, is reprinted with permission from Jennifer Heath.