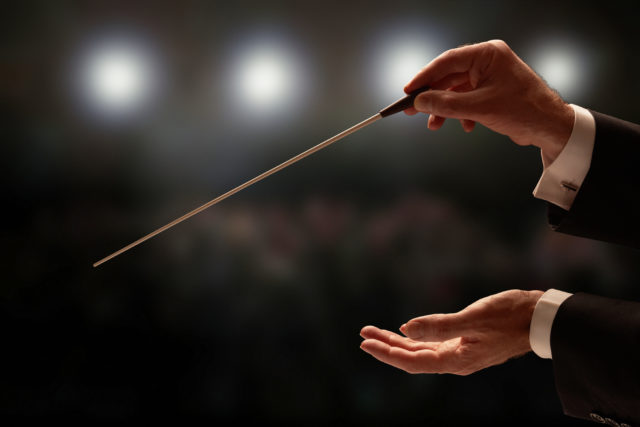 Virtual Author Reading: Jen Sincero — ‘Badass Habits.’ 5 p.m. Friday, Dec. 11, boulderbookstore.net. Tickets are $26-$36 on Eventbrite and include a copy of the book.

Habit busting and building goes way beyond becoming a dedicated flosser or never showing up late again — our habits reveal our unmet desires, the gaps in our boundaries, our level of self-awareness, and our unconscious beliefs and fears. Badass Habits features Jen Sincero’s trademark hilarious voice and offers a much-needed fresh take on the conventional wisdom and science that shape the optimism (or pessimism?) around the age-old topic of habits. The book includes enlightening interviews with people who’ve successfully strengthened their discipline backbones, new perspective on how to train our brains to become our best selves, and offers a simple, 21-day, step-by-step guide for ditching habits that don’t serve us and developing the habits we deem most important.

The Eklund Opera Program brings the Brothers Grimm to Macky Auditorium with Engelbert Humperdinck’s decadent opera Hansel and Gretel. Indulge your imagination as you join two children venturing into the woods in search of something sweet to eat. With deliciously rich orchestration, simmering wit and a sumptuous witch hiding out in a candy-coated cottage, this famous fairy tale is delightful at any age.

On Dec. 11, the Firehouse Art Center hosts the fourth annual juried student show from Front Range Community College’s Boulder County Campus in Longmont. Students experience the challenges and joys of presenting their work professionally, from documenting their pieces to professional framing. This year, as students have been unable to meet for classes on campus, the show provides what for many is the first opportunity to see their classmates’ recent work in person. The show is a competitive entry open to all art students from Fall 2019, Spring 2020, Summer 2020 and the current semester. Prizes are arranged in categories: 3D Design, Drawing, Photo and Painting. There will also be a Best of Show prize and a VP Purchase award, in which the college purchases work for its permanent collection.

Happy Holidays from the Boulder Phil. 3 p.m. Sunday, Dec. 13, boulderphil.org. Pay what you can.

Ring in the holidays with the spirited sounds of the brass and percussion sections of the Boulder Philharmonic. From “Deck the Halls” to music for Hanukkah, Gabrieli and “Have Yourself a Merry Little Christmas,” this colorful and wide-ranging program is sure to leave you in the holiday spirit. This is a digital event offered to the community — please give what you can to support the Boulder Phil’s mission and musicians.

This lecture will introduce klezmer music as a kind of Jewish dialogue, or Jewish discourse. Klezmer is Jewish instrumental music from Eastern Europe, and it comes from the same culture as the Yiddish literature of Sholem Aleichem, S. J. Abramovitsh and others. It makes sense that the music and literature of this culture would share certain features. But can we specify what those are? Or are music and literature too distinct? Professor Yonatan Malin will address these questions from cognitive, cultural and music-analytical perspectives. Musical examples will include recordings from the early 20th century to today. Register prior to the lecture.

Slow down to enjoy the winter scenery, sounds and seasonal changes with naturalist Martin Ogle. This walk is for adults and children age 8 and older. Meet at the entrance to Coal Creek just south of Ryan Elementary School where Centaur Village Drive ends at Centaur Circle. RSVP required.

The great Charlie Chaplin wrote and directed his first feature-length film, The Kid, in 1921. He incorporates his usual slapstick comedy with an endearing story of the Little Tramp’s adoption of an orphaned kid of the streets, played by Jackie Coogan. As it says in an introductory title card, it is a story that brings a smile and perhaps a tear.

Charlie Chase, one of the lesser known “silent clowns,” brings his whimsical touch to this short comedy. Mr. and Mrs. Moose each have physical attributes that need cosmetic attention. Once they visit the dentist and doctor, respectively, they are so wonderfully changed in appearance, they do not recognize each other and begin a madcap flirtation.

Showcasing the rare talents of Brazilian acting legend Regina Casé — star of The Second Mother — the latest feature from director Sandra Kogut is a brilliant comedy about gross class disparity and the infinite resourcefulness of those who can never take anything for granted.

‘Markie in Milwaukee.’ Through Jan. 1.

A 7-foot-tall fundamentalist Baptist minister, Markie Wenzel finally began living as female at age 46. It was a decision that ended her 20-year marriage, estranged her children and exiled her from the church that defined her. Filmed over a decade, Matt Kliegman’s acclaimed documentary asks: When your loved ones won’t accept you for who you are, how can you accept yourself?

Film streaming from Dec. 9-13 with virtual discussion and Q&A on Sunday, Dec. 13 beginning at 5 p.m. MST Tickets are $5 per household, with added donations welcome. All proceeds will be shared between El Refugio, Casa Alterna, Paz Amigos and the film’s national outreach campaign, welcomestrangersfilm.com.

When asylum-seeking immigrants are released from the Aurora ICE detention facility onto unfamiliar streets in Colorado, where can they go for help? Since 2012, Sarah Jackson and her team of volunteers at Casa de Paz have welcomed them into her home and helped to reunite them with their families.