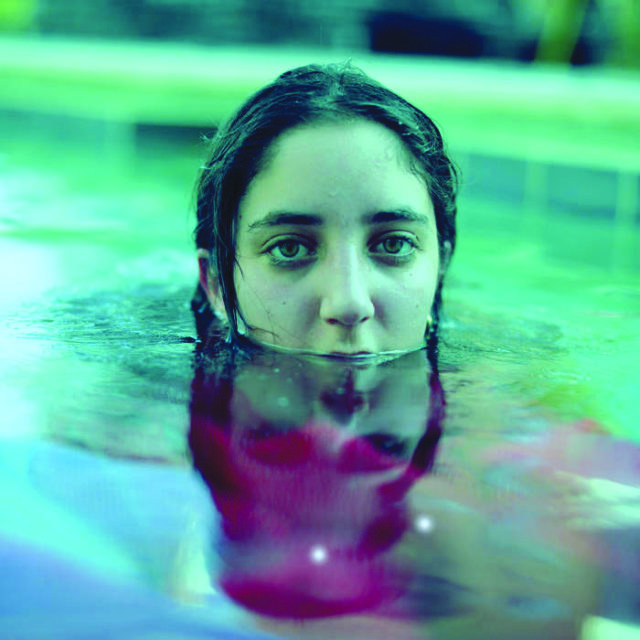 For inclusion in Boulder Weekly’s round-up of events, please email Caitlin (crockett@boulderweekly.com) with a description of the event that includes the date and time, location, cost, and other pertinent details.

A particular someone left candy canes over the grounds at City Park. Bring your flashlights and help find them. Children will get a chance to decorate their bag before the hunt, and prizes will be awarded for the candy cane hunters that find the special hidden elves and the golden candy cane. Parents must accompany children (no charge for adults). This event is for ages 3 and up.

Boulder Nablus Sister City Project presents Concert for a Cause. 11 a.m. Sunday, Dec. 6. To attend, please make a contribution at paypal.me/bnscp. BNSCP requests a minimum donation of $15, however, all amounts are welcome — give what’s best for you.

The Boulder Nablus Sister City Project will be hosting a performance of Palestinian musicians to raise $3,000 to provide 16 scholarships to music students from Askar Refugee Camp in Nablus. Each scholarship will provide music lessons for a full year. 100% of funds raised go to music scholarships. Watch a short video of the performers and get more information: bouldernablus.org/concert-for-a-cause.

This epic fundraiser extravaganza will be broadcast live and direct from Stewart Auditorium, featuring a dozen musical acts over eight hours. Musicians will perform original tunes and holiday standards to help get us into the mood of the season. The evening will be interspersed with live interviews and unexpected moments. And, in classic telethon style, donations will be taken online and over the phone for the duration of the show in support of the Longmont Museum.

This December, there’s really no place like home for the holidays. This special video celebration of Boulder’s treasured tradition, the decades-old Holiday Festival, brings together faculty and students from across the College of Music to perform seasonal favorites and other classic selections recorded throughout the fall. You’ll be able to play the enchanting all-ages concert from home while you decorate gingerbread houses, relax with a cup of cocoa or even sit beside a warm fire as the snow falls outside.

Stone Cottage Studios is hosting an Artist Session with local singer-songwriter Dafna on Dec. 8. Dafna released her debut album I LOVE YOU on Sept. 25. Her set of four tracks from the album will be intimate and stripped down, just the way she wrote them: “When I write music, I’m writing it alone at the piano just thinking about the lyrics and the way they interact with the melody,” Dafna said in a press release. “So a stripped down session of just me and the piano is the best way to truly encapsulate what I was feeling when I wrote these songs.” Stone Cottage Studios’ Artist Sessions are an interview-style series where musicians have a chance to tell their stories and connect with fans and followers on a deeper level. They record the discussions and performance with top-quality technology and filmmakers to provide audiences with an incredible digital experience.

This year, the traditional Lyons Holiday Parade of Lights is transforming into a pandemic-safe event, as a stationary Frozen Parade. The Frozen Parade of Lights will feature illuminated vehicles and trailers throughout town, as decorated by residents and businesses. Spectators can drive through, to both enjoy and become part of the parade. The parade will span across town, transforming Main Street and High Street into a tour of lights. Visit lyonscolorado.com to register for the Frozen Parade.

In a deeply divided country, there’s one thing Americans can agree on: Dolly Parton. This nine-part series by RadioLab’s Jad Abumrad explores how one country singer — enhanced by silicon and bedazzled in rhinestones —  from the Smoky Mountains of Tennessee become such a unifying figure in the United States. Abumrad — himself raised in East Tennessee — makes the series part sociological study, part entertainment by homing in on the “quivering mass of irreconcilable contradictions” that make Parton such a beloved anomaly: raised in a one-room cabin, Parton’s business acumen spits in the face of Southern stereotypes; a professed Christian, Parton has proudly dressed, in her words, like the “town tramp” all her life; she’s an icon in the LGBTQ community, but refuses to make a public stance on politics; and yet despite her open-minded compassion, her Pigeon Forge dinner theater, Dolly Parton’s Stampede, for years performed reenactments of the Civil War in which the South could sometimes win. But Abumrad didn’t forget the music. In true RadioLab fashion, Abumrad remixes “Jolene,” and offers one professor’s radical reimagining of the Dolly classic.

Someday humans will live on Mars. But how do we prepare for such a mission? In 2015, six non-astronaut volunteers entered a small dome on a volcano in Hawai’i, which resembles the surface of the red planet, and wouldn’t emerge for a year in a mission organized by NASA. From Gimlet Media, The Habitat follows the volunteer crew through voice recordings sent to science journalist Lynn Levy, who narrates the series interspersed with commentary about prolonged isolation and anecdotes about previous space missions. The voice diaries are fascinating, despite the monotony of life inside the dome, and Levy’s narration is engaging. It’s like reality TV but with large implications for the future of space travel and, perhaps, humanity.

A single-file line of young people walked the winding corridors of the U.S. Capitol in search of Nancy Pelosi’s office in November 2018. They wore black, singing and chanting, demanding political will to address the climate crisis. The scene drew international attention to the Sunrise Movement, a group of young leaders working to elect officials committed to addressing climate change and advising on climate policies at all levels of government. It’s also the scene featured in the first episode of Inherited, a new podcast exploring the stories of youth activists and young people impacted by the climate crisis and working to abate it. The pilot season explores a wide range of topics, from political activism to community recovery following natural disasters to deteriorating mental health arising from the existential crisis climate change presents for young people. From Critical Frequency, Inherited presents stories from, for, and by the youth climate movement.

If nothing else, 2020 begs the question, “How did we get here?” In NPR’s first history podcast, Throughline, hosts Rund Abdelfatah and Ramtin Arablouei explore moments that changed everything, that shaped the world as we know it today. But these slices of history are often a passing news headline or not told at all. Abdelfatah and Arablouei narrate each episode spliced with historic soundbites and modern-day interviews, and the pair — succinct, engaging, affecting — are everything we want in podcast hosts. Recent favorites include “The United States vs. Billie Holiday,” about how the advent of the war on drugs led to the acclaimed singer’s untimely death; “The Everlasting Problem,” about the start of America’s everlasting health insurance problem; and “James Baldwin’s Fire,” not to mention a slew in November about the U.S. electoral system. It’s history like never heard before.