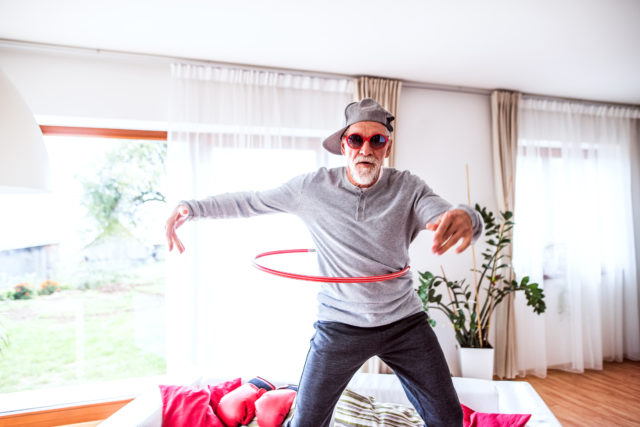 Don’t miss this free, 30-minute, family-friendly Motus Theater Shoebox Stories Podcast performance centered around the importance of using our vote, featuring Ai-jen Poo, director of the National Domestic Workers Alliance, Motus UndocuAmerica monologist Victor Galvan, and esteemed jazz musician Robert Johnson. The performance features a special visual version of the Shoebox Stories podcast recording in which Ai-jen Poo reads the autobiographical story of Victor Galvan illustrating the importance of courage and perseverance during a time of great threat. They share anecdotes about getting out the vote and remind us all of the power we have when we engage our citizenship together.

The Longmont Quilt Guild (LQG) will have quilts, baby quilts, and other quilted items available for sale or auction, Oct. 22 to 25. Do your holiday shopping with LQG and get some one-of-a-kind items. This auction will benefit the LQG charity quilt outreach as well as future programs. The LQG donates quilts to local police and fire departments as well as quilts for kids to local hospitals, quilts for the cancer center, and quilts to comfort veterans. The LQG donated more than 10,000 face masks this year. Your support helps to continue this work.

Local Theater Company presents Living Room Local with Forrest McClendon. 6 p.m. Sunday, Oct. 25. Price: $20. A secure link to the private YouTube presentation will be sent to Season 10 Members prior to the event.

YWCA of Boulder County hosts: Talking to Kids About Racism. 11:30 a.m. and 7 p.m. Tuesday, Oct. 27 via Zoom. Free, but registration is required on Eventbrite.

YWCA Boulder County will be hosting “Talking to Kids About Racism,” a program discussing parenting with a racial justice lens, during two free Zoom sessions on Tuesday, Oct. 27. Researchers have found that to be effective, conversations with children about race must be explicit, and your messages must be put in unmistakable terms that kids understand. This program will explore examining your own beliefs and prejudices; acknowledging privilege; recognizing stereotypes; committing to talking with children about racial prejudice; and looking for teachable moments in everyday life.

The Museum of Boulder is hosting a dual concert on the rooftop featuring folk-rock from Kingdom Jasmine and indie-folk from The Annie Oakley, with snacks and beverages provided by T/ACO (included in the ticket price). Kingdom Jasmine is the pen name of Bob Barrick, a singer-songwriter known for his boundary-bending style of folk-rock. Kingdom Jasmine draws on traditional folk themes while simultaneously incorporating elements of indie and experimental music. The Annie Oakley is an indie folk band fronted by identical twin sisters Jo and Sophia Babb. The sisters combine immaculate harmonies with intimate storytelling, touching on the most human of elements in their writing. All attendees are required to wear masks and maintain social distance.

Prepare to give into the funk and shake your junk as Dave Watts and a stellar crew of friends from the Magic Beans come together for a socially distanced jam at the Boulder Theater. All tickets are sold in tables of four or eight and include two drinks (beer, wine or well), two McDevitt Taco Supply tacos (chicken, pork or veggie), and chips and salsa per person. Additional beverages, food and upgrades are available for purchase at the table. Gratuity is not included.

Turns out Halloween’s not canceled this year. Get funky on All Hallows’ Eve with members of Lettuce and The Motet. All tickets are sold in tables of four or eight and include two drinks (beer, wine or well), two McDevitt Taco Supply tacos (chicken, pork or veggie), and chips and salsa per person. Additional beverages, food and upgrades are available for purchase at the table. Gratuity is not included.

Get stoked for alpine starts and epic powder days with this guidebook from co-authors Alan Apt and Kay Turnbaugh. This guidebook connects readers with classic ski trails within day-tripping range of every major Front Range city, with more than 95 routes varying in difficulty; full-color photos and topographic maps; and an introduction to gear and avalanche safety. In the virtual talk on Oct. 22, Apt and Turnbaugh will share first-hand expertise on their favorite routes, gear selection, snow safety and more.

Against the backdrop of COVID-19, climate change, civil unrest, historic polarization, and a highly contentious U.S. presidential race, “truth is stranger than fiction” is a phrase we’ve all become a little too familiar with lately. Join three accomplished novelists as they reflect on how the present moment far outstrips even their wildest imaginings.

In The Boy From The Woods, a man with a mysterious past must find a missing teenage girl in this shocking thriller from New York Times bestselling author Harlan Coben. Coben, who also created the hit Netflix drama The Stranger, takes readers into the heart of family loyalty in this twisty page-turner that proves that the darkest secrets are often closest to home.

Attachment theory has entered the mainstream, but most discussions focus on how we can cultivate secure monogamous relationships. What if you’re striving for secure, happy attachments with more than one partner? Polyamorous psychotherapist Jessica Fern extends attachment theory into the realm of consensual nonmonogamy. Using her nested model of attachment and trauma, she expands the understanding of how emotional experiences can influence our relationships. She sets out six specific strategies to help you move toward secure attachments in your multiple relationships.

Boulder-based author John Shors will share tales and photos of past travel adventures to locations in Asia where many of his books are based. Set in Thailand and Nepal, Shors’ newest book, My Midnight Sun, follows a distraught 30-year-old, Owen Sterling, whose life takes a turn when tragedy strikes during his honeymoon in Thailand. The character returns to Asia attempting to make peace with his past and in the process embarks on an entirely new adventure while helping a young Thai woman who’s battling her own demons.

It’s been 10 years since the Social-Democratic War of Liberation: “The most peaceful revolution the world has known.”

So opens director Lizzie Borden’s incendiary 1983 film, Born in Flames — a guerrilla-style collage of archival footage, documentary and scripted narrative that’s as relevant today as ever before.

“And now what?” Kelly Sears says. “Things aren’t fixed, you know. It’s not like we had this revolution, and everything works.”

Sears, a filmmaker and CU-Boulder professor, has been thinking about Born in Flames a lot lately, both in regards to her own work and how the movie remains “wholly resonant.”

“I think we’re at this moment right now, where we’re all getting very nervous about what’s happening in three weeks,” Sears says. “What happens if Biden gets back into office? That’s not going to fix things. And what happens when you move back to the left? Or you think you have this progressive move, and you realize the problems aren’t being addressed, and the problems are still there.”

For Sears, the movie depicts that reality as “fractured, decentralized and problematized” — a trick director Borden pulls off by refraining from clean lines and didactic simplicity.

Borden (born Linda Borden, she changed her name to Lizzie after the Massachusetts murderer as a form of rebellion) credits the agitprop films of Jean-Luc Godard as inspiration for her brand of social cinema: a blend of social documentation and science fiction. Descriptors Borden sometimes rejects.

“You can think about this film in terms of that,” Sears says. “While this isn’t science fiction, it could be an alternate version of what happens in our country: how people come together. Because the rules of [Born in Flames] aren’t different than the rules of the universe we live in right now. But the politics are so radically different.

“I think that it imagines — and that’s something that science fiction does as well — it imagines a different way or a different kind of world we could live in,” Sears says.

“I think the moment we jump into this film,” she says, “is when it’s realized that the revolution has not changed conditions.”

That leads Borden to imagine the grassroots efforts needed to continue the revolution.

“There are two pirate radio stations. There’s this rogue women army that’s taking justice for violence against women’s bodies into their own hands,” Sears says. “That next level varies across the film. Sometimes it moves into violence. Sometimes it moves more into community education and organization.”

Which is one of the many ways Born in Flames is resonating with Sears. She’s working on a series of short films “connected by an interstitial narrative that are about strange sound phenomenon, collective resistance and landscape politics.”

Sears hopes to have the first installment done in 2021. As for Born in Flames, you can catch that on TCM, 12:30 a.m. Wednesday, Nov. 4, or via The Criterion Channel.