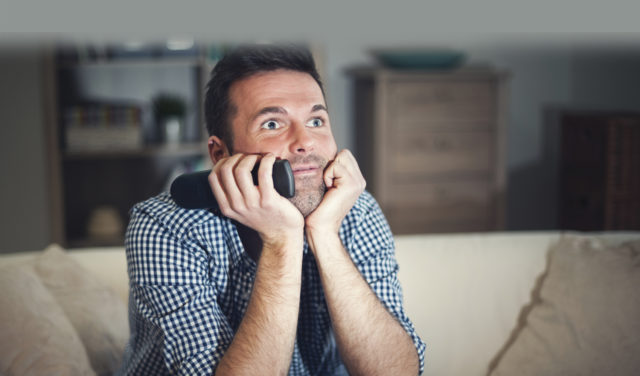 If your organization is planning a virtual event of any kind, please email Caitlin at crockett@boulderweekly.com.

Boulder has the third largest concentration of artists in the country according to a recent study conducted by the National Endowment for the Arts. Celebrate the rich diversity of Boulder County’s cultural landscape at the seventh annual Boulder Arts Week from March 27 to April 4! This large-scale, inclusive celebration of our community’s vibrant arts and cultural offerings and our city’s thriving creativity is now being offered online. Search the calendar for exhibitions, performances, dance, music, theater, public art, lectures, readings and workshops that you can enjoy from home. There are tons of projects that are great for kids and adults alike. Please support your local arts community during this time of uncertainty

Join this virtual gathering to hear a variety of trans individuals share poetry, songs and other forms of art. Hear local representatives speak. This event is open to all identities. Spanish interpretation will be available at this event. If you are interested in performing poetry/prose or a song, or speaking at our Trans Day of Celebration, please email Charlie Prohaska (they/them) at cprohaska@outboulder.org. For any questions about this event, please email Michal Duffy (they/them) at mduffy@outboulder.org.

Join Global Greengrants Fund President and CEO Laura García, and Director of Gender and Equity Ursula Miniszewski for a discussion about the important role women play in addressing climate change. Ursula and Laura, lifelong environmentalists and feminists, will discuss the unique impacts of climate change on women, the gap in funding at the intersection of women and environment, and many of the solutions women are implementing worldwide. This discussion is free and open to all. Please RSVP at the link above or find more info and a link to the Zoom meeting at boulderjcc.org.

If you missed the virtual show by Clay Rose and Adam Perry of Gasoline Lollipops at Jamestown Mercantile on Sunday, March 22, you’ve got another chance to rock out with these local heroes as they offer another virtual show, this time from Boulder’s Gold Hill Inn, on Sunday, March 29. “We’ll be playing requests only,” Perry says via email, “so listeners can comment, requests and even call the Inn at 303-444-7622 with their song requests and messages, and we’ll put them on speaker phone during the show.” Full-time musicians like Rose have lost livelihood with closures because of the COVID-19 pandemic. Any donations made during the show (via @Clay-Rose-2 on Venmo and clayrosemusic@gmail.com on PayPal) will be given directly to Clay and his family.

Susan Choi won the 2019 National Book Award for fiction with this engrossing novel, examining power dynamics, love and memory. Set in a nondescript American suburb in the ’80s, Sarah and David begin a clandestine love affair during the summer of their freshman year of high school. But when sophomore year begins, miscommunications tear their romance apart. Ostensibly a coming-of-age novel, ‘Trust Exercise’ is much more than the first 131 pages would have you believe. By the end, you won’t know what to believe. — Caitlin Rockett

The Art Before the Horse — Chris McDonnell

‘BoJack Horseman’ redefined adult animation. Through six seasons on Netflix, a show about a humanoid horse — a has-been actor, depressed and totally succumbing to his addictions — became a cult classic that addressed mental health and power dynamics in a way no television show has before. Released prior to the fourth season, Chris McDonnell’s book gives die-hard fans a chance to see the pain-staking attention to detail that show creator Raphael Bob-Waksberg and illustrator Lisa Hanawalt applied to every scene of this emotionally charged and hilarious show. — CR

Milo is the oldest soul in the universe. He’s been reincarnated 9,996 times when we meet him, but he’s only got four more lives to get it right — that is, to achieve nirvana and become eternally one with the universe. Oh, and he’s in love with the incarnation of Death. For fans of Neil Gaiman and Kurt Vonnegut, this is a darkly hilarious love story that tenderly examines the messy beauty of humanity. Good for adults and young adults alike. — CR

After an “airborne toxic event” throws a midwestern town into chaos, Jack Gladney and his very blended family must find a way to carry on with the everyday chaos of family life. While the black cloud in the sky presents something tangible to fear, it’s the background sound of everyday modern life — the constant presence of television commercials, tabloid magazines, radio programming, satellite dishes, microwaves — that’s surreptitiously unraveling them all. As significant now as it was when it debuted in 1985, ‘White Noise’ offers insight into the way humans are shaped by the constant hum of consumerism. — CR

The resilience of Latina identity is the heart of Kali Fajardo-Anstine’s collection of short stories, all set in Denver. A combination of strength, grace, caution and trauma mark her characters and their narratives, as we move through time and space watching a city gentrify and a new generation emerge. It’s the story of friendship, mothers and daughters, sisters and cousins, and ultimately heritage and home. Longlisted for a National Book Award, Fajardo-Anstine’s sharp, direct dialogue and prose is full of promise. — Angela K. Evans

If you’re feeling stressed, Palestinian-Filipino American singer-songwriter Hanni El Khatib has the song for you, evoking the sounds of those Dust Brother-produced albums of the ’90s.

This local singer-songwriter was the winner of last year’s Songwriter Showcase at Folks Fest. “Weightless” is a dreamy, soul-searching example of her lyrical prowess.

A neatly funky track waxing poetic on the energizing power of physical love.

A mystical folk journey that will have you dreaming of walking away from your desk, out of the city and into the love of your life.

A deceptively quiet song about just how exhausting — and terrifying — defeat can be. Jacklin herself has called it “a very long and exaggerated sigh.”

Lots of artists want to cultivate an air of mystery, but SAULT means business. Can’t tell you much about these musicians other than they make groovey, dubby, hooks that dare your ass not to shake.

A soulful, electronic-tinged ditty that wonders aloud how to live in a world that often feels quite mad.

This minimal, slow-building piece of instrumental noir feels like a never-released interlude ripped off of Trent Reznor’s harddrive.

Nobody does anxiety better than Thom Yorke. On his third solo album, Yorke sets his worries against his most danceable grooves yet, including this subtle head-bobber.

‘Apocalypse Later: Harold Camping vs. The End of the World’ As 2010 drew to a close, TV preacher and Biblical mathematician, Harold Camping, predicted the world would end on May 21, 2011. Or on Oct. 21, 2011. Whichever. Most saw him for the crackpot he was, but those “Save the Date” billboards sure did scare the crap out of a lot of people. And from public panic to Camping’s calm, Zeke Piestrup’s documentary is positively captivating. It seems like you can’t go a decade without a good end-of-the-world scare. On Amazon Prime.

‘After the Storm’ Ryota is a successful novelist, but he’s also a louse of a son, a failure as a spouse and a flop as a father. But he needs a place to stay. Typhoon’s a-coming and his mother, ex-wife and estranged son will have to let him ride it out in their cramped little apartment. It’s quiet, sweet and surprisingly hopeful — just the sort of story you’d expect from Japanese maestro, Hirokazu Kore-eda. His latest, ‘The Truth’, will hit theaters after this storm passes. Until then, give ‘After the Storm’ a stream via Kanopy.

‘American Factory’ Winner of the 2019 Oscar for Best Documentary, ‘American Factory’ tells the tale of a shuttered Ohio auto plant brought back to life thanks to Chinese investors (sort of). In today’s world and today’s economy, there’s no such thing as local, no matter how hard we want to believe. On Netflix.

‘The Housemaid’ Dong-sik Kim just needed a little extra help around the house. He’s busy working at the factory during the day, composing music at night. His wife takes care of their two kids, but when she becomes pregnant with their third, help must be hired. Enter Myung-sook, young, attractive and completely unhinged. At first, you think Myung-sook is a stock femme fatale, but then she becomes so much more. Claustrophobic and relentless, ‘The Housemaid’ is the perfect intersection of noir and horror, and one of South Korea’s greatest films. ‘Parasite’ got you hankering for more? ‘The Housemaid’ is at The Criterion Channel.