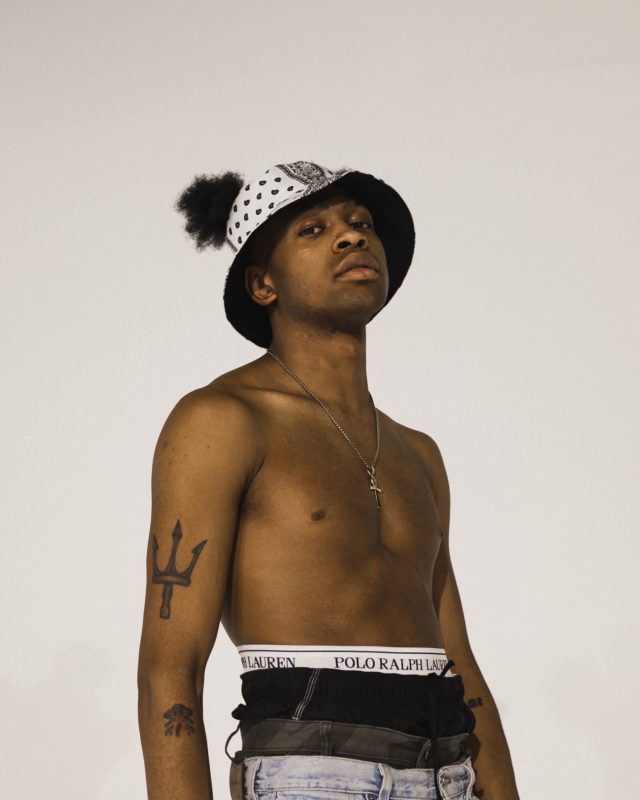 Growing up in the Baptist church in Denver, a queer Black boy slept while the preacher gave his sermon—but the boy came to life when the choir belted out the gospel.

He watched in fascination as members of the congregation “caught the Holy Ghost.” Other church-goers snickered at their spiritual freakouts, but N3ptune wondered: Why can’t I do that to people too?

“It was literally always the music,” says the boy, now a 24-year-old creating soulful, electro-tinged pop music under the moniker N3ptune, “other than the fear-based teachings and the word. I didn’t want to hear that shit,” he adds with a laugh.

Over the last few years, N3ptune—with flamboyant costumes, theatrical stage presence, powerful vocals and poignant lyricism—has become a staple in Denver’s music scene, holding down a residency at the Meadowlark, putting on a breakthrough performance at Denver Fashion Week, rocking the house at Meow Wolf and Westword Music Showcase, and opening for acts like Wycleaf Jean, Sleigh Bells, Kennyhoopla and Aluna (of AlunaGeorge).

But as a Black queer artist, N3ptune describes performing for the first time at Denver’s Pridefest in 2017 as a defining experience.

“I was 19, and found out five minutes before that I was actually the first person performing,” N3ptune says. “My dear sister Kayla Rae was with me when I found out. She was like, ‘You’re built for this… you’re here for a reason.’ And little baby me ate that up, then did it again the next year,” and the year after that.

Pridefest was one of the first opportunities N3ptune got to showcase his style: He had backup dancers in matching attire performing choreography he developed. In a way it was like being in church, N3ptune now the preacher offering an explosive musical sermon.

“COVID knocked me the fuck out,” he says. “I went through a physical, spiritual, full-blown rebirth entirely.”

Standing at the precipice with the Grim Reaper nudging him to jump, N3ptune did the one thing he could muster the power for: write. Thus, his debut album, Renaissance (which translates to “rebirth” in French), began taking shape. Crafted in collaboration with fellow Denver-based multihyphenate Alex “Rusty Steve” Restivo, Renaissance is a showcase of organic talent, with no room for smarmy love songs or ruminations about the past: Renaissance is a collection of raw, real-time experiences. The album’s centerpiece, “BLACK HORSE,” shows N3ptune pushing the outer edge of his vocal range: “There’s a renaissance on the rise,” he croons, evoking the spirituality of the gospel choir he so loved as a boy. But “the time is nigh,” he warns by the chorus, “prepare to die.”

In “ABSENT,” N3ptune speaks on his chronic and current tendency to dissociate in difficult situations. On “WHITE PONY,” the artist explores the reality of nuance, the fact that we are “all anti-heroes,” he says.

In a recent Instagram post, N3ptune opened up to his fans about his major struggles with depression right at the beginning of Mental Health Awareness Month. Music is many things for N3ptune, including a form of therapy and a connection to a higher power.

“The vibrations and the waves and everything it can be,” he says. “Some folks got Jesus, but music is my savior,” he says with a laugh.

Fresh off a studio release, it’s common for artists to be muddled about what the future holds. N3ptune, however, has a masterplan, his ascension plotted “all the way up until October.” Performance—his ultimate medium—will be in droves, including Denver’s Globe Hall on May 20, and a nationwide tour alongside Sleigh Bells that kicks off in August, going from Toronto to Detroit, Chicago then Minneapolis, Atlanta, Charlotte and beyond. There are no more ifs, only whens.

N3ptune knows what it’s like to be alienated as an oddball, to be tokenized as a queer Black man, to be backed into a corner and told what it is he does and how he should do it. N3ptune refuses to take any of that shit nowadays.

“If anybody says what I should do or how I should do it,” he says, “I’ll tell ’em imma do every goddamned thing I want to.”

Email comments or questions to editorial@boulderweekly.com