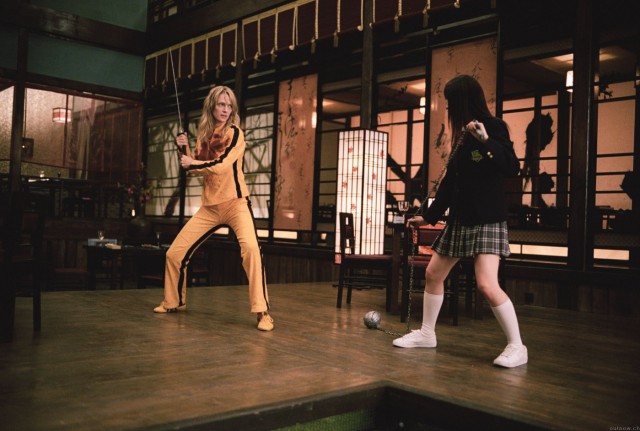 The International Film Series, which kicks off today, is an outlet for experimentation, and this season IFS Director Pablo Kjolseth created a program full of original ideas.

Kjolseth’s job is to find new movies to bring to IFS, and that includes attending film festivals around the world. He took time in between screenings at Sundance Film Festivals to talk to Boulder Weekly about his plans for the upcoming IFS season.

The main difference in this season, Kjolseth says, is IFS working with other productions to bring several themed weeks.

“Often times we’ll just try a whole bunch of things and see what sticks,” Kjolseth says. “That’s one of the nice things about having a local, nonprofit film series.”

First up, Quentin Tarantino fans will be happy to see IFS partnering with Miramax to bring the director’s biggest hits, including Kill Bill Vol. 1 and 2, Reservoir Dogs and Jackie Brown with special guest Pam Grier, star of the film. Look for the Tarantino films Feb. 19-22, and unlike other IFS films, they will be free to all University of Colorado students.

After adding the Visual Arts Complex auditorium to his list of venues last season, Kjolseth says he hopes to use the space to screen movies with dark undertones.

“Because it’s in the basement, we want to experiment with the underground series that are more edgy,” he says.

The first of these movies will be Diablo, the twisted, bloody, Argentinean film about a boxer’s life after killing his opponent in the ring. Kjolseth says Diablo will function as the perfect pre-cursor to the following night’s screening of Pulp Fiction.

For the week leading up to the Academy Awards, IFS will showcase Oscar-nominated shorts on Feb. 22-25, including live action, animated and documentary — always a popular attraction for film buffs.

After being approached by the Colorado Shakespeare Festival Guild, Kjolseth created another themed week from April 4-8 that will feature Shakespeare on film, screening popular movies including 10 Things I Hate About You, Forbidden Planet and Roman Polanski’s Macbeth. Along with movies, there will be discussions and activities.

“I’m excited to do these theme weeks because some people might not know that Forbidden Planet is based on The Tempest,” he says. “You can attend a panel and it adds layers to the film experience.”

This upcoming season, Kjolseth says, is more assessable than others have been. But for those die-hard IFS fans, don’t fret; the season will still feature the perennially ignored art-house classics the IFS is known for. Kjolseth says these movies will reward those brave souls that come.

“There’s a balance to be struck between films that are challenging and ones that have a demand,” he says. “We balance with movies like The Turin Horse. It’s bleak, but those who stick with it till the end will benefit. That movie will burn itself into your retinas.”

The Turin Horse, directed by Bela Tarr, follows the story of a farmer and his daughter and their dependency on one horse for their livelihood. It is a three-hour Hungarian movie with long shots and little narrative.

“We want to entertain you, but there’s not just one way,” he says. “We want to have fun and engaging movies, but we also want to have movies that have their own ways of talking about the world.”

Kjolseth will also be bringing some his festival favorites from Sundance and Vancouver Film Festival like This is Not a Film, about Iranian filmmaker Jafar Panahi’s attempt at creating a film while under house arrest in Tehran — a movie that was smuggled out of Iran on a USB hidden inside a cake.

Another event to look forward to is Scott Frieman’s multimedia presentation, “Deconstructing the Beatles,” on April 14-15. A composer, producer and engineer, Frieman will unravel the Beatles’ Sgt. Pepper and the Lonely Hearts Club and The White Album, examining harmonies, lyrics and stories behind the songs.

Along with Frieman and Grier, expect other special guests throughout the season including Thailand filmmaker Apichatpong Weerasethakul, director of Uncle Boonmee Who Can Recall His Past Lives, showing March 4.

The season will close out with the Communikey documentary festival, which will provide free documentaries from April 26-29.

IFS kicks off its season Jan. 25 with a showing of Melancholia.

For more information and a full schedule, visit www.internationalfilmseries.com.