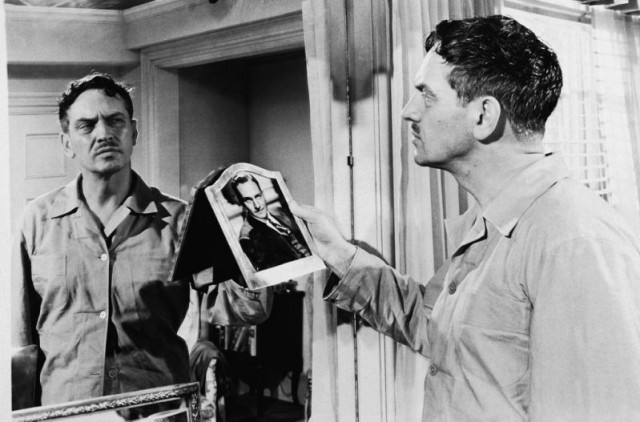 Hollywood Producer Samuel Goldwyn said it straight: “I don’t care if the film doesn’t make a nickel. I just want every man, woman and child in America to see it.”

He was referring to 1946’s The Best Years of Our Lives, screening at The Boedecker Theatre on Nov. 11; Veteran’s Day.

The scheduling isn’t coincidence. The Best Years of Our Lives is the story of three vets returning home from World War II: Al (Fredric March), an infantry platoon sergeant; Fred (Dana Andrews), a decorated Army Air Force Captain; and Homer (Harold Russell), who served on an aircraft carrier that sunk and cost him both of his hands, now replaced by prosthetic hooks.

While they return home conquering heroes, it gets them little more than a pat on the back. Al returns to the bank and Fred takes up his old position at the soda shop. It does not go well for either. Al starts hitting the bottle and Fred is fired when he gets into a fistfight with a customer who casually remarks that the soldiers fought the wrong war. Don’t they know the Communists were the real enemy, not the Nazis? Welcome home, soldier.

By the time The Best Years of Our Lives hit theaters, America had been out of the war for 15 months and was just starting to grapple with the issues faced for returning soldiers. The Best Years of Our Lives tackled the subject in a way that no other Hollywood movie did, or has done since. It is a quiet movie free from showy performances and overtly melodramatic scenes.

Shot by the incomparable cinematographer Gregg Toland, The Best Years of Our Lives is full of visually poetic scenes that speak louder than words ever could. Consider the scene where Fred — waiting at the military airport for a plane to leave Boone City — stumbles across an aircraft graveyard. The planes are grounded and quickly falling apart, completely useless in peacetime.

Based on a script by Robert E. Sherwood and directed by William Wyler — who served in the Army Air Force from 1942 to 1945 — The Best Years of Our Lives is an incredibly personal film with pitch-perfect performances. The standout was the nonactor Harold Russell for his portrayal of Homer and it earned him a nomination for Best Supporting Actor at that year’s Academy Awards. Fearing that he might not take home the statue, the Academy awarded Russell a special recognition “for bringing hope and courage to his fellow veterans through his appearance.” Later that night, Russell won the Best Supporting Actor award as well, making him the only actor to win two Oscars for the same performance.

Best Years went on to run the table at the Oscars. Nominated for eight and winning seven, plus Russell’s honorary and a memorial award for producer Samuel Goldwyn, who got his wish. The Best Years of Our Lives sold 55 million tickets. Looks like darn near every man, woman and child did see it.