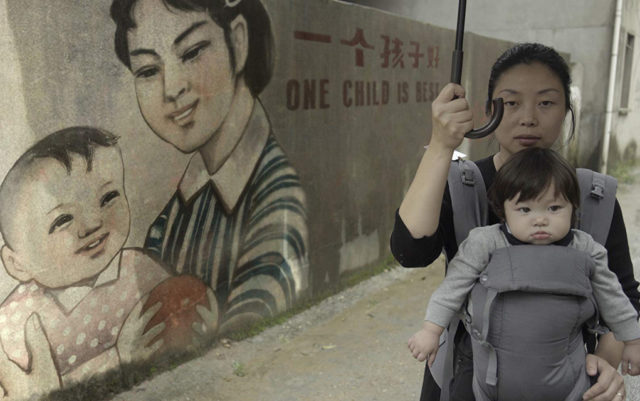 The year was 1978, and China’s future did not look promising. The country had survived wars, depression and famine, plus a cultural revolution was taxing the nation. Resources were tight, but as the population neared 1 billion, things went from bad to worse. If Chinese families continued to have three children, then there was no telling what might happen. China, it was surmised, would have to resort to cannibalism.

At least that’s what one interviewee in Nanfu Wang’s documentary, One Child Nation, thinks. The only way to avert such a dystopia: government-enforced population control. And in 1980, China began enforcing its one-child policy.

Born in a rural farming village in 1985 — during the policy’s first wave of family planning — Wang has since emigrated to the U.S. for education and work. But with the birth of her son in 2017, her mind turned back to her family and her past. Needing to know the rest of the story, Wang picked up her camera and returned to discover the legacy of her nation’s atrocity.

The stories are barbaric. When Wang sits down with the midwife of her region, she asks: How many babies did you deliver? The midwife has no idea. But she does know that she assisted in the abortion and sterilization of somewhere between 50,000 and 60,000 children and mothers. Her title: family planner.

She is only the beginning. Pregnant mothers found in violation of the policy were taken, induced — often in the third trimester — and the fetus was discarded like refuse. For this, family planners were rewarded and recognized in official ceremonies.

Wang talks to her mother, who recounts helping a friend discard a child. Wang’s uncle tells of abandoning a baby at the market, hoping someone else would take the child. No one does, and after three days of crying, the child died of exposure. I can’t stand to hear my son cry for a minute, Wang says, how did you manage three days? Her uncle can barely hold back the tears.

The uncle and the midwife show remorse — she has since dedicated her life to helping infertile parents as means of atonement — but the rest of Wang’s subjects are unflinching and unapologetic in their actions. They had no choice in the matter. It was policy, nothing more.

That policy shifted in the ’90s and early 2000s when news of abandoned babies reached the shores of the United States and Europe. Adoption can often be a labyrinthine process, but when it came to Chinese adoptions, money was enough. Enough to give rise to an unholy and immensely lucrative industry of human trafficking.

One Child Nation is both a moving piece of documentary and profoundly unsettling. Wang’s camera holds truth to power in a way that emphasizes the “we” in “we the people.” She spins the political out of the personal; preserving and presenting an atrocity with the hope that empathy might be the only way to move forward in this world. As artist Peng Weng says, “The tragedy of a nation is to have no memory.”

Without it, all we are left with is propaganda.