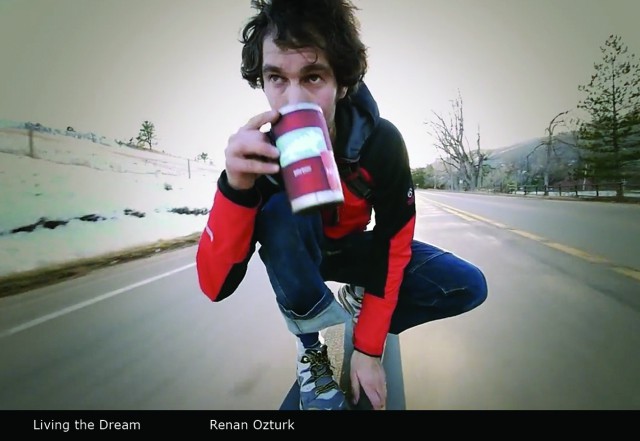 Seven years ago, in a small tent in the midst of a snowstorm in the Himalayas, climber and photographer Jonny Copp drafted the idea for the Adventure Film Festival on a handful of scratch paper. Since then, the idea has grown into an international festival of independent films addressing everything from environmental activism to extreme sports.

Now in its sixth year, the Adventure Film Festival will be showing in Boulder from Nov. 18 to Nov.20.

The festival consists of 25 films hand-picked by a committee of professional athletes, activists, photographers and filmmakers out of 140 submissions from around the world. The subject matter ranges from skiing in the Antarctic Peninsula, to the mysterious disappearance of honeybee colonies worldwide, to the struggle for survival of a little-known tribe of Kyrgyz nomads in Afghanistan’s High Pamirs mountains.

“There’s a little of everything for everybody,” says Aimee Copp, sister of Jonny Copp and member of the festival’s board of directors. “It attracts the everyday person that’s not a climber or a skier or an adrenaline junkie because it’s full of thought-provoking films with powerful stories.”

Jonny Copp’s vision to bring together film, activism and adventure has become a family and community mission since his 2009 death in an avalanche on the Tibet-China border.Climber Micah Dash and filmmaker Wade Johnson also died in the accident.

“Obviously last year was an extremely hard year, not only for our family but also for all of Jonny’s friends and community in Boulder,” Aimee Copp says. “People have been very excited to continue to support and grow Adventure Films in honor of my brother. It’s so important for our family to continue his dream so that his legacy lives on through this festival.”

For many, like Boulder climber, artist and filmmaker Renan Ozturk, carrying on Copp’s vision means continuing to document his adventures to inspire others. Ozturk has two films in this year’s festival, including “As It Happens,” a real-time adventure about a climbing journey into the Nepalese Himalayas that was produced on location with solar energy and broadcast via satellite modem.

“Being outside and creating things to share with others has always been crucial to the way I express myself,” Ozturk says. “I think people really connect to adventure films because they are looking for a glimpse of inspiration to spark change in their own lives. Most people have an inherent
potential for exploration and adventure inside them even if it’s not the
most gnarly, death-defying feat.”

Vance Howard, a Boulder fine-arts photographer and filmmaker, agrees with Ozturk about the ubiquitous humanity in adventure films that appeals to so many.

“Adventure films are fun, both to watch and to make,” Howard says. “I think of it as being similar to our ancestral elders returning to the campfire from an ancient hunt for game and sharing stories of the journey. It’s the same idea now, only we have the glow of HDTVs replacing the sparks and embers of the campfire.”

Howard will be moderating a filmmaker workshop on Nov. 19, hosted by Adventure Films, at the REI store in Boulder. The workshop will be led by multiple Emmy Award-winner Michael Brown, independent filmmaker Marcus Lucas, director and producer Jeff Orlowski and Oscar-winning producer and cinematographer Michael Ramsey. The panel will discuss the latest equipment, shooting techniques, production development and marketing, as well as how to make films with stories that are compelling and meaningful.

“I think that the story is by far the most crucial component of a good adventure film. Conveying the emotional and physical struggle of an adventure is hard to do, but when it’s done well it can really take a film to the next level,” Ozturk says. “For me, the biggest reason to convey the spirit of adventure is that it develops understanding of how fragile the planet is on a deep emotional level.”

Adventure Film Festival takes
place at REI, the Boulder Theater, Patagonia and Neptune Mountaineering
from Nov. 18 to Nov. 20. Festival passes are $50. For more information
and a schedule of films, visit www.adventurefilm.org.