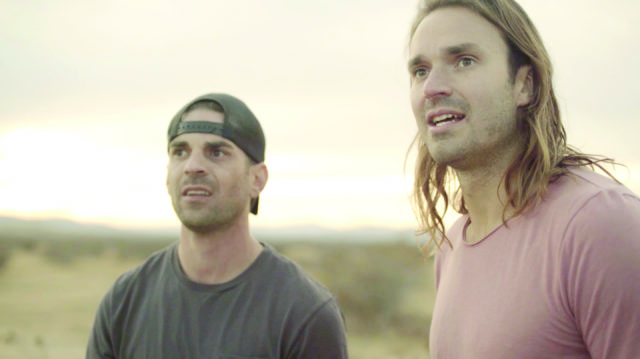 CU-Boulder’s International Film Series kicks off in Muenzinger Auditorium on January 26 with its usual line-up of independent, art-house, and classic cinema programming. What’s unusual this time around is the who behind the programming: CU Cinema Studies & Moving Image Arts faculty and MA students, IFS staff, even Boulder community members get in on the fun and program a few titles. And it all kicks off on January 26 with a free screening of Jodorowsky’s Dune.

“I knew IFS would be programming the 2021 Dune (Feb. 11-14), and I felt Jodorowsky’s Dune is an important film for us to understand the trajectory of the book to the screen,” Emilie Upczak, Cinema Studies professor, writes in an email. “And to see how adaptation can take years, even decades, and can be a collaborative process, one where writers and directors may never overlap but are still influenced by one another.”

And though Jodorowsky’s Dune never made it to the screen, the work done on the project had a significant impact on “science fiction films in the ’70s and ’80s.”

“I am not sure Jodorowsky’s Dune was the greatest film never made, but he certainly spent a lot of time and energy to develop the project and should be recognized for his efforts,” Upczak writes.

“I picked Chameleon Street (Feb. 23) because I have never seen a film that more perfectly shows what it’s like to be Black in America,” Skinner Myers, Cinema Studies professor, writes in an email. “[Wendell B. Harris Jr.] examines institutions from a cynical place and shows how dumb a lot of these institutional leaders are. This quote from the film sums it up perfectly: ‘I’m a victim brotha, a victim of 400 years of conditioning, the man has programmed my conditioning, even my conditioning has been conditioned!’”

“Film, the Living Record of Our Memory (Feb. 6) is the title I’m most looking forward to,” IFS projectionist Anastasia Mathews writes. “The conversation it provides around moving image preservation is incredibly salient,” adding that the doc “emphasizes the extensive work and ethical implications that surround preserving the cultural heritage contained in moving images.”

Negri also programmed Spencer (Feb. 20), Christine, “one of the most neglected [John] Carpenter films,” (Feb. 21), and Chess of the Wind (Feb. 24)—a 1976 Iranian “horror film that was banned upon its release and only recently rediscovered.”

Mathews also selected Merrily We Go to Hell (Feb. 18) and Dance, Girl, Dance (Feb. 19), “created during the golden years of the Hollywood studio system, with the notable distinction that the director behind both, Dorothy Arzner, was one of the few women to direct during this time. In both of these films, I find intriguing notes of modernity that aren’t typical of other films from that era, and which display complexities that are still worthy of discourse today.” And Myers rounded things out with his pick of The Seduction of Mimi (March 17), “A film with strong leftist politics that left me in stitches. Also, Giancarlo Giannini is a joy to watch. Might just be the best performance of his career.”

Available on all major rental platforms, Spirit Quest is the directorial debut of Brent Lydic, who grew up in Colorado Springs and graduated from Colorado State University. Co-written and starring Lydic and Tip Scarry, Spirit Quest is both a send-up of drug-laden spiritual journey narratives and a heartfelt exploration of two friends trying to go through something significant and come out the other side whole. The script moves fluidly from stoner comedy to a buddy picture, with plenty of comedic diversions (one to the 16th century with two bickering Franciscan friars, the other to the 1970s with two Vietnam vets falling for the same woman). Though you’d be hard pressed to explain exactly how the vignettes piece together other than drugs plus desert, work they do, and Lydic and Scarry are entertaining enough to carry you through. Spirit Quest is a lot of fun, but it’s the nighttime bike ride through the streets of Los Angeles that’ll stay with you.

Somewhere in Japan, business is winding down for the night, and café owner Kato (Kazunari Tosa) goes upstairs to his apartment to relax. But on his computer monitor he is still in the café, two minutes in the future. Convinced it’s a trick, Kato goes back down to the café and finds the second monitor, the one that can see into his apartment two minutes into the past. Then when Kato’s past self shows up in the monitor, Kato’s future self reenacts the conversation from the other side verbatim. Why? That’s one of the central questions driving Beyond the Infinite Two Minutes, director Junta Yamaguchi’s clever exploration of the Droste effect, shot primarily on iPhones and cleverly pieced together to look like a single take. The movie benefits greatly from its electric concept and high-energy cast, not to mention an almost casual and completely believable approach to fatalistic philosophy. Available starting Jan. 25.