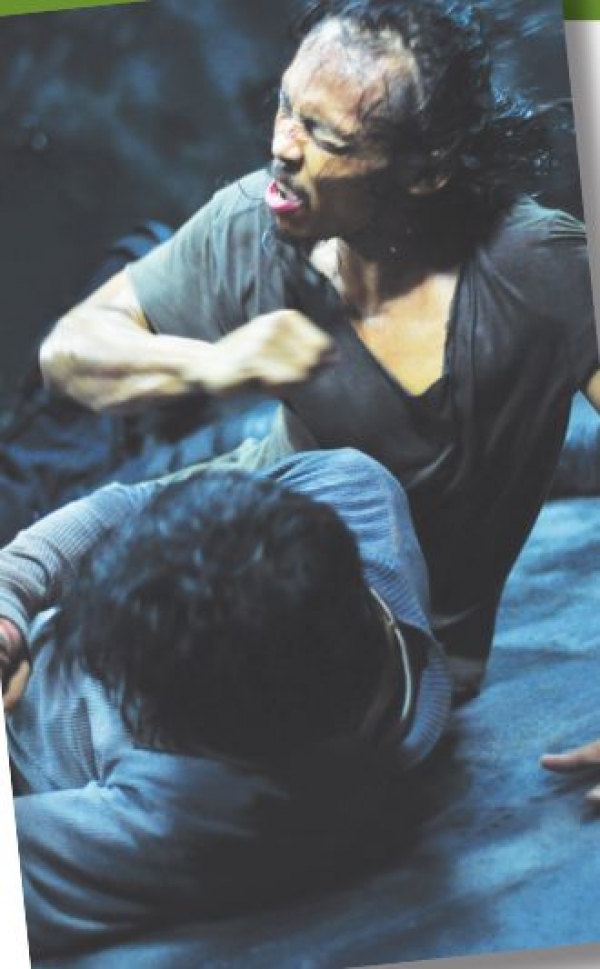 Writer/director Gareth Evans, who admittedly did much more to earn the latter half of his hyphened title than the former, delivers what is essentially a “dude ballet.” Featuring meticulous choreography, orchestrated and punctuated with unflinching cinematic savagery, The Raid is an ode to gratuitous violence, a punch-drunk opus that barely stops to breathe.

Like yoga pants worn in public, the plot is flimsy and mostly see-through, but it still covers the important stuff. Rama (Iko Uwais) is a good cop. You can tell because he has a pregnant wife, and cops with pregnant wives can never be corrupt jerkwads. Unfortunately for Rama, his friends must be less potent or their spouses more barren, because most of them are evil or inept. That makes taking down a blood-thirsty crime lord (Ray Sahetapy) even more challenging.

Encased inside an apartment complex rented entirely by ne’er-do-wells, miscreants and thieves, all of whom know kung fu and furnish their homes with nothing but knives and machetes, the evil mob boss has created an ideal deathtrap. The only person who could survive such a thing would be a perfect human specimen with impossible reflexes and a pain tolerance equal to delivering quintuplets without an epidural. Enter Rama, the baddest mamma-jamma to ever stab a guy with a broken fluorescent light bulb.

Folks, The Raid is violent — like, violent with a capital V that stands for “vivisection.” And yet, it’s mostly harmless, as nobody in this film even passably resembles a real human being. This isn’t just because the characters are more shallow than a Smurf ’s wading pool, but because the sheer amount of impossible punishment rendered unto their faces turns them into cartoons. It would be akin to getting riled up by the aggression Tom shows Jerry.

But we have not come here to bury The Raid: Redemption, but to praise it. Outside of its stupid, studio-mandated colon title, this is an exercise in brutal grace.

If such a thing is your cup of tea, it’s an Olympic-sized pool of Earl Grey. While Evans, a Scotsman whose first major movie is Indonesian, will soon be offered American opportunities, it’s hard to imagine a better global debut than this.