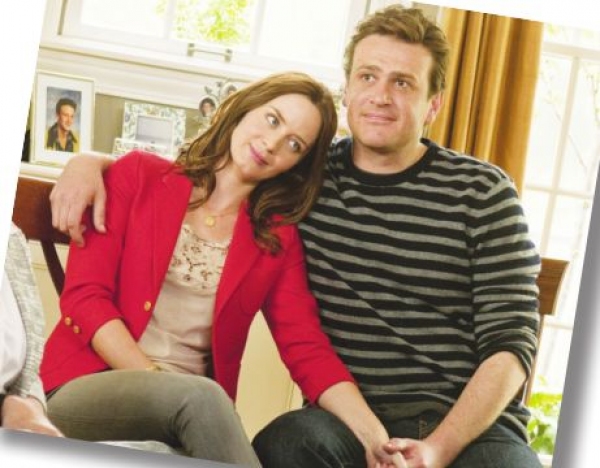 Complaining about the length of a film can be a cop-out, a lazy way to avoid dissecting actual content in favor of basically whining about how valuable your free time is. But jokes about The Five-Year Engagement being long enough to legally make its audience common-law married aside, the duration of this and other Judd Apatow–produced movies has become a discussion point of substantial merit.

Constantly clocking in well past two hours, the length of these films suggests a pretense that is (hopefully) unintentional. Basically, it feels like the creators must think awful highly of their passably sweet, slightly dramatic endeavors, in which everybody drops the F-bomb and at least one dude drops trou, in order to allot them more than 120 minutes.

First they delay because Alex knocks up and then marries Suzie. Then they delay because Violet’s career takes them to Michigan, where Tom is miserable. After the short stint in Michigan turns into an indefinite one, they delay again. Although Segel and director Nicholas Stoller should be praised for penning a romantic comedy in which conflict doesn’t hinge on a single misunderstanding that could be cleared up with a brief conversation, the third act’s pensive meandering is just exhausting. Trim about 45 minutes, and the laugh-to-overly-drawn-out revelation ratio plummets to a delightful level.

Thank the good lord both Blunt and Segel are inherently endearing — extra props to Blunt for making us believe she’s sexually attracted to the oddly shaped, bizarrely mole-dappled Segel. Without any Bridesmaidlevel set-piece laugh extravaganzas (like sink and street pooping), Engagement finds its humor in quieter moments, like Brie’s incredible delivery while choking back tears and Pratt’s oblivious one-liners.

The third act is so full of unnecessary detours that it feels like road construction designed by Daedalus, and it undermines the (thin) integrity of the characters. Watching Tom and Violet carry on as they do throughout the last 30 minutes makes them less compassionate, less endearing and far more grating. Still, with Blunt delivering perhaps her most charming performance and Segel wringing every last drip of amusement from even his facial hair, this is remarkably pleasant. Had Engagement built on its believable conflict and likable casting with judicious editing and a thoughtful conclusion, it may have stood as a semi-classic. Instead, it logs as yet another mildly engaging overlong diversion from Team Apatow.