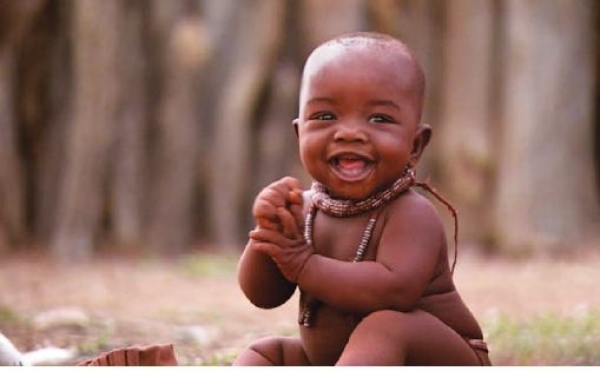 If the French-made, globally minded study in adorableness known as Babies keeps a few Westernized parents from over-scheduling, micromanaging, helicoptering and snowplowing their way through their neurotic kids’ existence, then I say give director Thomas Balmes the Nobel. Even so, I got a little itchy with it, despite a modest 79-minute running time and four subjects — infants from Namibia, Mongolia, Japan and the U.S. — who are indeed adorable.

As with 101 Dalmatians, audience members who succumb to Babies no doubt will be tempted to get one of their own. Balmes and his cinematographers have created a documentary deserving of the title “World’s Most Contemplative Home Videos,” with better lighting, no wisecracking setups (no narration at all, in fact) and less abrasive music. The first year or so in the life of the baby Ponijao is one of close proximity with her mother, a member of the Himba tribe, near Opuwo, Namibia. On a windswept Mongolian plain, baby Bayar fills his days under grand skies with his older brother, while their parents tend to their farm.

It’s easy to tell the babies apart in Babies: Ponijao and Bayar aren’t the ones being raised in the proximity of a bookshelf featuring the volume called No Hitting. That book belongs to the parents of Hattie, a sprightly San Francisco kid, whose enrichment includes yoga and a “jumpy chair.” The fourth child, Mari, has the smallest square footage to call her own, in Tokyo. (Millions are in the same situation, of course.)

Babies glides back and forth from one what-I-didtoday visual diary entry to another. You’re struck with the similarities as well as the differences in behavior, no matter the setting or topography. For every bout of tears — some of the spills and falls are considerable, but then, I’m a wimp — there’s a discovery. Depending on your parenting philosophy, for every “what the?” moment, there’s food for thought.

The film entertains, as far as it goes. I wonder, though, if it goes far enough, or says much of anything beyond “Hey, check these babies out.” American popular culture is so corroded by sadly reinforcing words and images of bratty, sarcastic, unpleasant, unkind children, the vibe of Babies may well put some folks in a trance, or a fugue state. But by not “saying” anything about the lives behind all the lovely, easygoing footage of infants making their way to their first steps and beyond, Babies feels a tad dodgy (and repetitive) by the hour mark.