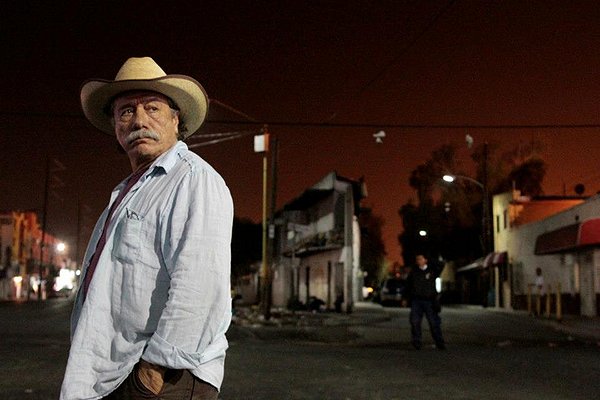 The Dairy Center for the Arts is doing something unique, so pay attention. The Americas Latino Eco-Festival Film Forum covers three continents (North and South America and Antarctica), provides a much-needed voice for the Latino community, discusses political and human interests and addresses a multitude of ecological issues.

It’s a four-day, 14-movie crash course in a world that doesn’t get the exposure it deserves and demands your attention.

Now in its second year, the Americas Latino Eco-Festival (ALEF) returns to Boulder and Denver in hopes of raising awareness for environmental issues and continues the ongoing dialogue of mobilization and social justice. The Dairy Center for the Arts will be hosting the Film Forum portion of the fest, among others, and as their website states, “The event will showcase celebrities, experts in the arts and sciences, and community and public policy leaders, as they propose solutions to inspire our communities to take an active role in claiming leadership in the browning of the conservation movement.”

The 14 movies ALEF is screening are both extensive and impressive, but the one that immediately stood out to this reviewer was John Sayles’s criminally underseen Go For Sisters, which will play Friday, Sept. 12 at 6 p.m., and will feature a Q&A with one of its stars, Edward James Olmos.

Sayles has been living on the fringes of independent cinema since his 1979 debut, Return of the Secaucus Seven, and even if he has lost a few steps over the decades, he regains his footing with Go For Sisters. What begins as a “ripped from the headlines” hook about the shadowy goings-on of the U.S./Mexico border is instilled with local flavor and old fashioned detective work reminiscent of the novels of Raymond Chandler. In the hands of many other directors, Go For Sisters could have been mired by the procedural aspects of detective work and the political maneuvering between gangs, local officers and border patrol, but Sayles dispenses all of that in favor of deeply developed characters and Go For Sisters is all the stronger for it.

Go For Sisters focuses on two friends — Bernice (LisaGay Hamilton) and Fontayne (Yolonda Ross, who garnered a Spirit Award Nomination for her performance) — two girls who were so close as children that they could “go for sisters” or at least pass as relatives. As it goes with
childhood, Bernice and Fontayne’s friendship was at the mercy of their
families’ paths, and they ended up going in separate directions. Neither
could have predicted how separate until Fontayne, an exconvict, entered
the office of Bernice, now a parole officer. It was strictly a chance
meeting, but chance meetings in movies have lasting effects.

The
story further develops when Bernice’s son, Dez (Mahershala Ali) turns
up missing and Bernice reaches out to Fontayne for help. A little
investigation work leads them to believe that Dez may have been
kidnapped by a Chinese gang and taken south of the border to Tijuana.
The two hire a retired lawman turned private eye, Freddy (Olmos), to
help them track down Dez. Freddy suffers from a rare eye disease that is
quickly taking his sight and he takes the case as a chance to get his
feet back under him one last time.

Like a great detective novel, Go For Sisters slowly
reveals its plot through twists and turns while developing characters
alongside the world they inhabit. While the three search for Dez, Sayles
gives the audience a walking tour of Tijuana’s backside, a side that no
casual tourist would be privy too. What the trio uncover is much more
than a simple missing persons case, and a very complex and profitable
abduction and kidnapping system is revealed. Sayles occasionally paints
with a broad brush when depicting the community of Tijuana (the Chinese
gang in particular feels more like an after school special than a wholly
realized entity), but it is in the quiet moments of characters talking
to one another where a great deal of truth is revealed. The more we
learn about Bernice, Fontayne and Freddie, the less we see them as movie
characters and the more we see them as real people doing the best they
can with the hand they were dealt.

As the title suggests, the focus of Go For Sisters is
the relationship between Bernice and Fontayne, but the star of the show
is the incomparable Olmos, who plays Freddy like an old and beaten up
Philip Marlowe: easy going, knowledgeable and ready for the worst while
hoping for the best. Olmos has been a Hispanic movie star staple since
the mid-1970s. In 1985, he was awarded both the Golden Globe and Emmy
for his role as Lieutenant Martin Castillo in Miami Vice. His performance as teacher Jaime Escalante in Stand and Deliver (1988) earned him an Academy Award Nomination for Best Actor (he lost to Dustin Hoffman’s Rain Man performance).

In addition to his acting, Olmos’s personal website, www.edwardjamesolmos.com,
lists an extensive amount of advocacy work that spans anywhere from
political activism to working with the Latino community, establishing
the Los Angeles Latino Film Festival in 1997, co-founding the nonprofit
Latino Literacy Now and even founding Latino Public Broadcasting in
1998, where Olmos served as the chairman. He continues to visit juvenile
halls and detention centers to speak with at-risk teens as well as a
serving as an international ambassador for UNICEF.

ALEF is giving viewers the opportunity to engage with this phenomenal actor following the screening of Go For Sisters. Tickets for Go For Sisters and the rest of the ALEF Film Forum start at $6 and can be ordered online at www. thedairy.org.