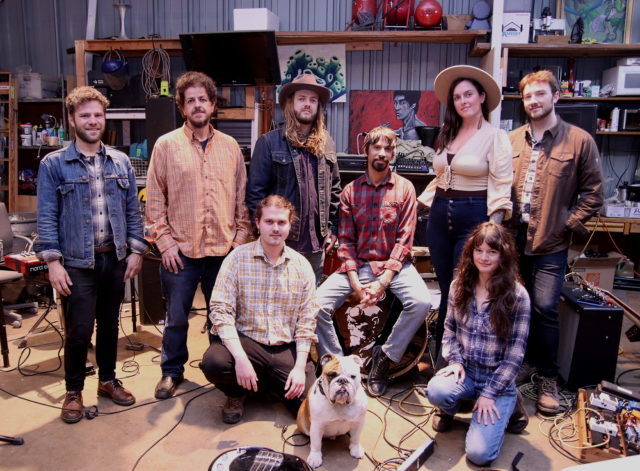 As a child growing up in Pennsylvania, Alexandra Schwan had no idea that she would eventually join musical forces in Colorado with another native of her home state; but as fate would have it, Schwan and Adam Perry, a punk-inspired drummer from Pittsburgh, intersected in the Rockies. The onetime Keystone Staters met as part of the alt-folk group, Gasoline Lollipops, and have recently forged a Bob Dylan and Neil Young tribute band called Rolling Harvest.

“I flew the coop as fast as I could,” says Schwan, 32, who moved to Nederland in 2009. “Adam had also been born in Pittsburgh. He’s always been a big supporter of everything I’ve done musically. We played many shows together in the Gas Pops, including a short stint in Europe.”

Channeling the music of icons such as Young and Dylan comes somewhat naturally to Schwan, who says she was raised on classic folk-rock fare and also sang in musicals as a child.

“I grew up listening to James Taylor, Neil Young, Crosby, Stills & Nash and Bob Dylan. So, It’s a little dreamy that I get to be part of this thing where I’m singing all these great songs that I’ve been listening to my whole life.”

Schwan, who is also a leather-worker and a realtor, says the lure of legal cannabis, the opportunity to pursue her artwork and the chance to attend the Telluride Bluegrass Festival are what drew her to the area.

“I really wanted to go to the [Telluride bluegrass] festival and I finally made it there the year after I moved to [Colorado]. I met some really great people. A few years later I ended up getting an in and working the backstage area there as a caterer for Planet Bluegrass. I’ve been doing that for about nine years now.”

The tenacious singer credits the foothills communities in which she has lived with having assisted her growth as a musician.

“I’ve been a mountain dweller since moving here. After moving to Nederland, I kind of got started on this musical journey in Jamestown, where I spent a couple years. There was a supportive music community there and I did open mics and some other stuff. I was in a reggae-rock band for a while called Big Medicine Gang. I sang backing vocals. More things started to manifest thanks to all the people who encouraged me. I was the front-person in the Sweet Lillies for about two years. After that I I took a little hiatus, and then I became part of Gasoline Lollipops for a while.”

Schwan plays the six-string, but says she tends to stick to the vocals in Rolling Harvest. She and singer-songwriter Hunter Stone share the front duties in the group. Between Stone and Schwan, they provide the legendary catalogs of Young and Dylan with a pleasing blend of male and female voices.

“Singing is kind of my zone,”Schwan says. “I’ve thought about trying to play some guitar in the band, but we already have two killer guitarists. I’ll pick up some percussion instruments from time to time during our rehearsals. Hunter and I both sing. He’ll be gone during our first shows, so I’ll be taking the bulk of the vocals for those. I’m really excited about some of the deeper-cut Neil Young stuff. Tunes like ‘For The Turnstiles,’ ‘Unknown Legend,’ and ‘Homegrown’ are just a few of these off-the-beaten-path songs. Adam [Perry] has a huge library in his head. I like the material he’s brought in for us to learn. We’re working these songs up into great performances by the whole band. I’m also a fan of some of the slower Dylan ballads, like “Tonight I’ll Be Staying Here with You,’ or ‘Meet Me in the Morning.’ We model some of the songs after cool covers, such as The Be Good Tanyas’ version of ‘For the Turnstiles.’ We’re borrowing some of their approach on that one. The song ‘When I Paint my Masterpiece’ is also a favorite of mine. I picked it up out of a Jerry Garcia songbook back when I was first learning guitar and I still love to sing it.”

A more recent adjustment to Schwan’s presentation includes the loss of her signature dreadlocks, which some of her Front Range fans might remember.

“I had really long dreads for about 12 years, and I was ready for a change,” says the singer. “They went all the way to the backs of my knees. I put a lot of time and effort into that hair, but I guess it was time for a change, so they’re gone.”
In addition to changing her locks, another more intense life-change occurred for the Hill-dwelling realtor and artist when a past boyfriend recently passed on.

“I lost an old boyfriend [Alex Schuldt] earlier this year. He had been a huge advocate for me to push myself and get out there and perform. He was the person who would pep-talk me through my bouts with imposter syndrome. He was also an artist who worked with stone carving and jewelry making. The warehouse space where Rolling Harvest practices is where Alex used to work. He passed while this band was manifesting, so it’s special to play music in the space where his motorcycle is still parked and his artwork still hangs. He also played in Big Medicine Gang, so a bunch of his percussion instruments are there, including tambourines and stuff. We try to keep his memory alive and we dedicate our version of ‘I Shall Be Released’ to him.”

Perry says the band has about 30 solid songs at this point and can play short or long shows, depending on what any given occasion might demand. The group plans to perform all over the Front Range this summer and fall; and with all its musical friends, there will likely be some intriguing jams as the band picks up steam.

“There are so many amazing people who might jump in,” says Schwan. “We’ll no doubt see some special guests which will be super cool. I’m just really excited to be playing with a bunch of mega-talented people. It’s fun and the dynamic among the band members is really great. Everyone shows up to rehearsals and knows what they’re doing. We’re getting some great work done.”