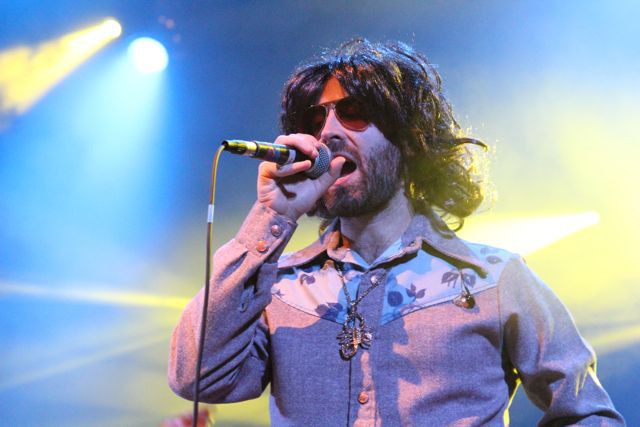 Each Halloween the Motet unites costume-clad fans of the Front Range and transport them to a funkified era of the bands choice. Nobody knows how to start a dance party better than this Colorado-based, seven-piece funk ensemble, and this year their annual hometown Halloween run’s theme is “1975 Mixtape.” Yesterday was the second show of the run, the first night of two at the Boulder Theater. The Motet threw down a bevy of timeless hits from 1975— From “Kashmir” and “Have a Cigar” to “Low-Rider” and “Shining Star” and many more— the band seamlessly delivered a set full of favorites, and night two can only get better.

While the band specializes in improvisation and has released seven original albums over the past 12 years, the Motet dedicates their Halloween shows to playing the music of their influences. In past years they have delivered their version of Parliament Funkadelic, Earth Wind and Fire, Tower of Power, Jamiroquai and a funk-infused Grateful Dead. They harness the power of the music from legendary bands and bring them back to life with a world-class performance every time.

Night two at the Boulder Theater is sold out, but you can still catch them on the last night of their Colorado run on Saturday at the Ogden Theatre in Denver. Tickets are $25 in advance and $30 day of show.