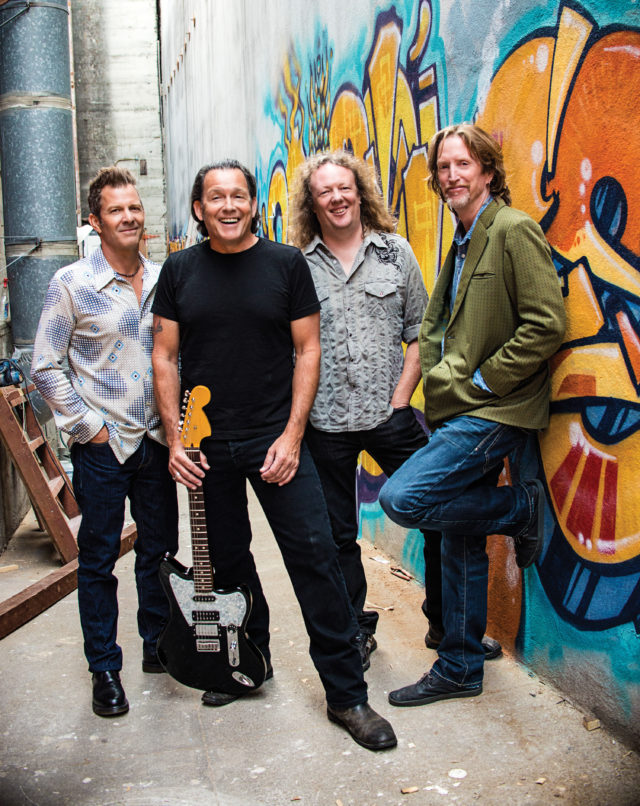 Framed around a stomping, skeletal-funk guitar riff, the lead-off cut from Tommy Castro’s latest LP Method to My Madness strikes a curiously un-bluesy vibe, a sort of “c’mon people, lower yer slingshots and let’s talk about it” anthem to common sense unity. Its wearied plea lands in a post-election America cleaved between the “get over its” and “ain’t gettin’ over its,” everyone basking in the humming UVs of irredeemable cynicism, and for a guy who trades effectively and persuasively in the familiar blues motifs of heartache, redemption and resignation, “Common Ground” may strike the listener as an eyebrow-lifting poke at social commentary.

Thing is, the album came out 16 months ago. Long before The Hair unleashed the Twitterpocalypse on an exhausted and redemption-hungry Republic.

“Oh yeah,” Castro tells Boulder Weekly. “I had no idea how bad things were going to get.

“I was bein’ optimistic there, hoping that one day we would stop being so divided. Basically … the left and the right, conservatives and liberals, those are political ideas, and when you just get down to being human, we have a lot of things in common.

From there, of course, Castro’s latest offering travels deep into his stock and trade — the rave-up title track; the double-time shuffle of “Got A Lot;” the Chicago juke of “Two Hearts;” “Ride,” a sly, darkened-alley ode to the San Francisco blues scene of the ’90s (here distinguishing himself as the first man in history, we think, to rhyme “long Cadillacs” and “Jack Kerouacs”); and stark loser testimonials like the B.B. King cover “Bad Luck.”

Castro’s 26-year solo career of more than a dozen albums and a mainstay gig on the Blues Cruise has consistently earned him high praise from critics and the rapt devotion of blues fans who rely on getting their fix from sticky-floored clubs. His writing is direct and punchy, his guitar ranges from piercing and pitiless to slippery and subtle, and his sleeveless-T approach to blues and soul as dance music is wholly devoid of guile or cheap theatrics. Too bad the term gets overused, but Castro is the real deal.

While his upcoming gig is in Denver at the Tivoli, Boulder is familiar territory for Castro. He and his band used to leave their bus at a mechanic’s shop here in town at the end of the tour for maintenance and safe keeping while the band flew back to the coast. (“They were a good shop and their labor rates were a little better than here in the Bay area… ”)

Castro was also well acquainted with the now-lamented Blues and Greens stage at the Outlook, an oasis for travelling artists in an otherwise un-blues town.

“That was a rare place,” Castro reflects. “It wasn’t like anything else. The guy who owned it (Dan King) was a big blues fan, he really cared about musicians … if you were passing through, had a night off, he’d put us all up, no charge. He did that for everyone. It was real cool.”

For their return to Denver (they were last here in November, at the Oriental), Castro and the Painkillers head up an all-star benefit for Blue Star Connection, a charitable organization started in 1995 by local blues enthusiast John Catt, that provides musical instruments for seriously ill kids. Castro has been involved with the charity for a number of years.

“John is a friend and a promoter we’ve worked with over the years; it’s his baby. I’ve just always thought it was a great idea, and a cool thing to do.

“One time I got to go with him to deliver a guitar, meet up with a young kid and her mom at a music store, and pick out a guitar and pay for it. It was just so cool.

“And an interesting development recently; there’s an oil man down in Texas who’s been a supporter of the Blue Star, who just sold his company, made a lot of money and just made a sizeable donation to the charity, which will keep them in guitars for awhile,” Castro adds with a laugh.

For Castro, it’s more than a simple piety that playing blues for a living is a personal vocation. With the exception of a few high-profile legends and flashy big-stage/big-production stars, it’s a tough business to turn a reliable nickel on. You can’t package it into a laptop, and your fans always have that defiant instinct for trend-chasing jive.

But he’d be the first to shrug off the mantle of blues icon.

“I’m just going from day to day, doin’ what I do,” Castro says. “I play guitar and sing, and I basically run a small business. I have a band, we go out and play in all different situations; big festivals, small clubs, and in order to keep it going, we have to put out a record every once in a while. It’s just what you gotta do.

“It’s all part of my job, essentially. And I’m just very fortunate that I happen to love my work.”

Castro’s got a joke about that, actually.

“Did you hear the one about the blues musician? He got in it for the money.”

Yep, he sure did.