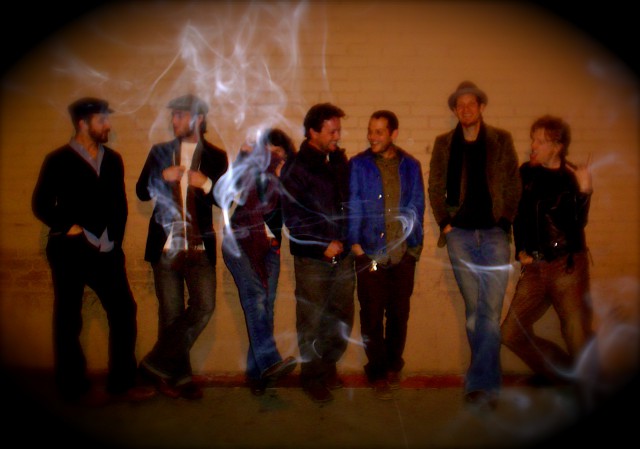 These days, the word “troubadour” has become virtually synonymous with “singer.” Yet if you take a look back to medieval days when the word emerged, you’ll see that the original meaning was much less inclusive. In order to be classified as a troubadour, one couldn’t merely sing other people’s songs; you had to write your own. Those who only performed others’ material were demoted to the ranks of “joglars,” and if you were female, even if you were a composer, you could only ever be a “trobairitz.”

In keeping with the true meaning of the word, Boulder’s Troubadours Collective is keeping the art of songwriting alive, centuries after their namesakes wandered Europe singing songs of chivalry and courtly love. However, their aim is one of inclusivity and community building, rather than the elitism of their forebears.

“When it comes down to it, the shows are all about bringing people together,” says Dechen Hawk, one of the original members of the Troubadours. “It brings a different twist to what it means to go out and see music. People can have pride that they’re playing a part in creating their own community, a community that they can stand behind and be stoked on and share with other people.”

At its inception, the Troubadours Collective consisted of eight songwriters, including Boulder up-and-comer Gregory Alan Isakov. Since then, the collective has hosted more than 30 songwriters and performers at numerous locations around town, including their upcoming show on Jan. 7 at the Fox Theatre.

Although the members are all united by their love of crafting songs, their musical styles differ markedly.

Six distinct sounds from six different songwriters and their bands will play the Fox, including Hawk, Ramaya Soskin, WadiRum, Mortimer, Gasoline Lollipops and Max Davies. The eclectic mix will traverse the musical spectrum from jazz to rock, from R&B to folk, and from alt-country to soul.

“This specific show is like a funnel of songwriters with a handful of different genres of musical expression thrown in,” says musician Donnie Mortimer, whose rich and earnest album Ten Eventful Years was released mid-2010. “The crude analogy is that it’s like the Mickey Mouse Club. You’ve got all these strong personalities that get their 10-second solos, but they’re all working together on the same project. It’s really enjoyable to be part of a team effort where there’s very distinct individual personas involved.”

When founder Ramaya Soskin came up with the idea for the collective six years ago, he saw potential not only for the creative inspiration that happens when different styles of music collide, but also for the bene fits that strength in numbers can provide.

“It made sense to pool our collective fan bases and pack the place. I knew we’d all be at each other’s shows anyway, so why not also perform and bring more people to the shows?” Soskin says. “It also seemed like it would be a fantastic platform to showcase undiscovered local talent. It can certainly be daunting as a new songwriter trying to gather support, but there are many places far less supportive than Boulder. In the 10 years I’ve been performing here I’ve seen some great acts rise to the challenge, and Boulder has held them up.”

To continue being an embracing and diverse group, the Troubadours welcome newcomers to join in their frequent shows, which take place every couple of months.

“It’s all about who’s excited and inspired to be a part of it,” Hawk says. “We welcome anyone who’s willing to do the work to make it successful.”

The members of the collective take turns handling details like the promotion and booking of the events, making the group a bit of a musical co-op. While logistical components like increased ticket sales and easier networking definitely factor into their motivation, at the Troubadours’ core, it’s all about community.

“It makes the experience richer when more people are touched by the art. You might be coming to hear a certain person play and then someone else you haven’t heard blows you away for a moment and puts you right into your body and your heart,” Mortimer says. “All the best songwriters I know in their respective genres are coming together to give a sampling of the most current sound in our region. It’s the best of the local flavor in a myriad of expression, all in one place.”