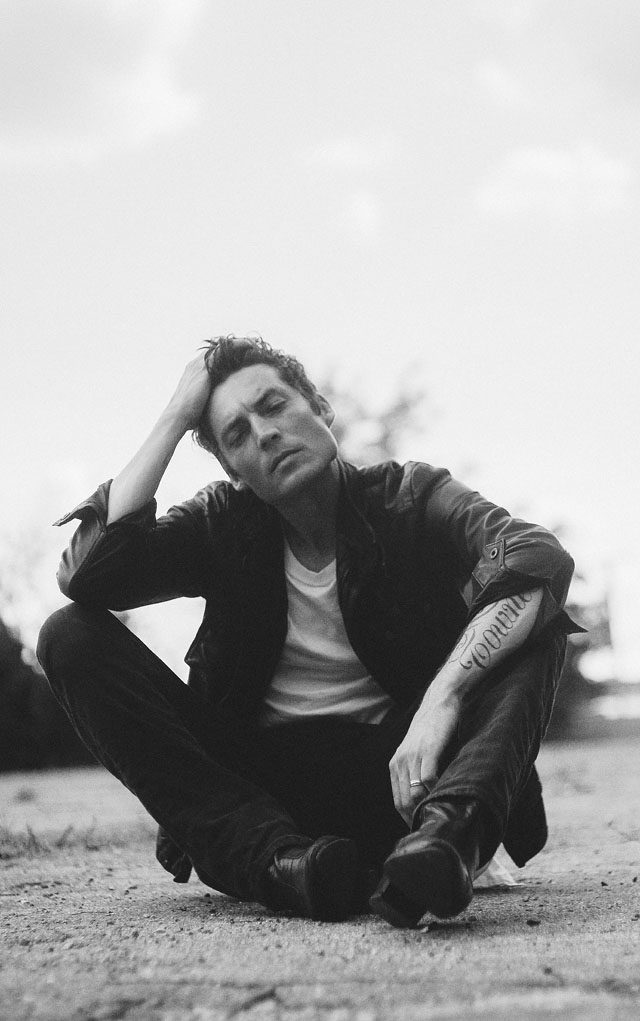 Sometimes you’ve just gotta get over yourself, occasionally at the suggestion of your manager. That’s what happened to Dan Layus as he was working on material for his first solo album.

Well, maybe it was more a suggestion to get outside of himself.

“I’m very close with my manager; he’s a long-time friend. Usually he’s one of the first people to hear my songs,” Layus says. “I was sending him songs, and they were continually carrying the same theme, which generally had to do with me and my life and my own experience and my own outlook on things. I remember at one point he was like, ‘Dan, I love you, but can you please write about somebody other than yourself?’”

Layus knew it wasn’t a comment on self-absorption, but an invitation to explore; at the heart of the suggestion, it was a compliment about Layus’ capability as a songwriter.

“I started to make a more concerted effort to do that, and I found it liberating in a lot of ways because when you’re writing about yourself, I find that you stay away from certain subjects, certain verbiage, as not to bring unwanted attention to things; anxieties, fears, whatever it is,” he says. “That was a really important thing to realize as a songwriter. It allowed me to explore different points of view and different experiences, either from fictional characters in my mind or things that I was witnessing around me.”

And from this new perspective came Dangerous Things, Layus’ first solo album after spending more than a decade as the frontman for piano-based rock band Augustana.

With Dangerous Things, Layus dives headfirst into the rootsy elements that existed in Augustana, but he trades the smooth sheen of indie pop-rock narratives for the well-worn edges of country storytelling, creating a guitar-forward album that rolls along like the Appalachian hills.

For Layus, this shift was a long time coming, having always been drawn to the rockier sounds of alt-country heroes like Gram Parsons, Gary Stewart and Dwight Yoakam.

“They’ve always been in the no-man’s land, in the under appreciated realm, and I tend to gravitate toward those types of artists and always have. Specifically in that genre, that has always been one of the main drivers in my own creative experience,” he says.

About four years ago, Layus left Los Angeles for its eastern sister, Nashville. The move was as much about tapping into a new musical landscape as it was about giving his children a more family-friendly environment to call home. The move calls to mind the chorus of Augustana’s biggest hit, “Boston,” written a decade before.

Right in the heart of Music City USA, Layus found himself out of California, starting a new life, and deeply in love with the lonesome (and sometimes rollicking) sounds of country’s greatest legends.

“Tammy Wynette, George Jones, Don Gibson, Ray Charles’ country record, Loretta Lynn… Hank Williams has always been one of my favorite artists of all time,” he says. “I fell deeper into it and it felt like home to me — it felt like a songwriting home to me.”

Layus shed the Augustana band name in the late summer of 2016, about three years after his move to Nashville, and begin, as he says, “to direct my own film, in essence.”

“I could visualize from beginning to end how I wanted [the solo album] to look and feel and sound. That’s the first time I’ve been able to do that. I don’t regret not being in total control in the past, but because of various factors — a band, producers, a major label — those are all factors that play into what comes out of a record, but I could own them all the way [on the solo album]. I feel proud of every choices I made on [Dangerous Things].”

Despite the move to Nashville, Layus never intended to make a country record, but the work just “started to spill out.”

“It happened, so I just went with it because that felt like the responsible thing to do,” he says. “I felt responsible, as a creative type, to follow my instinct. Whether it works on a scale beyond yourself in some kind of career way, that’s not really the first goal. I can always go to sleep at night knowing I was true to myself.”

And, true to his promise to his manager, he got outside of his head to write tracks like “Driveway,” which details the slow, painful end of a marriage.

Layus was a child of multiple divorces, and so while “Driveway” reflects on the dissolution of a neighbor’s marriage, Layus brings his experience and emotions to the table.

“A lot of times we are a product of our surroundings and our upbringing. My daughter, our daughter’s friends, most of their parents are divorced or getting divorced,” Layus says. “She’s in middle school. It’s a time when kids start to grapple with reality and realize [their parents aren’t] superheros. We’re hitting that age where we do have faults and they are easier to see. I don’t know if this song is helpful or hurtful, but it is truthful. In my opinion, putting forward the truth in the end will be more helpful to people. It helps you feel like you’re not alone out there.”

The video for “Driveway” features Layus’ wife and kids, an intentional choice that places a song about losing a marriage against images of the loving moments that are lost.

Dangerous Things isn’t without personal introspection. The title track — kicked off with some classic Johnny Hiland-esque bending — pits Layus’ tendency to go to extremes against his desire to find moderation.

“That’s something I think a lot of creative types, and really the general human experience, aligns with,” he says. “I don’t think I’m alone on that. I think we’re all fighting to find that middle ground at times.”

With Dangerous Things, it would seem Layus has found his middle ground, staying in the music biz without giving in to the pressures of the biz. He’s made a new home for his family and pushed himself to write from new perspectives.

He’s already written about half the material he needs for a new record.

“Lyrically I’m pushing myself even harder to find new territory,” he says. “I guess to go beyond that, I see [artists like] Elvis Costello, David Bowie and Emmy Lou Harris as very influential, not only musically but in their career choices. Costello could put together a country record and come back with a pure early Elvis Costello-style punk record. That’s where I wanna go, and the way you have to do that just has to happen naturally or else people spot it and they’ll smell it and they’ll know it’s insincere As long as I’m writing what I’m writing, I think I’ll always be OK.”