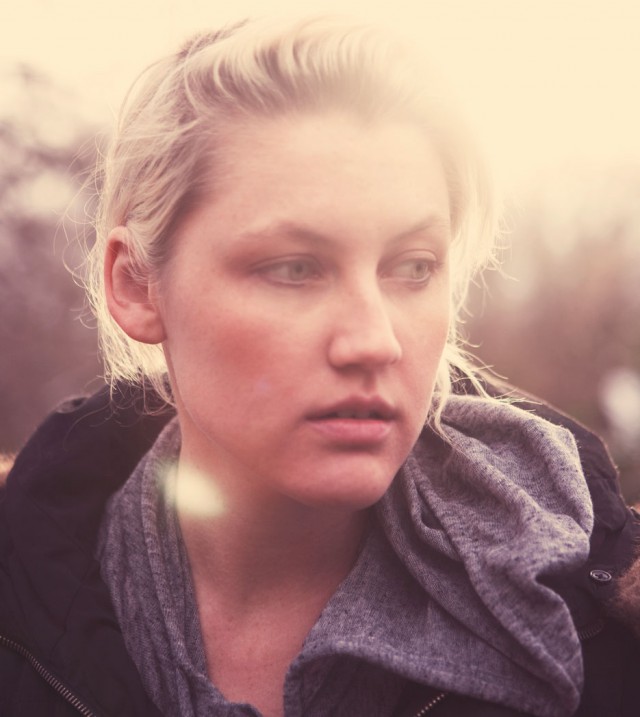 Sarah Jaffe is well aware of the odds stacked against her success. The glut of female acoustic singer/songwriters alone makes it hard to succeed in such a saturated market. Along with that, Jaffe’s debut LP, Suburban Nature, is filled with minimal melodies penned several years before — comprising material she was less than excited about releasing. Funny then that she’s one of the hottest songwriters around.

Jaffe’s stock continues to rise despite her confusion about her own success, but those in the know realize a strong melody wins every time. Whether she’s earning the respect of her musical heroes or earning new fans along the way, few artists have experienced the grassroots whirlwind like Jaffe.

“There are times that I was able to realize that something amazing was going on within the last year,” explains Jaffe. “There were times I was able to fully intake the things going on around me. But for the most part I didn’t fully realize the situation until it was already past me. Even up until now, it seems a little bit of a blur, but it also just hasn’t set in yet. The momentum really hasn’t stopped, and I’ve been very busy even still. But overall it’s been a fantastic time.”

The 25-year-old songwriter garnered some help from friends in the band Midlake, and touring with them certainly helped. But that doesn’t explain why Jaffe also landed tours (and picked up fans) with the Grammy-winning Norah Jones and the legendary Lou Barlow (Sebadoh, Dinosaur Jr.). Along the way, media outlets from USA Today and The New York Times to Paste and National Public Radio have decorated her music with “Best New Artist” and “Must Hear” designations.

Such opportunities and declarations aren’t lost on the Denton, Texas, native. The past 18 months yielded several surreal moments for her, but it was a simple text that provided the most unlikely surprise. “I was lucky to go out with Midlake on a European tour last year,” Jaffe says. “But while we were out in Berlin, I got a text from a friend of both mine and Norah Jones. She texted me saying that Norah wanted to take me out and call me. I got a text from Norah five minutes later seeing if I wanted to do some shows with her for a couple of weeks. Seeing where I was and then seeing a text from Norah, it was pretty outstanding. It was probably nothing for her, but it made my month.”

The aforementioned debut, Surburban Nature, was originally something Jaffe planned to record just to get it out of the way. Her family and friends insisted she officially release those songs before moving on, and a bout of writer’s block kept her from creating any new material anyway. Consequently, she put together the raw acoustic project to be able to move on. Ironically, that’s the last thing she has been able to do, given the success of those songs.

“It was very much a slap in the face,” Jaffe says. “I tend to be very stubborn with my music, and I have a certain mindset about how something should go. It’s very ironic for me to play a song that’s seven years old and have it do really, really well. So the whole thing is funny to me at times, and I’m still having fun with them. If anything, I’m just very grateful for those songs, that they’re doing what they are.”

For now, Jaffe’s plan is simply to enjoy the ride she’s on before thinking about any next steps. Summer tour plans carry her coast to coast, including dates with Rhett Miller and The Old 97’s at The Bluebird Theater for two nights, and that should carry her through the fall, as well.

“I’m deeply, deeply in love with what I am doing,” says Jaffe. “As much as I get tired at times and want to just be at home and curl up in the fetal position, I am in love with what I am doing. I wouldn’t change it at all, and I hope it can continue to be this busy. It’s a feel of constant progression and movement, and I love it. I hope it continues.”