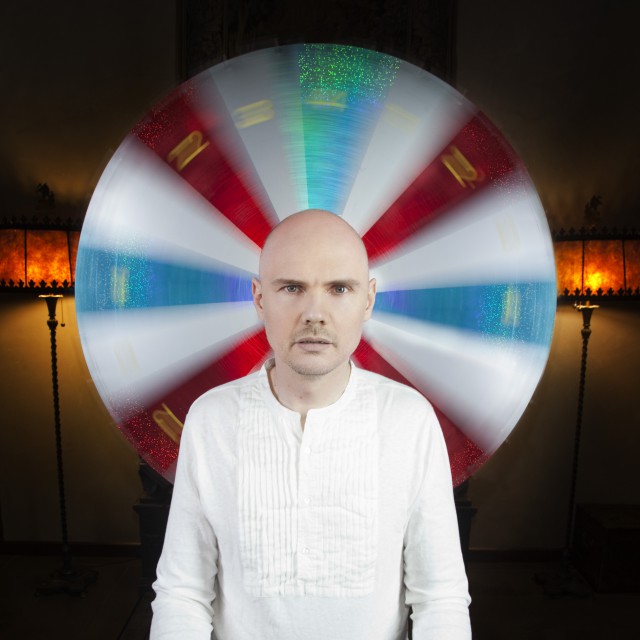 Smashing Pumpkins are considered to be one of the seminal rock ’n’ roll groups, whose top-charting albums in the ’90s paved the way for many bands today. Billy Corgan, the frontman and only remaining original member, reformed the band in 2007 and released Zeitgeist, which references a Marxian concept of the spirit of the age. Not one to shy away from controversy, Billy Corgan has remained a steadfast, outspoken critic of what’s left of the record industry. Teargarden by the Kaleidyscope is the latest Pumpkins venture, and it sees Corgan writing a 44-song album and releasing each song individually, after its completion, to capture what Corgan calls “an arc of expression.” Corgan is the first to admit that this project is his most ambitious to date and that he is probably a little bit in over his head. Boulder Weekly sat down to discuss this and caught the mercurial singer in a candid mood.

Boulder Weekly: How did you decide to promote and release Teargarden by the Kaleidyscope?

Billy Corgan: Well, I had one of those moments I have in my life where I just make up my mind without thinking it all through, and I announced that I was going to do this 44-song album that I was going to release for free. I’ve been working that one out ever since.

BW: Why did you decide to make the material available on an online album rather than the through the traditional methods? Is this in line with the whole Internet band phenomenon?

BC: I think it partially is, but more than anything I wanted to be in a flexible space just to try new things because I am thoroughly convinced that the record business … was completely broken and ultimately counterintuitive to why people make music. It’s difficult because I understand, from years of working in the label system, that they invest in you; they want to get their money back. They want to make money. … I never really had a problem with all that. The problem is when they put you in positions, positions that essentially go against exactly why you are in a band. (laughs)

BW: Could you care to explain that?

BC: Say me and you were with the circus, and we decide that you know that we need to find the greatest clown in the world. [So] we search the whole world and we find the greatest clown in the whole world, and we actually sign this clown to our circus. The clown shows up to the circus and he is ready to be a great clown and we go, “Oh by the way, now you’re the lion trainer.” And the guy goes, “But I am great clown.”

“Yeah, but we’d really rather have you be a lion trainer.” That is what it feels like.

BW: So is this the dilemma that faces young musicians today?

BC: It feels like somebody is always telling you to be different than you are. You start to realize that it’s a manipulation to control you, because somehow they get it through their heads that by controlling you they’re going to make more profit. The funny thing is that if they’d actually find people that they believe in and support they’d make more money.

BC: It’s that human tendency to want to manipulate and control, and when you put sociopaths in the positions of power — many of the people in the record business are — well, that is what they are going to do. They are going to try and get something from you.

BW: How would this be different from when the Pumpkins first started releasing albums?

BC: In one way it’s not different at all, and you have something new and you have to figure out a way for people to hear it. The difficulty now is there’s just so much information. I am on Facebook and Twitter just like everybody else. … So I think [the] challenge we have now is actually getting it to the point where people know that it exists. (laughs)

BW: So the album is going to be released online and completely for free?

BC: Actually, that is not the plan. We are actually gonna release it first in some kind of capacity where you can hear it, and then we’re trying to figure out how to actually sell this one.

We have taken a lot of effort to put together a cohesive album, and we feel like it’s at that moment that we really should offer something that way for righter reasons, not just to sell it because a lot of people still don’t get their music outside of traditional means. You’d think that giving it away for free, everybody who would want to hear it would hear it, but it doesn’t necessarily work that way. We are free agents because we’re not on a label there.

BW: So you are constantly adapting?

BC: I have never really had a problem with that. Where I get pissed off is when it is not about music. When it’s about politics or your mustache or who is in the band. At the end of the day, listen to the music, [and] if you like it, great; if you don’t like it, great. Even if you have shitty reasons not to like it, that’s fine. At least listen to the music and then make that decision. That to me is the only thing I stick on. When people don’t listen to things or don’t give things a chance strictly because of other factors, that is always a bit strange to me. They are basically saying that is not about music, which is weird, right?

BW: How has this been justified in the record industry?

BC: Well, you have a whole entire subculture that has sprung up that around the idea that it is more important to be cool than it is to be good (laughs). In the world I came from, you had to be good. At the end of the day, the grunge bands succeeded because people could write good songs.

BW: How do you feel about the over-bloated nostalgia of the ’90s, where there is this sense that every band was good and everybody made lots of money?

BC: There were a lot of shitty bands back then. Don’t fool yourself. Even the bands that people talk about, they were shit too, or they made shit albums. It was a great time for excitement, and it was a great time that propelled a lot of people to a higher place of music, including us, but there was a lot of imperfectness there, too.

BW: What do you like to listen to when you are driving around in your car?

BC: I have been listening to a lot of ’50s and ’60s country. A lot of mountaintype shit.

BW: So when you are driving over to the Sunflower Market you like to listen to some country?

BC: (laughs) Yeah. When I’m running some hippies over in my gas-guzzling car, that’s what I listen to.