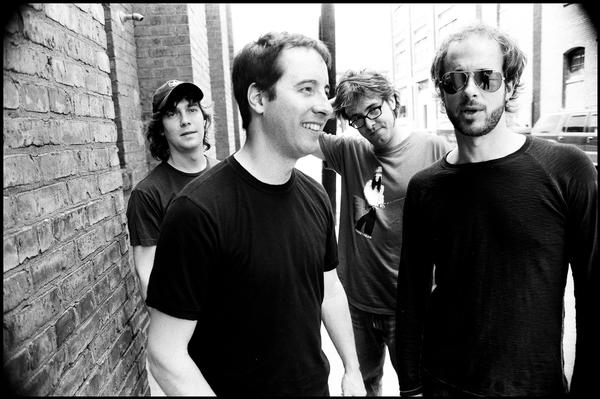 The bad news is that the upcoming three-date stand in
Boulder and Denver will include the last foreseeable edition of the band’s
traditional New Year’s Eve show in Colorado, according to bassist Ben Kaufmann.
Boulder is short on the type of huge venues Yonder Mountain can pack, and
Colorado has become a New Year’s Eve beachhead for jam bands. Sound Tribe
Sector 9 is playing Denver on Dec. 31, and
so are Karl Denson’s Tiny Universe and
the Greyboy Allstars. Leftover
Salmon will play Boulder that night. Sorry
Atlantic City, you get O.A.R.

The good news for Yonder partisans is that Kaufmann says
these shows — Boulder Theater on Dec. 29, and the Fillmore Auditorium in
Denver on Dec. 30 and 31 — will be special. The band is planning “production
elements” including a “celestial theme” and, if Kaufmann’s wish comes true, a
disco ball of exceptional provenance. Kaufmann predicts that if you wake up in
2010 and you ask what everyone did the night before … “Then the answer’s gonna
be that you fuckin’ missed out,” he says.

Eleven years into this Rocky Mountain jamgrass experiment —
too bluegrassy for rock fans, too jammy for Ph.D. candidates who insist on
authenticity in their backwoods music and Thai food — Kaufmann is refreshingly
earnest about his still-inflamed ambition. He eschews artiste posturing. The man
wants to hear his music in movies. He wants to be on TV again. The Yonder
Mountain boys played “Out of the Blue” from their new album, The Show, on Craig Ferguson’s Late Late Show on CBS the other
night, and the band felt a “burst of energy” from the crowd that was not
prompted by an “APPLAUSE” sign or a production assistant. Kaufmann wants that
moment again.

“It was the most fun I’ve had in a long time,” Kaufmann
says. “I can tell you, man, we felt like we accomplished something huge.”

Albums are often an afterthought for jam bands, and Kaufmann
admits Yonder Mountain is, and probably always will be, “about the live show.”
Still, the members of Yonder dumped a ton of money into making The Show, and Kaufmann doesn’t expect the band to recoup that
money. That will be done with live shows.

Kaufmann says the record is part of the group’s “continuing
experiment” with mixing bluegrass with rock. Indeed, the disc veers from
tornado string-picking to the heavily rhythmic jams that occasionally wander
near O.A.R. territory (Danger! Danger!). Critics — those who deign — have
downgraded Yonder Mountain for their undisputed pop and classic rock
proclivities. For those who see this record as “poppy,” Kaufmann responds:
“They’re right.” That shouldn’t be a bad thing, Kaufmann said. He isn’t dying
to get “motherfucked” by critics, but he isn’t worried about his credibility.

“The only thing you need to do is to make the thing that
you’re proud of at the time,” he says.

“It’s pretty hard to get the radio to play anything that’s
called Anything String Band,” he says.

But in light of all the indignities the Internet has visited
upon record industry’s business model, Yonder Mountain is sitting pretty, thanks
to their fans. It was the free and unregulated promulgation of bootlegged show
recordings that brought more and more people to their live shows, their real
moneymakers. They don’t have a big record label, and they don’t need one. Free
distribution strikes again.

Kaufmann knows his band has “built something that’s pretty
solid” with fans. Which means they have the joy of endless touring. Kaufmann
admitted that when Yonder took a break from touring starting Oct. 31, he felt
like someone gave him a “bluegrass roofie.” Still, he hopes to be doing this at
80.

On the Bill: The
Yonder String Mountain Band plays the Boulder Theater on Dec. 29 and the
Fillmore Auditorium on Dec. 30 and 31. Doors at 9 p.m. 16 and over. Three-day
passes start at $117.50 and 2-day pass $86.50. Visit www.livenation.com for
more ticket and venue information.