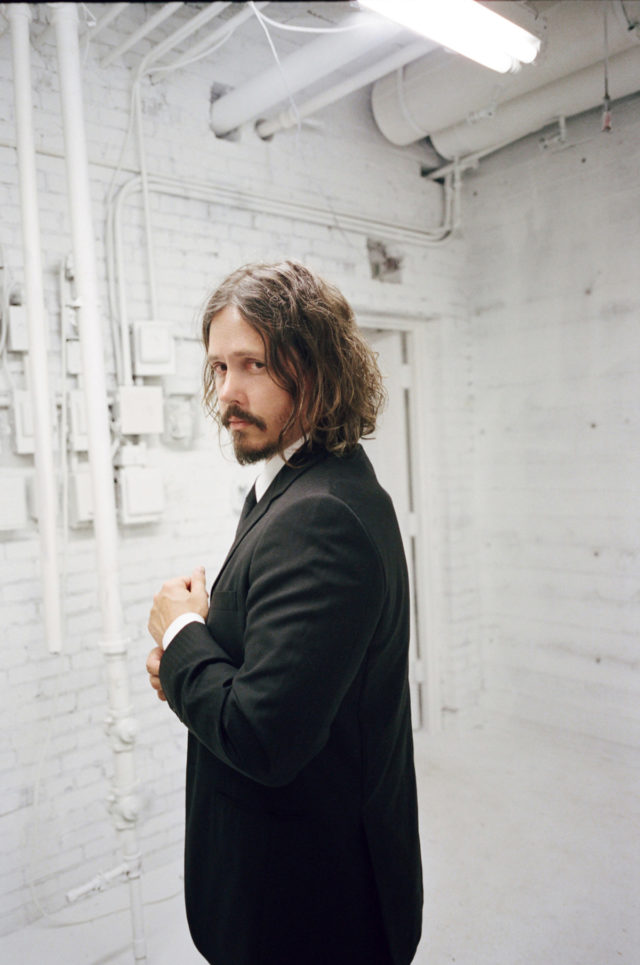 “To be honest, there’s probably a lot of people who would see my name and say, ‘Who is that? That sounds familiar,’” says singer/songwriter John Paul White, aware that his former fame as one-half of the Grammy-winning duo The Civil Wars still dwarfs his solo career. White is currently touring with his first solo album in close to a decade, Beulah, released in August 2016. But he doesn’t seem to mind when venues and publicists bill him as “John Paul White (formerly of The Civil Wars),” say, for example, at The Bluebird Theater in Denver where he’s performing Jan. 19.

“Anytime that happens, the venue has taken it upon themselves. We don’t try and use that as a building block,” he says. “But it is who I am and who I was, and I’m proud of that. So I get why they do it.”

But White began his musical career as a solo artist independently releasing The Long Goodbye in 2008, the same year he joined Joy Williams to create The Civil Wars. The duo won four Grammys together before suddenly and definitively parting ways mid-tour in 2012, though they didn’t make it official for another two years. Both parties have been reserved in their comments about the split, but White says he never thought he would write or sing for an audience again.

“I didn’t even want to walk across the street and play, to be honest,” he says.

Instead, he went home to Northwestern Alabama, intent on spending time with his wife and kids, while also starting Single Lock Records with a couple of hometown friends, including Alabama Shakes keyboardist Ben Tanner.

“I was still on the road when the formative stages happened,” White says. “Ben and a local friend, Will Trapp, had got the genesis of the idea together.”

The idea was simple: Create a label to help mainly local artists record well-thought-out albums, when many of them couldn’t afford to do it themselves in between working one or two day jobs to get by.

“We wanted to create a situation where we could help take some of that [financial] burden off, but do it with bands we dearly loved and make sure the world got to hear their music,” he says.

The team has a good thing going with Single Lock, signing newcomers, such as the Alabama soul sextet St. Paul and the Broken Bones, as well as renowned musicians like Donnie Fritts, an Alabama-Music-Hall-of-Famer and Kris Kristofferson’s keyboardist for more than four decades.

For a couple of years, White stuck close to home, building a studio on his property and pouring himself into his newfound role as businessman and producer. He was content focusing on his family, while giving talented musicians a platform for their work.

Then Nashville producer Dave Cobb reached out, asking White if he would contribute to a concept album he was working on called Southern Family.

“He wanted it to be songs about something inherently Southern, something that had happened to us or an experience of ours growing up in the real South,” White remembers.

He came up with “Simple Song,” a slow, emotionally infused country ballad about his grandparents. As a grade-school-age kid, White worshiped his grandfather, completely unaware of the havoc alcoholism waged throughout his life. “He was my favorite person on Earth,” White says. “I thought he was perfect. But it turns out he was not.”

Eventually, his grandfather passed away and White found out the truth, but most shocking was his grandmother’s reaction.

“My grandmother didn’t cry and I couldn’t figure out why, because I couldn’t stop,” White says. “So I asked her about it and she said, ‘Honey, I cried so much for your grandpa when he was on this earth, there ain’t no way I’m going to cry for him now that he’s better off.’ It was a very powerful moment for me.”

It was a moment that White poignantly captures with “Simple Song” and writing it, in part, inspired Beulah.

“It probably was one of the catalysts, one of the reasons that I finally started writing songs again, ’cause it kinda forced me to get these things flowing,” White says. “The record kind of fell out of me.”

Titled after a family nickname, one that his father called his sister and he’s adapted for his wife and daughter, Beulah is full of the heartache that comes with loving deeply; the pain of realizing personal limitations in relationships, while not blaming the faults of others. Sometimes somber, other times surprisingly bright, the album is authentically White.

As a young child, he remembers sitting with his dad’s country music collection, connecting particularly with artists such as Hank Williams and Lefty Frizzell, who were “singing about the darker side of life.”

“I always feel like those things leave a deeper mark, a bigger scar than happy times in your life mark you,” he says.

Once White wrote the songs, he couldn’t keep them to himself. Releasing Beulah on Single Lock, White has spent the last six months or so touring the country, playing mostly small venues, and pouring his heart out on stage.

“I didn’t realize how much I enjoyed connecting with crowds and playing songs and seeing [the crowd] connect with what I’m singing,” White says. “It’s a strange existence, that that matters to us as artists and songwriters. I honestly didn’t think that was the case until I wrote these songs after doing nothing for two or three years and I immediately wanted to play them for people.”

But he’s acutely aware of his responsibilities at home, both as a family man and as a founder of a record label, never spending more than two weeks on the road.

For White, despite all the ups and downs of the last decade, this is the definition of success.

“All I aspire to is be able to make the music that I want, on my own terms and pay my bills and be able to be at home with my family as much as I possibly can,” White says. “If I can do that, then I’m definitely winning.”