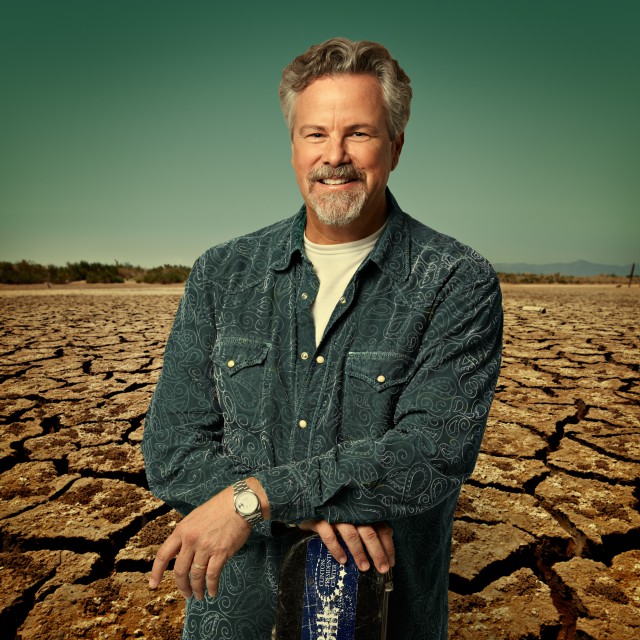 Robert Earl Keen has long made his own rules. He’s also willing to break them.

The storied songwriter’s upcoming release, Ready For Confetti, was largely written from the road, a taboo decision before now, given Keen’s lack of enthusiasm for joining the road-reflecting artists who are so common.

“Those songs have all been done before,” he says. “The difference between any of the records I’ve made and this one is that I wrote all of these songs on the road. There’s only one I didn’t write, which is a Todd Snider song [‘Play a Train Song’], but the others came from the road. I broke my own long-standing rule of not writing while touring, because it’s stressful and you write too many songs about little bitty bottles of shampoo and remote controls. I thought there were enough of those songs in the world, so I just never wrote that way.”

Keen says it wasn’t about shifting gears just for the sake of change. He recognizes that long-time fans might be a bit suspicious when they hear the supposed safeguards he has created have changed.

Celebrated artists like Johnny Cash, Lyle Lovett, George Strait and The Dixie Chicks have all lauded Keen as a songwriter and recorded his songs, and even Keen laughs about his supposed “standing” in the industry.

The new approach simply came after waking up to the fact that no one else was telling him what to do with his own anxiety. And that’s when he decided to start recording.

“I just thought it was a silly idea,” Keen says. “I wasn’t sure what I was thinking when I made that rule, so I decided I’d do it from the road. Consequently, the difference between the last record and this record is that these songs just sort of popped out. I just let ’em pop out. I didn’t over-think anything, so I actually think these songs are more universally appealing.”

So far, so good on the new songs.

Keen is readily playing Confetti’s tunes on the road, and fans heading to Waterloo’s fourth birthday party in Louisville should hear most of them.

“All the tunes, so far, have gone over well,” he says. “I always think the worst thing that fans like to hear is, ‘We’re gonna play our new song now.’ But we haven’t gotten any boos yet. Nobody’s thrown any lettuce or tomatoes up on the stage while we’ve played them, so it’s a success.”

Fans will also find the new tunes a bit more accessible than his previous work. Whether that’s a testament to his new writing environment, Keen says he isn’t sure, but the songs are shorter and simpler than what long-time listeners will expect. They’re also a bit lighter on the trademark “insider” quality that Keen’s records often have.

“I’m sort of famous for throwing in a lot of inside jokes or oblique references that I don’t give a shit if anybody understands, since I get a kick out of it,” he says. “You have to understand — and I think this goes for most songwriters — I’m just out here trying to amuse myself most of the time. I’m not thinking about anybody else. I’m just wanting to have fun myself. Am I laughing? Am I enjoying myself? Does it sound good in my head? If so, that’s cool.”

As for the lone cover on the album, Keen says he respects Snider as much as any fellow musician. Keen says the two toured together in recent years and would love to make a project together, but they’re too “irresponsible to make it happen.” What Keen can do, however, is point his audience toward the music he believes in himself.

When Keen headlines the fourth birthday bash for Waterloo, the party will feature various artists throughout the afternoon, with Keen taking the stage at the night’s end. His only hope is for all involved to have a good time, from the artists to the fans. If he has to break a few rules to make it happen, well, that wouldn’t be surprising.