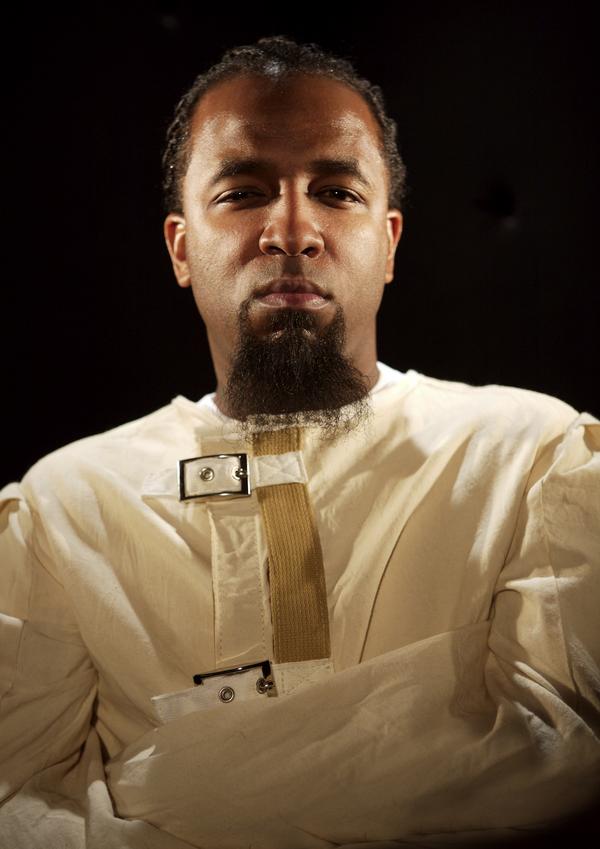 Even for a guy named after a gun, Tech N9ne is aggressive.

While music industry types fret over the imminent demise of their business model, Tech sounds ready to exploit the industry’s weakened state like a lion on a sick wildebeest. According to Tech, a Kansas City underground horrorcore stalwart with a legendary live show, he’s not going mainstream; mainstream is going Tech N9ne. Tech proclaimed he will never “tuck his tail,” the least profane metaphor he used in describing the acts he will and will not perform in his inexorable quest for total world domination. Laugh at his hubris if you will. Tech has fans among the legions of Insane Clown Posse fans called Juggalos, and they are best avoided or appeased.

“Tech N9ne shall take over all,” he says. Everyone’s favorite Midwestern devil-clown and party animal will hit the Boulder Theater — “hit” is the proper word — on Feb. 4. Tech, also known as Aaron D. Yates, is pumped for his winter mini-tour through Colorado.

Tech, who has regularly dropped studio albums since 1999, may sound like any other deluded, selfaggrandizing MC who substitutes chatter for excellence, but Tech proves otherwise with his most recent disc, the alternately shocking and sensitive three-part meditation on fate and suffering K.O.D. (King of Darkness). Over bassy backing tracks, he weaves a series of gothic narratives on loss, pain, violence, depression and what a 19th century literature professor would call “the imp of the perverse,” the impulse to do wrong. He’s like a cross between Vincent Price and Ludacris.

For all of the disc’s ill-conceived skits, weak crew tracks and disturbing moments of misogyny, it’s hard not to feel his earnest pain. Fans of Eminem, Tupac and the Geto Boys will recognize Tech’s relentless self-obsession, sad-sack bent and existential rage. He kicks off the album with the blistering why-have-youforsaken-me cry of anger, “Show Me A God.” The track is the first of a few that deals with his fury over the tortured life of his mother, who was struggling with pancreatitis when Tech made the album. He saw his “angel” hurting, he said, and that pissed him off.

He was mad as hell when he made that album, but on the phone in late January, he sounded pleased with himself. Tech — who punctuates his conversations with idioms such as “kickin’ it like a donkey” and “you know what I’m shizzlin’?” — says the process of making K.O.D. was “therapeutic.” His mother is doing better, he says. He crawled all the way out of his hole, he adds, when he celebrated his daughter’s birthday on his swing through Las Vegas with last summer’s big-ticket Rock The Bells tour. It should be noted that, on at least one of that tour’s dates, an amped Tech N9ne upstaged some of the tour’s higher-billed acts.

“My music, man, it’s so energetic and it’s so much crowd participation that you don’t have to know it to enjoy it,” he says.

Because it is now statutorily mandated for rappers, Tech N9ne says his next full-length studio release will be a rock album. But unlike Lil Wayne, Tech N9ne is focusing on hard rock. He calls this rap-hard rock hybrid “ghetto rock,” which is “rock music with ghetto situations like child support, like the IRS putting levies on your account.” Here’s to hoping he makes the first tolerable rap metal album. The work will be called K.A.B.O.S.H.

“It stands for ‘Killing America’s Beliefs On Society’s Hoods,’” he says.

Tech cited a recent Woodie Award from MTVU, MTV’s college-targeted station, as an omen of his soon-to-start eternal cultural reign. He said he was at dinner with a few influential on-camera MTV personalities. Tech is a polite interview subject, but he insisted on making and re-making his favorite point: He will prevail.

“They’re going to have to bow down to me sooner or later,” he says.