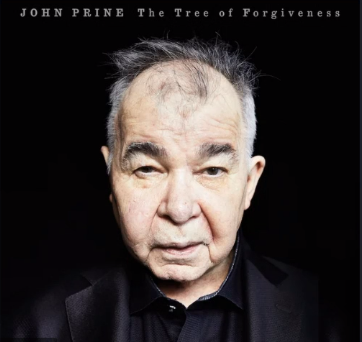 Heavy Rotation this week is inspired by John Prine, a mix of mellow, comforting music that expresses a range of emotion often felt all at once. We wanted to honor the life of a beloved songwriter, not only through his own songs but those inspired by Prine, whether the songwriters knew it or not. Prine was a masterful storyteller who could dive deep into the human experience and come out the other side not only with a memorable tune but a smile on his face. He passed away on April 7, but we know he’s still singing and smiling wherever he is. (If you don’t believe us, just listen to “When I Get to Heaven” off his last release, 2018’s ‘Tree of Forgiveness’.) Listen to the playlist here.

John Prine — “That’s the Way the World Goes Round”

The songwriter always touched on the symbiotic relationship of life and death, finding humor in the ironies of it all while reminding us that our fears are always worse than reality itself.

Raitt may have made this song famous, but its writing belongs all to Prine and nothing beats hearing the two sing it together on this tribute album to Steve Goodman.

Howard’s soothing vocal range captures us in this simple musing about time, pain, longing and waiting off her solo album ‘Jamie.’

The Mumford and Sons frontman released this stripped-down recording of the Rodgers and Hammerstein classic in response to the coronavirus pandemic, both as a song of solidarity and as a fundraiser; all proceeds go to two U.K.-based organizations aiding vulnerable populations.

Howard’s lyrics speak of existential crisis while his guitar looping carries its weight, culminating in a whirling, other-worldly cacophony.

We follow Icelandic singer-songwriter Asgeir’s ethereal sounds into the world of “a memory, warm and dear,” mesmerized by the images flashing before our mind’s eye in the “tiny void” created by loss.

John Prine — “In Spite of Ourselves”

This toe-tapping tune is Prine’s witty songwriting at its finest. Paired with Iris Dement, it’s a mixture of truth, sarcasm and hope all wrapped into one.

Off his debut solo album, Rateliff takes a step away from his band the Nightsweats in favor of more subdued melodies. On the title track the baritone sings about disappointment, letting go of control and finding a way forward.

Grammy Award-winning siblings Sara and Sean Watkins just released their first album (‘brother sister’) together in five years and we couldn’t be happier. This song in particular harkens back to the naïveté of childhood, while reminiscing about all that has changed in the world

Bitterness, loneliness and heaviness invites confession in this weepy ballad from the Kenyan singer-songwriter that makes us feel all the feels.