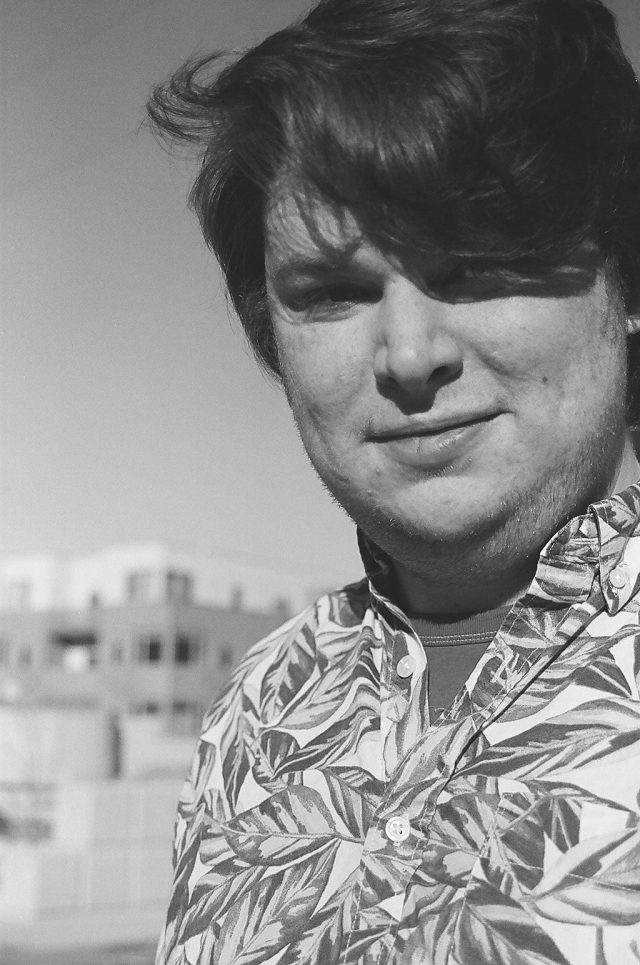 Jeremy Mohney is stuck in the past. Not his past, and not in a bad way. The 31-year-old Boulder native just loves jazz, and pretty much always has.

“My grandfather, at an early age, got me into swing music, which in my mind wasn’t jazz,” he says. “According to jazz history, I would end up being wrong, and I would learn to, as many of us do, accept a lot of things that expanded our horizons.”

Mohney says this education began at just two weeks old, during what would become a tradition of aimless, music-filled car rides with his grandfather.

“That was his sort of thing. We always had a close relationship, especially when I was young,” he says. “If something was going on, or even if it wasn’t, we would drive around and just listen to all these old swing tapes that he had.”

While his classmates at Boulder High may have idolized Britney Spears or Justin Timberlake, Mohney was becoming an encyclopedia of jazz, with Django Reinhart, Duke Ellington, Glenn Miller and other greats as his pillars.

Mohney — who plays both saxophone and clarinet — cut his proverbial teeth at Boulder’s now-defunct No Name Bar, where for many years he would hold court on a weekly basis with hours-long jazz jams and booze-fueled conversations on everything from his Norm McDonald obsession to conspiracy theories.

Mohney’s swinging new album Gold Hill Serenade might sound like the old-time jazz standards he grew up on, but it’s really a collection of transporting vintage-style originals. The album is inspired by one of the musician’s most beloved Colorado locales: the 200-population, 150-year-old town of Gold Hill, just a few miles above Boulder.

“Gold Hill is beautiful,” he muses. “There’s something about the place. I’ve talked to people who live there, and it’s — certainly these days — almost an unimaginable escape from reality. This guy I know up there, George, says it’s like stepping back to the 1800s. You feel like you could walk down somewhere and put in a job at a mine and start digging.”

The supporting players rounding out Gold Hill Serenade are a who’s-who of local talent. Matt Cantor — who has played bass with Boulder-area groups like Gasoline Lollipops and the Widow’s Bane — plays guitar on the album, and has been performing with Mohney for a decade. Kevin Johnson appears on rhythm guitar, with Conner Hollingsworth on upright “doghouse” bass and Rafael Castillo-Halvorssen, another Boulder native, on trumpet.

Mohney is proud his band was able to nail the album’s eight tracks with no technological bells or whistles.

“No instrument was plugged into any sort of amplifier; we just put a mic in front of you and that’s what you get,” he says. “We just pressed ‘record.’ That’s just the way we sound in the room.”

In addition to his prowess on the sax and clarinet, Mohney writes endearing, old-timey lyrics — he sings them sweetly on Gold Hill Serenade, particularly the wistful “Maxwell Pond” and “With You.” Asked what inspires his lyrics, Mohney points to spontaneity.

“You get a melody and then you get a word fitting in there and a story coming out,” Mohney explains. “I don’t know how I do it, but I sit there with rhyme dictionaries and see how it fits, and a story develops. Sometimes the melodies are more important than the lyrics.”

Despite his lyrical chops, Mohney hopes the music on Gold Hill Serenade will speak for itself. “The focus is really how the music sounds and how it makes you feel,” he says. “You can get lost when I stop singing and start playing the saxophone. I want it to be that you’re not focused on anything. I’m actively not trying to make a statement. The only statement I’m trying to make is ‘enjoy the music.’”

Mohney’s whole vision of music is about letting go, and slipping into a dream of New Orleans before Louis Armstrong left for Chicago, or New York City in the age of the Savoy and the Cotton Club.

The record-release party for Gold Hill Serenade will be held on Friday, Nov. 25 at the Gold Hill Inn, a place where time stops and — especially because there’s no cell service — live music becomes a thrill ride.