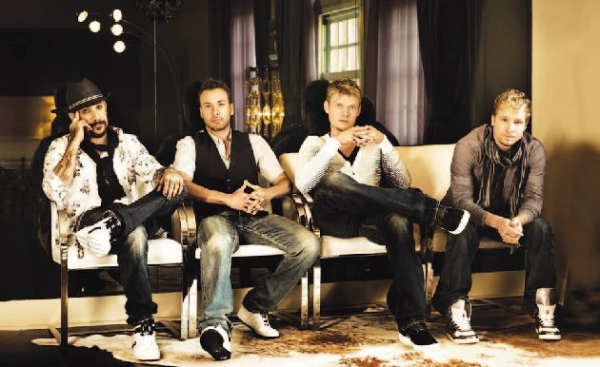 There are two kinds of people in the world: those who love the Backstreet Boys and those who hate them. And whichever group you fall into, you can’t avoid the reality that this group of boy wonders helped define the next generation with their ultra-clean suburban dance mix. It was a soundtrack for the first generation that actually practiced safe sex, and that, in the confusion of the ’90s, played Barbie well into its late teens. It was, after all, your little sister’s music. That the band actually grew up is another matter altogether. After Kevin Richardson quit the scene in 2006 — the fool! — the multi-platinum Prefab Four has gone on, recently releasing its latest disc, This Is Us (call it retro), after their almost apologetically defiant disc, Unbreakable, of 2007. More, for those blasphemous and now-lonely Seattle grunge fans who wrote the Backstreet Boys off as a flash in the pop culture pan, the group just wrapped up a sellout multi-milliondollar European tour. Whether this is good news for the culture or bad depends on who you are. But either way, although Nick, Howie, Brian and AJ have moved from major arena tours to mid-size venues, they’re plenty happy with the knowledge that there’s still a pouty crowd of late twentysomething Match.com junkies that needs pleasing in only a way these onceteen idols can provide.

As late as 2006, the Backstreet Boys were nominated for the Nickelodeon Kids’ Choice Award for Best Musical Group, an honor they actually won only six years earlier. But the biggest problem the band faces is simple: When about half of their fans are almost at the age when they will be scarfing up senior discounts and tearing into the local salad bar, how do you keep it current? The answer is simple, boys and girls: fan cruises.

“The Backstreet Boys are doing their first cruise this coming December on Carnival Cruise Lines,” Littrell says. “The things already sold out, man. I mean, we can talk about it, but I don’t think you can get a ticket.”

According to Littrell, the Boys now range between 32 and 37 (“We’re old, man!” Littrell laughs), but the band is far from thinking about IRAs and AARP sponsorship. Like their pop star forebears of the 1980s who are now resting comfortably as judges on American Idol, the Backstreet Boys obviously have a future in the industry. As for the new album and tour, the Backstreet Boys are evolving. Long gone are the days of Never Gone, when they tried to play rock and their fans just sat in the audience looking confused. The new mission is simple.

“With Unbreakable and now This Is Us, I think we’ve gone through those growing pains of figuring out who we are in order to share ourselves with the rest of the world. It’s more about going back to what I think is relative for us. We’re still dancing our butts off, and singing our butts off.”

On thing’s for certain. People are looking back to the 1990s as the “good old days,” and the Backstreet Boys have made it clear that they are gonna be here to fill that vacuum.

And while many probably won’t be admitting it to their colleagues at the office the next morning, around 8,000 concert goers (according to Littrell, mostly “soccer moms”) imbibed with plastic currency are secretly purchasing their gold circle seats and preparing to sneak off to the show. There’s a reason that the Beatles hung up their career after only five years of performing live, and it mostly had to do with trying to escape the same image that the Backstreet Boys are still trying to embrace. But that was 40 years ago. This is now. Things have changed.

“There’s this feel that people have known us for in the past,” Littrell says, “and hopefully we’ll create some new memories for in the future. I don’t think there’s anybody out there that’s left that’s like us. We’re trying to get our fans over the hump of whatwas with that whole boy band thing. I guess they’re gonna call us a boy band for the rest of our lives.”