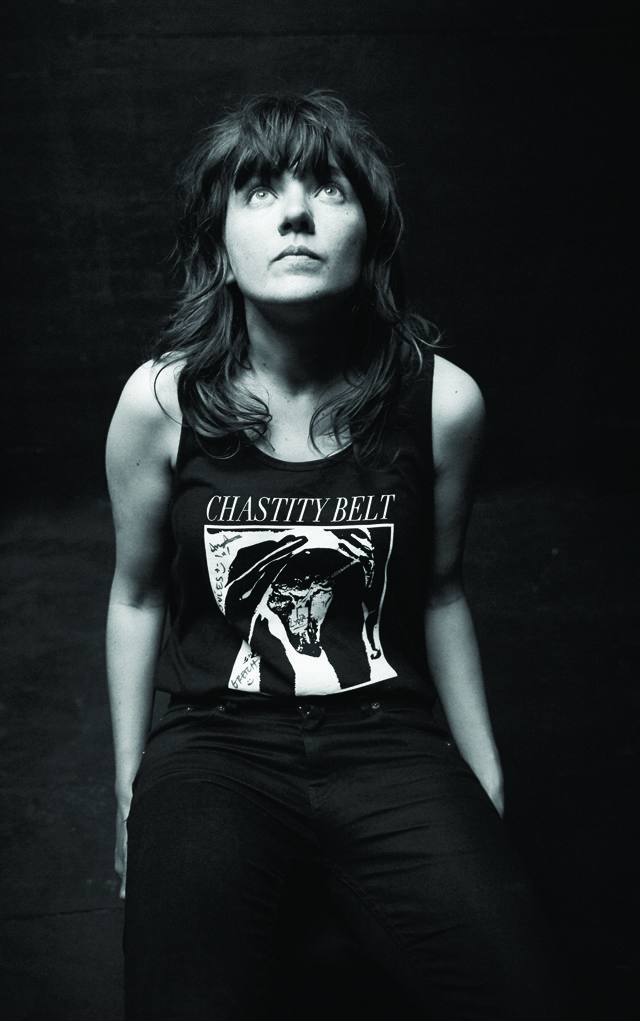 Notoriety came quickly for Courtney Barnett. After releasing her first full-length album Sometimes I Sit And Think, And Sometimes I Just Sit in March of 2015, music journalists tripped over themselves to profile the then 27-year-old songwriter. Barnett was the perfect subject, quiet yet well-spoken, introverted with stage presence, talented but humble, upbeat and funny with a history of clinical depression and anxiety. Sometimes I Sit… was named one of the top albums of the year by Rolling Stone, Pitchfork and Paste — fans and critics loved her. A year after this rapid recognition, Barnett makes her way back to Colorado, playing the Ogden Theatre on Tuesday, November 8.

During the time that Barnett was writing the songs that would earn her prominence, she was living in Melbourne, playing in various bands, writing songs in her bedroom and tending bar down the street from her apartment. Had her career not taken off as it did, she expects that she’d likely be there now. “I guess I’d still be working in a bar or some other job that allowed me flexibility and low-level commitment,” Barnett says. “And spending all my spare time making art, writing music, playing in bands and watching murder-mystery series. All the while daydreaming of the brains for some sort of career in environmental science.”

The question of how she’s come to cope with such rapid success is one she’s well acquainted with. “It’s not easy or difficult,” she explains. “It’s just what it is. It’s funny, it’s the question I get asked the most, and the thing I think about the least. I’m super grateful for the appreciation. It’s like when it’s your birthday and everyone’s really extra nice to you for one day, you secretly love it even though it makes you feel kinda uncomfortable, and then the next day it’s back to normal.”

Barnett’s popularity is likely attributed to her obscure songwriting style and the music videos that accompany her work. In “Pedestrian at Best,” Barnett is an unsuccessful clown, taunted by coworkers and carnival-goers. Once “Clown of the Year 2013,” she’s lost her ability to make balloon animals and sadly tours the carnival with a face full of cheap paint singing, “I’ve got no idea how I even got here/I’m resentful, I’m having an existential time crisis/Want bliss, daylight savings won’t fix this mess/Under-worked and over-sexed, I must express my disinterest/The rats are back inside my head, what would Freud have said?”

Her stream-of-conscious lyrics rattle along at more of a talk than a sing, held together with sporadic yet structured rhyme schemes and sharp, garage rock guitar riffs. What comes of this is a kind of absurdity in songs like “Pedestrian at Best” that her fans truly connect with — an eccentricity that she channels with purpose.

“We go along with the idea that the world is normal and society is normal and war is normal and that’s just life — it just happens,” she says. “But underneath it we’re all thinking, ‘What in the fuck is going on in this place?’ So I guess it’s nice to be re-assured sometimes that the absurdity is not just in your imagination, and yes, you’re awake and why don’t we do something. Standing on a platform singing my tiny thoughts to thousands of people is an absurd reality.”

This truthfulness is a major component of Barnett’s appeal, too. Her art translates common pain: Yes, the world is strange; Yes, I struggled with depression and would lock myself in my room for weeks and wonder what the point of it all was; And no, writing incredible lyrics isn’t always a picturesque, tranquil process filled with muses and light bulbs.

“I like writing because it explains things to me that I couldn’t see before,” Barnett explains. “Sometimes the process is beautiful and inspiring and sometimes it’s frustrating and never-ending. But it usually eventually ends in satisfaction and some further level of understanding. I’ve been re-working this song that I started writing when I was 15. I think I’ve nearly finished it. My approach to songwriting has always been clueless, I just hope for the best each time. Always doing the research, but only completing the assignment the night before the due date.”

When we raise that most-asked question — “How do you cope with your newfound success?” — what we mean is, “Are you happy now? Has your life changed forever?” But in reality, and to the delight of all those music journalists profiling Barnett, she hasn’t allowed her life to change all that much. She spent her Grammy after-party at a bowling alley with close friends. She likes to play board games at home with her girlfriend. She’s often quoted as maintaining her uncoolness, even after achieving fame.

So, did the last year change her? Probably not. Did she learn anything? Sure.

“I’ve learnt plenty,” she says. “I’ve learnt ‘bridge’ in Swedish is ‘bron,’ how to get a free trolley at the airport, how to be grateful, how to take a compliment, to always carry gaff tape. I’ve learnt that when I say I don’t care it means I really care a lot.”