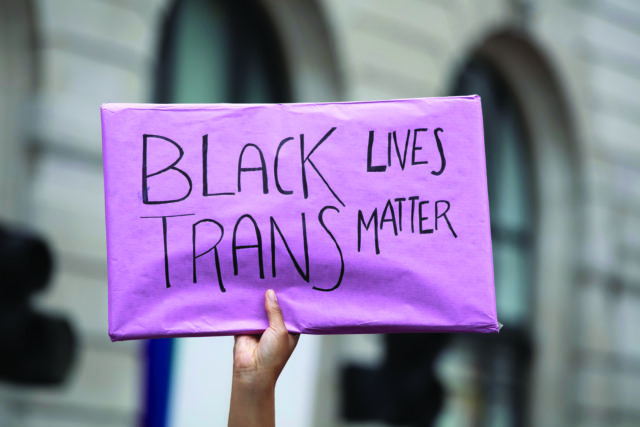 By now you’ve likely heard that J.K. Rowling, author of the beloved Harry Potter series, is a TERF.

It’s a term Rowling considers a slur, though there’s little derogatory in the acronym: Transgender-exclusionary radical feminists reject the notion that trans women are women, often denying trans women the right to access women’s spaces and opposing transgender rights legislation. In short, the term is shorthand for specific ideology.

But those who hold trans-exclusionary views say the term is used to silence their opinions, and publications like The Economist prohibit writers from using it. Trans-inclusive feminist philospher Talia Mae Bettcher suggests caution when using the term, “in case one wants to have a conversation across deep difference. This seems particularly important since much of trans politics is deeply committed to the importance of self-naming and respect for self-identities.”

Rowling found herself sorted into the trans-exclusionary house in 2018 when she liked a tweet from a Labour Party campaign worker that described trans women as “men in dresses.” At the time, Rowling’s publicist blamed it on the author’s age (Rowling is currently 54) — merely a fumble of fingers, a “middle-aged moment.”

But fat fingers don’t explain Rowling’s snide response to a recent article addressing the need to create access to sanitary supplies for “people who menstruate.” The Devex article referenced women and girls, but also acknowledged the fact that “gender-nonbinary persons” and trans men can menstruate as well.

Rowling was having none of it.

“People who menstruate,” Rowling tweeted on June 6. “I’m sure there used to be a word for those people. Someone help me out. Wumben? Wimpund? Woomud?”

When the backlash came — from actors, activists, scientists and more — Rowling doubled down.

“If sex isn’t real, the lived reality of women globally is erased,” she tweeted. “I know and love trans people, but erasing the concept of sex removes the ability of many to meaningfully discuss their lives. It isn’t hate to speak the truth.”

The author’s insistence that trans women aren’t women is a common theme in radical feminism in the United Kingdom, much more so than here in the States. Trans-exclusionary feminists often define their views as “gender-critical,” using rare cases of violence or abuse perpetrated by trans women to claim that all trans women are threatening, especially to cisgender (one who identifies with the gender assigned at their birth) women and children.

“This supposed concern for cis women and children has become the primary method for radicalizing gender-critical feminists, similar to how Islamophobes play up threats of gang rape of white women by Muslim men, or white supremacists have historically painted black men as sexual threats to justify segregation,” Katelyn Burns, a transgender woman and political reporter for Vox, wrote for the website in 2019. “Defending the purity of white womanhood has always been a significant axis of common bigotries, and gender-critical feminism operates in the same fashion. With ‘stranger danger’ drilled into the heads of women and girls from a young age, anti-trans feminists can easily paint ‘the other’ as a constant sexual threat — despite the fact that studies have repeatedly shown that women are most likely to be sexually assaulted by someone they already know.”

And despite the fact that research has shown nearly half of all trans women have been victims of sexual assault in their lives.

Marie Sowers, a transgender woman in Boulder, thinks Rowling is “part of that old guard where she’s conflating sex and gender.”

Biological sex — the physical expression of genitals — is different from gender, the expression of masculine or feminine behaviors. Gender is socially constructed, built around what societies have deemed normal behavior for boys and girls. But biological sex is expressed in shades of grey as well. Anne Fausto-Sterling, a professor of biology and gender studies at Brown University, argues there are at least five sexes based on scientific research around the occurrence of extra chromosomes.

“Sexual expression relies on a complex process of gene mutation and any slight differentiation can affect hormone production, physiological function or physical traits,” Lauren Heskin wrote for Image on June 8. “Female genes may express female organs but also create typically ‘male’ elements, like high levels of testosterone, while still being able to complete all of the ‘female’ tasks, like becoming pregnant.”

“They’re very much reactionary,” she says. “I would place them in the same box as climate deniers and flat Earthers: You could point the science out to them, you could bring textbooks, and they’ll still tell you you’re wrong.”

But Rowling’s comments aren’t just detrimental to trans civil rights, they’re detrimental to the civil rights movement as a whole, and specifically to the platform of Black Lives Matter (BLM), which was founded by three black women, two of whom identify as queer.

“As organizers who work with everyday people, BLM members see and understand significant gaps in movement spaces and leadership,” the BLM website says in a statement about the origins of the movement. “Black liberation movements in this country have created room, space, and leadership mostly for Black heterosexual, cisgender men — leaving women, queer and transgender people, and others either out of the movement or in the background to move the work forward with little or no recognition. As a network, we have always recognized the need to center the leadership of women and queer and trans people. To maximize our movement muscle, and to be intentional about not replicating harmful practices that excluded so many in past movements for liberation, we made a commitment to placing those at the margins closer to the center.”

The BLM movement has taken center stage in the U.K. in much the same way it has in the U.S., with protesters taking to the streets to demand police force reforms that will end racial profiling.

In the U.S., research by the Human Rights Campaign has found 34% of black trans women face housing insecurity compared to 9% of non-black trans people. The National Center for Transgender Equality reports 21% of transgender women have been incarcerated at some point in their lives. Black, Latinx and mixed race transgender women are more likely to report experiences of victimization while incarcerated. This year, at least 12 transgender or gender non-conforming people were fatally shot or killed by other violent means in the United States.

On June 1, Iyanna Dior, a black transgender woman, was beaten by a crowd of men at a gas station in Minneapolis as uprisings broke out in the aftermath of the death of George Floyd. Dior survived, but the attack came only days after Tony McDade, a black trans man, was fatally shot by police in Tallahassee, Florida.

“This is the time for our progress to be intersectional and intergenerational; if not all of us, then none of us,” Tiq Milan, a writer, activist, public speaker and black transgender man, wrote for NBC on June 9. “All black people deserve to be heard and be seen in this movement, and the black identity of LGBTQ people isn’t exclusive of our trans and queerness. There can be no hierarchy created to determine which black lives are more valuable than others. All systemic violence and discrimination against black people have to be examined.”

Writer and feminist activist Viv Smythe, who (unintentionally) coined the term TERF in the late aughts, notes the similarities between trans-exclusionary feminism and black racism in a 2018 column for The Guardian:

“Much of the factional divide [in feminism] comes down to yet another gatekeeping argument about purity in feminism, perennial since the women’s suffrage movement, and this one has uncomfortable echoes of Elizabeth Cady Stanton’s arguments against extending voting rights to black men. Various ‘waves’ of feminism developed as schisms arose regarding which directions were the truest or most effective ways to liberate women from sexist oppression. Those (and new) divisions will always be part of any movement focused on social change, because each step of progress sees further layers of injustice uncovered.”

As the world — the white world — responds to systemic black racism, it exposes an even uglier system in place for black trans people.

“We … have to be vulnerable enough to confront the ways in which transphobia within black community sets the stage for violence and trauma,” Milan writes. “Too often transgender people have been silenced when it comes to conversations about our lived experience with state-sanctioned violence, policing and racism. The time to approach social justice in broader, more honest terms is now.”

When Rowling conflates sex with gender, when she claims that her own story is erased when trans women are considered women, she is narrowing the approach to social justice.

“To advocate for the rights of trans people is not to advocate against the rights of anyone else,” Andrea Gibson, a nonbinary poet and activist in Boulder, wrote in an email to Boulder Weekly. “The idea that the unending feminist fight for the rights of women is in anyway at odds with trans liberation is false. They are movements deeply dependent on each other to thrive. I would say they are the same movement.

“For me, the most heartbreaking aspect of J.K. Rowling’s Twitter rant was that it was not an accident of ignorance,” Gibson added. “Her words were precise, thought-out, targeted statements of bigotry, framed as feminism. Her intention, it seemed, was to deny and erase the lived experiences of some of the most marginalized people in the world. And she did this in the middle of Pride Month. No one with that much power lacks an understanding of how far-reaching her power is. My whole being aches for the already at-risk trans and non-binary youth who read what she expressed and might right now be questioning the validity of their lives.”

In a blog post for The Trevor Project, Harry Potter himself, the actor Daniel Radcliffe, made it clear that he didn’t stand with Rowling’s comments either.

“Transgender women are women,” he wrote. “Any statement to the contrary erases the identity and dignity of transgender people and goes against all advice given by professional health care associations who have far more expertise on this subject matter than either Jo [Rowling] or I.”

As for Sowers, she says it’s impossible to read Rowling’s work uncritically now, noting other problematic aspects of the Harry Potter series, too many and too nuanced to note here (think: Dobby, pure blood, one Asian character named Cho Chang, Gringots bankers).

And if you’re looking for a series to read with your children this summer, Sowers recommends Rick Riordan’s Percy Jackson series: “Hands down.”