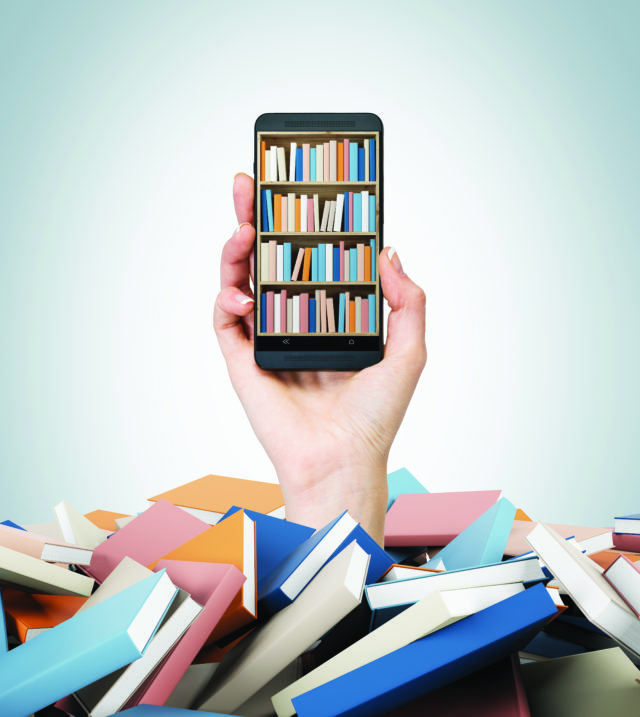 You may think of Instagram as a platform for images, but it may be the next place you turn to read a novel.

Don’t scoff, because it’s already happening. In August 2018, New York Public Library (NYPL) launched its Insta Novels program with a digitized version of Alice’s Adventures in Wonderland, with colorful modern illustration by Swedish designer Magoz. For the next several months, NYPL released more Insta Novels, including Charlotte Perkins Gilman’s The Yellow Wallpaper, Edgar Allen Poe’s The Raven, Franz Kafka’s The Metamorphosis and Charles Dickens’ A Christmas Carol. All titles are available to followers of NYPL’s Instagram account — whether you live in New York or not, no library card necessary.

A little over a year later, NYPL confirmed approximately 300,000 people had read the handful of iconic novels it made available on its Instagram page.

While it’s safe to say Insta Novels likely won’t replace your Kindle anytime soon, the concept — whether you care for it or not — equalizes access to literature. Anyone with a smartphone (about 2.3 billion people globally, according to Pew Research Center) can read these stories, whether they’re in New York or New Zealand or Papua New Guinea.

This is no debate about print versus digital — that ship has sailed, and digital reading is here to stay. The question is how best to use digital media (and its platforms, like Instagram and Twitter) to encourage reading in an age when very few adults read a single novel in a year. (Again, Pew reports roughly a quarter of U.S. adults — 27% — say they haven’t read a book in whole or in part in the past year, whether in print, electronic or audio form.)

Insta Novels are only the tip of the iceberg.

“Cell phone novels” are far from new. “Keitai shousetsu” began in Japan in the early aughts, primarily consumed and produced by young women. The literature — mostly romantic fiction in those early days — was sent chapter by chapter directly to readers via text message, email or online sharing website. The chapters were typically between 70 and 100 words.

Though short, these novels rarely lacked complexity. For a culture that’s traditionally economical with language, cell phone novels were a perfect fit for Japan. They also predicted the shortening of attention spans that was to follow the boom of smartphones.

Then of course came e-readers, with the Kindle released in November 2007. Sales of Amazon’s e-reader reached more than 23 million by 2010, but started declining in 2012 and haven’t really stopped (though, it should be noted that Amazon still reports selling more e-books than hard copies).

“The ebook is a stupid product,” Arnaud Nourry, chief executive of French publishing company Hachette Livre, told Indian news site Scroll.in back in February 2018. “It is exactly the same as print, except it’s electronic. There is no creativity, no enhancement, no real digital experience.” Nourry was adamant that the decline of e-book sales in the U.S. and U.K. is “not going to reverse.”

Nourry is far from alone in his analysis. Articles from The Guardian and TechCrunch in 2017 lamented the e-book’s lack of creativity.

“Children’s books, which represent an area of significant growth, just don’t work well on e-readers (although there are lots of children’s reading apps),” Paula Cocozza wrote for The Guardian. “Neither do young adult titles, even though this age group might be expected to opt for the most technological reading experience.”

Brian Heater, a reporter for TechCrunch, blames the lack of innovation.

“[T]he technology hasn’t evolved all that much in over a decade,” he writes. “Refresh rates are still a major hurdle to doing anything beyond page flipping.

“Color e-ink, meanwhile, has seemed perpetually just out of reach. Technologies are just too expensive, too glitchy or both. And besides, a move to color brings us back to that earlier question: at what point would users just be better off with an inexpensive tablet?”

Or a cellphone. Ninety-two percent of American adults own a cellphone, and 45% own a tablet. Why spend money on a device dedicated to reading when you can read on a device meant to manage multiple tasks?

Insta Novels, designed by the agency Mother New York, use the character of Instagram to pull readers forward, including small animations throughout the books. With stunning, fully color illustrations and moving animations, an Insta Novel is far more visually appealing than anything an e-reader can offer.

Cell phone and tablet technology has also opened up the possibility of immersive, personalized storytelling. The Ambient Literature project publishes stories that pull in details about the reader’s location, the time of day and the current weather for a smartphone-based story.

“With the rising percentage of people using mobile phones as an extension of themselves, it makes sense that books would find a home on them alongside texts, games, music, Instagram, Twitter, Facebook and all those other handy apps,” publishing expert Laurie McLean wrote in a late 2018 story for Fuse Literary. “I would love to predict that in 2019 savvy authors will really study this small, portable reading format and create a new kind of book perfectly suited to the screen size and shortened reading times. Of course I’m still waiting for ebooks v2.0, so we may not see a spark of something new on iPhones or Galaxies for a while yet.”

Perhaps 2020 is the year of the cell phone novel in America.