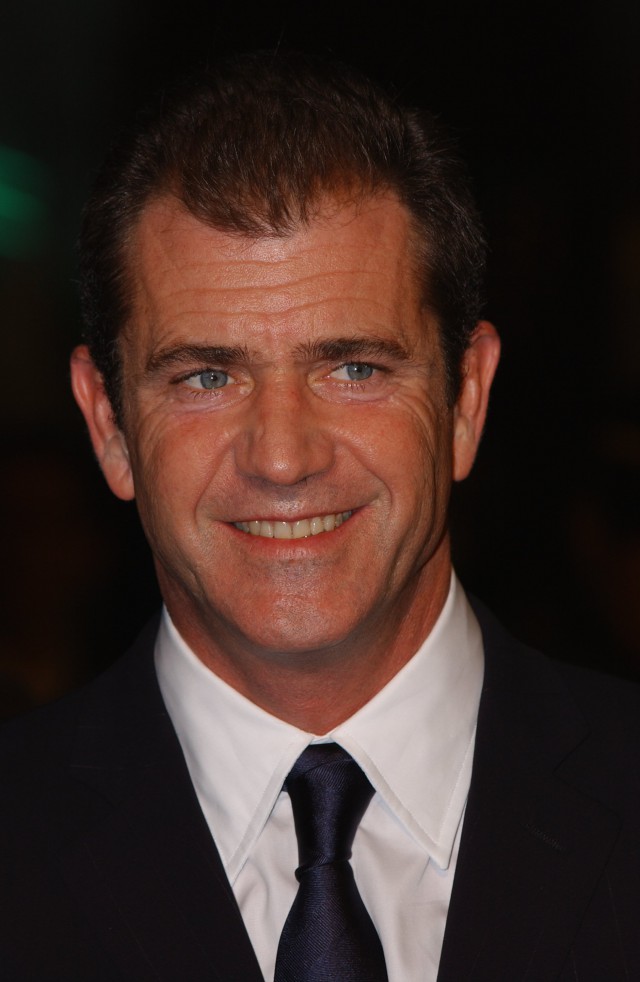 — As legal and publicity problems mount, his prospects for a future in mainstream grow dimmer.

Eight minutes of new audio surfaced on Monday capturing Gibson’s angry and expletive-laden rant to ex-girlfriend .
The recording, which appeared on the website Radar Online, follows an
earlier release on the site of a tape in which Gibson uses foul and
threatening language toward Grigorieva as well as the N-word. Monday’s
audio features an increasingly apoplectic Gibson threatening
Grigorieva, with whom he’s locked in a child custody battle, yelling at
her that she needs a “bat to the side of the head” and that he could
put her “in a … rose garden” if he wanted to.

Interviews with a number of
talent agents and studio executives on Monday suggest that as a result
of these recordings, Gibson has become anathema in the entertainment
business; the insiders see little way Gibson would be hired as either
an actor or director on any mainstream film.

On Friday, the news broke that Gibson had been
dropped by his agency, William Morris Endeavor, around the time that
the first reports of a diatribe against Grigorieva surfaced and as his
longtime agent and supporter, , lay on his deathbed, both of which may have been factors in the decision.

The Los Angeles County Sheriff’s Department also has
confirmed that it is investigating the actor in a domestic abuse case.
In the new recording, which will be added to evidence already being
reviewed by detectives, the onetime A-lister seems to acknowledge that
he hit Grigorieva, the mother of his child, when he responds to her
mention of him hitting her by saying, “you … deserved it.”

Sheriff’s spokesman said the investigation would not be affected by Gibson’s celebrity.
“First of all there was no favoritism last time (referring to a 2006
incident). There is no favoritism this time,” Whitmore said. “We’re
just doing our job.” The department faced criticism after Gibson’s 2006
drunken driving arrest after it was suggested that the actor’s
anti-Semitic comments be expunged from the arrest report.

On Monday, Gibson’s publicist, veteran , said that his client had no comment on the current scandal.

It’s unlikely, agents in said, that Gibson would be signed by another powerhouse
agency given his current low stock. But at least one smaller agency
casually discussed the pros and cons of signing Gibson, an agent at the
company said. At a meeting on Monday, the agency’s staff debated
whether it was worth the bad PR that would surely accompany such a move.

Experts in crisis public relations said Gibson was
in a maelstrom of trouble that would challenge the best of their craft.
“He needs to find an appropriate villain in this issue, and as long as
he can’t put it on alcohol and drug abuse, he’s going to be the
villain,” said , a strategist at the publicity agency .

But he also said that the actor-director’s career and image were, even after several offenses, not beyond salvaging. “ is first and foremost an artist, and as long as he can produce great
work, he’ll have a way forward,” Maloni said, while acknowledging a
Catch-22 problem in which Gibson may need to produce good work to
resurrect his public image, but it would take a resurrection of his
public image before a studio would hire him to work.

Many of Gibson’s allies in have remained quiet as the controversy has mushroomed.

On Monday, representatives for ,
Gibson’s longtime friend and his director and co-star in his new movie
“The Beaver,” said that she was in post-production and unable to
comment. A spokeswoman for , the producer
who worked with Gibson on his recent film “Edge of Darkness” and has
been planning a Viking epic that Gibson would direct, said King was on
the set of another film and was unavailable to comment.

A spokeswoman for , the
often vocal African American actor who co-starred with Gibson in the
four “Lethal Weapon” movies — the franchise that, with its biracial
pairing, helped shoot Gibson to the top of the action-star A-list —
chose not to weigh in. “At this time, Mr. Glover does not have a
comment, and there is no statement regarding Mr. Gibson.” When asked if
that might change, the representative responded, “The decision is that
he will not (comment).”

Gibson has shown a propensity to work in recent
months — he returned to acting earlier this year in the crime thriller
“Edge of Darkness,” which performed middlingly at the U.S. box office.
He also took a role in Foster’s quirky indie movie “The Beaver” as a
way of casting himself in a different light and appears in “How I Spent
My Summer Vacation,” in which he plays a criminal who, coincidentally,
tries to rehabilitate himself.

The status of both films remains in question in the
wake of Monday’s startlingly raw audio. The former has U.S.
distribution from the standalone studio ,
but industry experts believe the movie could stay on the shelf rather
than come out later this year given the newly created marketing
challenges. “Vacation” has distribution in some overseas markets
through Gibson’s own Icon international distribution label but does not
yet have a studio home in the U.S. Other projects — particularly the
Viking picture, in which Gibson would direct in a period drama — were also thrown into question as a result of the scandal.

Gibson can continue making movies through his own -based , which finances movies outside the
system. He’s also believed to be capable of financing films directly
from his own pocket, given residuals on franchises such as “Lethal
Weapon” and the global success of his self-financed 2004 film “The Passion of the Christ” — though a divorce from ,
his wife of 28 years and mother to seven of his children, and now
potentially more child support payments for his and Grigorieva’s infant
daughter, could diminish his personal wealth.