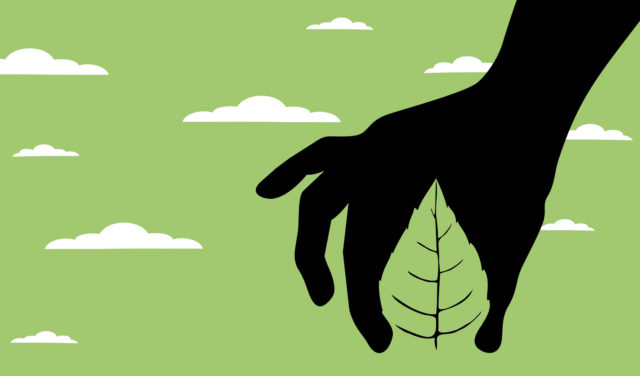 The timing of the fourth annual Americas Latino Eco Festival (ALEF) could not be better. The United States is in the middle of a presidential election that has seen environmental issues, including climate change, rising to the forefront of political significance for the first time in our nation’s history.

After years of hearing both political parties claim that environmental issues like global warming just didn’t move the needle when it came to election outcomes, 2016 has been a decidedly different story. The infusion of Independent Vermont Senator Bernie Sanders into the presidential race energized millions of voters for whom the environment — that’s to say the future of the planet — is one of their primary concerns.

This massive dose of environmental energy amongst the general population has forced changes to at least the rhetoric of this year’s political debates and quite possibly to changes in future policies as well. But will it be enough to save our planet from flying past global warming’s point of no return, which is at best only a few decades away and at worst… now? The answer is, only if we are all working together.

And that is the message of ALEF.

First we should point out that while this amazing festival is playing host to some of the most respected and well-known leaders of the global Latino community when it comes to the arts, sciences and environmental activism, it exists for the benefit of everyone who cares about the future of our planet regardless of the color of your skin. So don’t think that this festival is for Latinos only; it is for all of us who care about the environment.

The reason for the emphasis on the Latino environmental perspective is simple: Latinos make up 70 percent of our hemisphere’s population and they represent the largest minority group in the U.S. at nearly 60 million people and growing. They have long been left out of the organized environmental movement despite the fact that far more Latinos live in areas where pollution and global warming are currently harming their communities than whites. And they have been left out despite the fact that 54 percent of Latinos see climate change as something that is extremely important to them personally and 63 percent of Latinos support broad federal action to slow climate change. (Both of these percentages are much higher than those for whites.)

The bottom line is that if we are to prevail in our fight for clean air, clean water and against global warming, we can not be successful without the help and inclusion of Latinos, and that is why Boulder Weekly is a proud sponsor of the ALEF and why we want to encourage all of our readers to attend as many of the festival’s panel discussions with artists, activists and scientists as possible. It is truly one of the most important events in Colorado. We hope you’ll enjoy the following profiles and conversations with a few of the important artists attending this year’s festival. And we hope to see you there, for the sake of all of our futures.

Puerto Rico is a very different place now than how novelist Esmeralda Santiago remembers it from childhood.

“Now when you fly into Puerto Rico, you see roof, upon roof, upon roof, upon roof,” Santiago says. “You see fewer patches of beautiful treetops. You just don’t see as much green as you used to. It is very disappointing, and it makes you sad, because you know what you’re losing — that connection to a place that was very specific in its natural environment.”

Santiago was born in San Juan and grew up in a rural community, where her family had no electricity or running water. While those conditions were far from idyllic, they created a bond to the land that Santiago still feels. It’s a relationship that she thinks people are losing, and why events like the ALEF are so important.

“We do lose some of our humanity when we don’t know where our food comes from and when we don’t know anything about nature, and when we’re afraid of walking into the woods because something might bite us,” she says. “[But] festivals like this remind us that we are a part of these systems.”

“Puerto Rico is kind of this little forgotten island in the middle of the Caribbean that people in the United States don’t think about unless something major happens, usually not good news,” she says. “Basically I want to put Puerto Rico on the map, and that’s what I’m trying to do in my own small way.”

In her memoirs, Santiago shares personal stories about her family and her culture. She’s won several awards for her work and her books have been widely read. All over the world she’s heard from fans of her books who relate to her story, showing that we may live differently, but we’re all linked.

“When you write from your heart, and with passion and truth, you will connect with people even when they’re really different than you,” she says. “I think the reason people feel connected to me through my work is because we are all grains of sand on the beach. We’re all in here together.”

And because we’re all here together, she says, we all have a duty to take care of the planet together.

“People are very careful about about cleaning their homes, and dusting their chachkas and taking care of their things,” she says. “But just step outside, and remember you have to take care of that as well.”

Musician Patricia Zárate believes there’s a lot to be gained from nature.

“[I] simply believe you can’t play music if you don’t connect to nature and your surroundings,” she says. “[I] believe the person playing is a whole being connected to all of the different realities, including the reality of the ecosystem we live in.”

Born in Chile, Zárate came to the U.S. when she was 20 to pursue music, and has since traveled all over the world with jazz and music therapy. Now she works as the social outreach coordinator for the Berklee Global Jazz Institute, which encourages students to use music as a tool for the betterment of society.

“First we explore creativity, then we explore and advance the social power of music, then we connect music with nature,” she says.

To do this, in the past she and her colleagues have taken students outside of the classroom to the jungles of Panama to encourage them to observe the world around them. She’s taken not only music students but biology students as well in an effort to promote the interrelation of art and science, which is essential yet hard to find in education.

In these outings, students experience the all-encompassing sounds of nature, as well as lessons from plants themselves, like how the trees move.

“When the wind goes north the trees go south, they move to the contrary place,” she says. “They don’t move the same as the other trees because the lianas (vines) will get them, and if there is any tree that falls, all the trees that have the lianas around them will fall with that tree. So the tree that finds a different rhythm is the one that survives in the forest. …

“The biology students ask why in a biology sense, and we ask why as musicians, and we come to the same conclusion: You need that creativity in order for your species to survive,” she continues.

Finding these patterns help students become more aware, and with awareness comes action to save the environment. Zárate believes in the power of music to change the world.

“Music is just too powerful in huge way. It’s going to affect us if we want or not. Noise affects us, neurologically, emotionally, psychologically on a conscious and unconscious level. We simply cannot ignore it,” she says.

In 2005, when Lorenzo Duran found himself unemployed at 36, he took it as an opportunity to discover what he really wanted in life. After some soul searching, he realized his life had been absent of his two passions: art and nature.

He returned to the canvas and picked up the oils again, working with the environment as his muse.

“We belong to nature, we can’t live, breathe or eat without it,” he says in a translated email.

“Art has always been a thought provoking tool, and it can touch people’s feelings in many ways, so if all that power is used properly then art can help to promote environmental awareness and of any other kind.”

One day in 2006 he found artistic inspiration in an unlikely place: a caterpillar. He was intrigued by the shapes left by the animal consuming the plant, and he wondered if he could emulate the same technique on a leaf. Duran went on to teach himself leaf cutting and to carve intricate designs into leaves, including other natural life and animals. He also researched the best ways to preserve and conserve his work to last longer than an average leaf that has fallen on the sidewalk.

“I try to be somehow part of a circular way of making things, by imitating Nature I feel more connected to it,” he writes.

His work bridges the gap between art and environmentalism and calls the viewer’s attention to many aspects of nature: the importance of one single leaf, the beauty and potential plants can hold, the overlooked creativity of animals, and the constant life cycle.

On his website he quotes Spanish writer Jorge Wagensberg: “The environment is one of the essential parts of a living being.”

For him the quote serves as a reminder.

“I think it’s the basis for what we are,” he says. “Even when we behave as disconnected from nature and our environment, we are part of the same thing; so I try to keep it in mind for me, my work and everything else.”