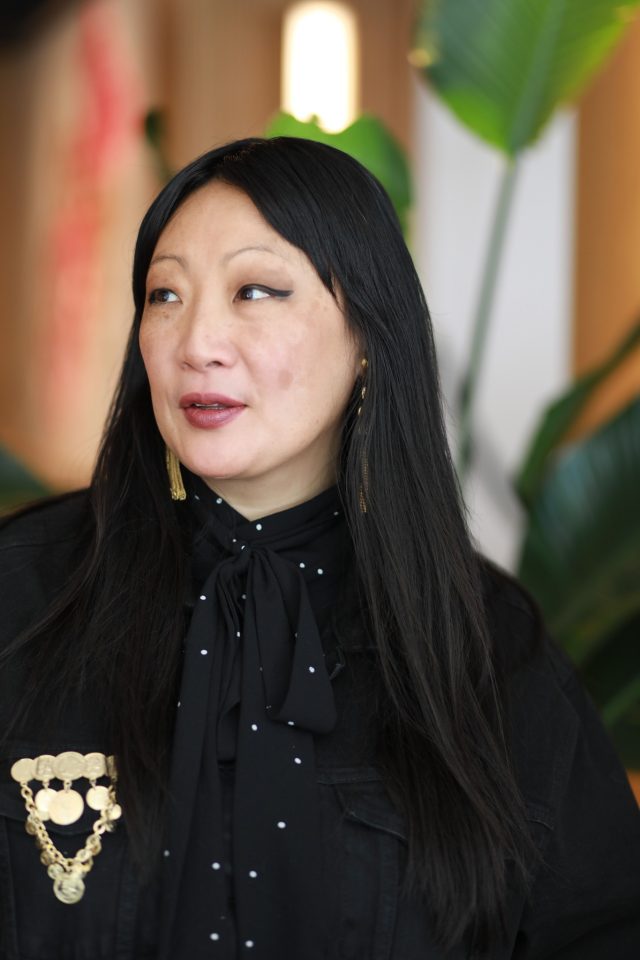 It was a winding road that brought Jane Burke back to Boulder as curator of the city’s flagship contemporary art institution. But during the first week behind her new desk at the Boulder Museum of Contemporary Art (BMoCA), fresh off an eight-year stint in the Textile Art and Fashion Department at the Denver Art Museum (DAM), the University of Colorado alum says it feels like a homecoming in more ways than one.

“It felt like a good time to go back to my first love, which is contemporary art,” Burke says. “It’s a full circle moment to be able to work with living artists again.”

But whatever the time period, Burke’s curatorial vision is one that peers through a sociological lens. Her previous work in textiles grew out of a master’s thesis exploring identity through Chinese costuming at the University of Hawaii in Honolulu, and her work at DAM included a number of multi-media exhibitions co-organized with fashion historian and curator Florence Müller. She sees her upcoming BMoCA tenure as a way to continue advancing conversations that go beyond the walls of the gallery.

“BMoCA is a great incubator for artists because they can be very responsive in a concentric mindset,” Burke says. “You can really work with a local community, but also be in conversation with global politics and what’s happening in the social-cultural climate.”

With these overlaps in mind, Burke is stepping into the curator role during a pivotal moment in BMoCA history. The 50-year-old organization, which already boasts more than a half-dozen galleries throughout the region, announced earlier this year it will be expanding with a new flagship museum and “creative campus” in North Boulder as early as 2026.

“As we look to be in a new part of the community, we want someone in the curation role who values community and can tie pieces together,” says BMoCA Deputy Director Gwen Burak. “Jane’s experience will help us envision how we can really be both a vessel for the conversation about contemporary art in the country and the world, while also serving our community in that regard. And I think she has a really lovely set of skills and the nature to make that happen with us.”

As that broader vision for the future of BMoCA begins to come into view over the coming years, Burke sees potential in the museum and its mission to build connection by amplifying the voices of artists here at home and beyond.

“BMoCA is charged to be very community minded. There’s just so many attributes in terms of the size and location,” she says. “The program is so robust, and there’s so many opportunities to impact the Front Range at large. That’s really appealing to me.”