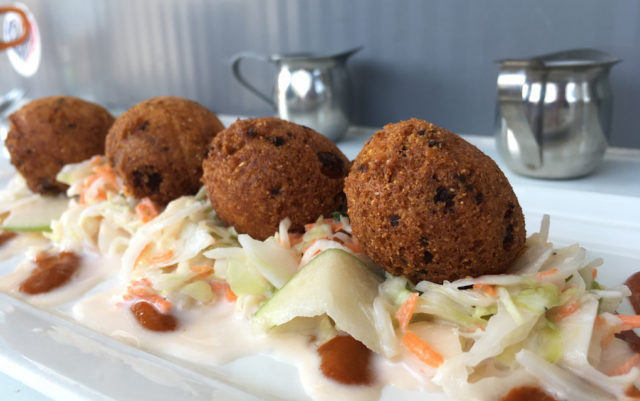 A great hush puppy is two crispy-on-the-outside, moist-on-the-inside bites of comfort — any bigger than two bites and you run the risk of losing that crunch. Whether it’s a little sweet (like the puppies in Louisiana) or straight savory (like the pups at a North Carolina fish house), a great hush puppy is the perfect accoutrement to cole slaw. Four Friends Kitchen offers up the savory version of this classic combo with a twist: jalapeño and chorizo are folded into the pup batter for a slightly spicy treat. The cole slaw offers a creamy contrast to cool the mouth after every spicy bite. $6. 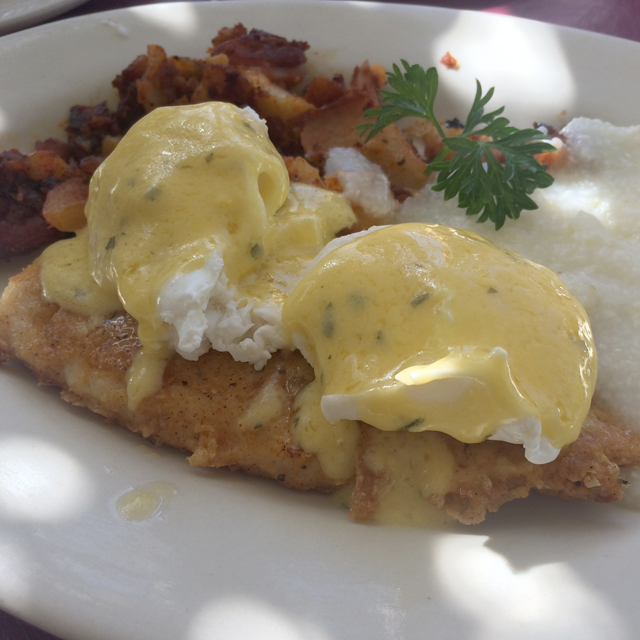 When you eat at Lucile’s, you likely won’t need another meal for the rest of the day. It’s a wholly satisfying dining experience — from bloody mary to beignet to second bloody mary and on to brunch — and the food seems to work on time release to keep you full throughout the day. The characteristic richness and vibrancy of Lucile’s food is on display in the eggs Pontchartrain. A hearty filet of fresh pan-fried mountain trout is topped with two poached eggs, as dense as water balloons filled with yogurt, and a creamy béarnaise sauce. The fish is mild, but tender and moist, and the flavor comes from the punchy béarnaise. Served alongside grits, potatoes and a Tempurpedic buttermilk biscuit, it’s actually no wonder why you’re full for the whole day after a visit to Lucile’s: everything’s so damn good, you end up eating a metric ton of rich food. But there’s something about the cozy interior and sunny porch at the Boulder location that balances everything out. $12.75. 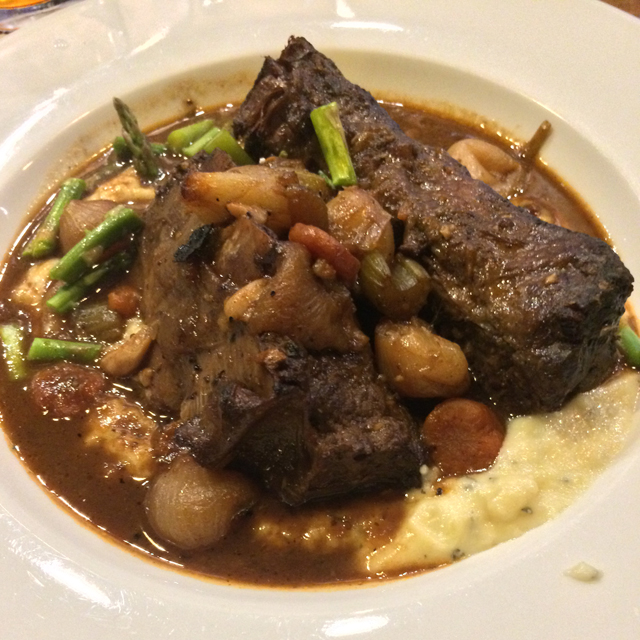 The North End at 4580 has been a haven over the last decade or so for North Boulderites without the will to leave the neighborhood, but in need of fine dining in a casual setting. The rotating menu hits several American staples, often with Cajun twists, and the argument can be made there’s no better time to visit their cozy confines than now, as the weather gets colder. That’s in part due to their well-appointed menu, which includes the hearty braised bison short ribs. Two monstrous slabs of bone-in bison are delicately crusted in coffee and braised in Bourbon. It’s served alongside electric roasted pearl onions, carrots and snappy asparagus, all over a bed of rosemary-garlic mashed potatoes. By the end of the dish, when everything’s mangled together, it’s just about the best winter stew you could ask for. $24. 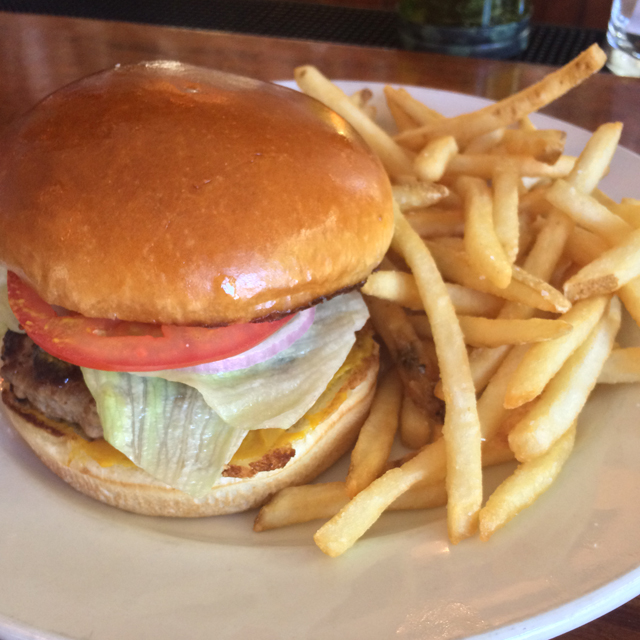 Louisville’s 740 Front has been a nice addition to Historic Old Town. Inside, it feels historic, with Rube Goldberg ceiling fans and Prohibition-era spirits and cocktails. The menu of steak house staples hits on many dishes from another time too, there’s still room for innovation in the kitchen. Take the humble turkey burger. Ground turkey is combined with apple, chutney, celery and herbs before it’s covered in a popping chutney mustard sauce. The meat patty itself is ridiculously tender and moist, and it most assuredly would work as a meatball (perhaps with gorgonzola substituted for the mustard), but we’ll take it as a burger. It’s got tart sweetness and a dry spice, and the clever mustard creation makes it sing. The fries, thin cut and long, are crispy, salty and serve as a friendly side. $9.95.