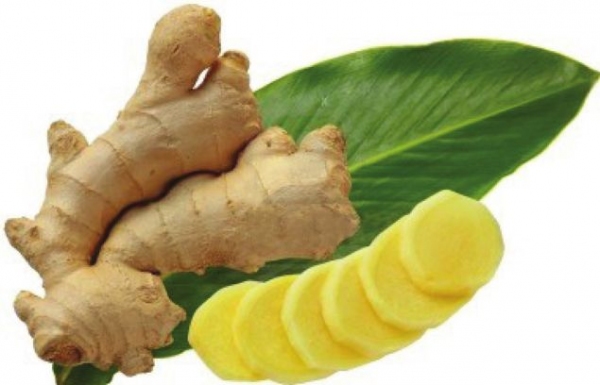 What would the holidays be without gingerbread? As William Shakespeare wrote in Love’s Labours Lost, “And I had but one penny in the world. Thou should’st have it to buy gingerbread.”

Zingiber officinale initially came to us from the Far East — southern China and Malaysia. There, the root is used chiefly in savory dishes. It spread westward across Asia to Egypt and entered Europe through Greece. Both Egyptians and Greeks baked a type of gingerbread for ceremonial purposes.

During the 11th century, crusaders brought the spice to Europe. European cooks began experimenting with ginger, and soon discovered that it had a preservative effect when added to baked goods. After this, recipes for cookies, cakes and breads became common. There were many variations, from a crisp flat cookie like a gingersnap to soft, delicately spiced cakes which could be dark or light, sweet or spicy.

In England, gingerbread was sold at country fairs and quickly became a fairground delicacy. Autumn fairs often featured cookies in animal shapes, while at spring fairs, flower-shaped cookies were common. These were always colorfully decorated or stamped with a mold and dusted with white sugar.

Catholic monks baked ginger cakes portraying saints and other religious motifs. Queen Elizabeth I used gingerbread cookies to impress visiting dignitaries by presenting them with a cookie baked in their own likeness. Ornately carved “cookie boards” were used to press the pattern onto stiff, rolled dough.

In Germany and France, gingerbread baking became recognized as a profession. The lebkuchen guild employed master bakers and artisans who crafted intricate works of art from gingerbread. With the exception of holidays like Christmas or Easter, only professional gingerbread bakers were allowed to bake the spicy treat. Nuremberg, Germany, became known as the “Gingerbread Capital of the World.” When the Brothers Grimm published the story of Hansel and Gretel, orphan children who came on a house made of bread and sugar in the woods, gingerbread houses grew in popularity.

British traditions of gingerbread men and German traditions of gingerbread houses crossed the ocean with European immigrants. Regional variations soon developed. In New England, gingerbreads were made with maple syrup, while sorghum molasses was a common sweetener in southern states. Gingerbread quickly became an American holiday tradition. Today, there are numerous recipes with variations in flavor, form and presentation. Modern baking aids and decorative items enable the creative cook to make spectacular houses or people from gingerbread.

But ginger adds more than just flavor. For millennia, the root was used in Ayurvedic and Tibetan medicine to reduce nausea, soothe an upset stomach, combat colds and flu, help joint problems like arthritis, and improve circulation.

Modern research has upheld these ancient claims. Scientists have identified more than 40 separate antioxidants in ginger. In laboratory studies, some of these compounds have been found to block certain stages of cancer development. Others have anti-inflammatory properties. Modern medicine has shown ginger to be a vasodilator, widening blood vessels and increasing the metabolism. Gingerols are compounds in ginger that fight inflammation, alleviating arthritis pain, muscle aches and may aid the fight with some cancers.

Ginger can be bought three ways. “Fresh” ginger is ginger root. Chopped or sliced thin, it can add zing to stir-fries, salads and soups. It’s a great seasoning for fish or chicken. Buy it in the produce aisle; peak season is midwinter. To use fresh ginger, remove the dark peel and slice a section of the light-colored root. Wrap unused gingerroot in plastic and store in the refrigerator. You can brew a tea by steeping finely chopped gingerroot in boiled water 2 – 3 minutes.

Powdered ginger, found in the spice section, is ground gingerroot. The essential oils responsible for the flavor are volatile, so the flavor is easily diminished. It is commonly used in baking.

For candied ginger, chunks of gingerroot are cooked in syrup, then rolled in a sugar coating. Chewy, hot and sweet, it is a great candy treat. It can provide bursts of flavor when added to baked goods or cooked dishes.

Powdered, fresh or candied, enjoy ginger this holiday season. Here are some recipes to get you started.

In another bowl, stir together flours, baking powder, salt, brown sugar and cinnamon.

Melt the butter. Stir melted butter and flour mixture into the batter.

Peel and core the apple. Chop and add to the batter. Chop ginger pieces with a sharp, wet knife and add, along with the dried cranberries.

Bake until golden brown and test done with a toothpick, about 20 minutes.

Beat in sugar until thick, then honey and butter. Add the flour and mix well. Turn out on floured board, sprinkle with a little more flour. Roll out dough to 1/4-inch thickness. Cut cookies in whatever shapes you like.

Alternately, use your hands to shape dough in balls. Place on greased cookie sheet and flatten out. Place an almond in the center, and bake for 10 minutes until golden brown. Cool on rack.

These are good as is, or you can melt chocolate (in a microwave or double boiler) and brush onto cooled cookies. You can also decorate them with a thin glaze made of confectioners’ sugar, water, and almond or vanilla extract.

Store in air-tight tin, preferably for at least a week.

Yield: six to eight dozen cookies, depending on shapes and sizes.

Yvona Fast is author of the awardwinning cookbook Garden Gourmet: