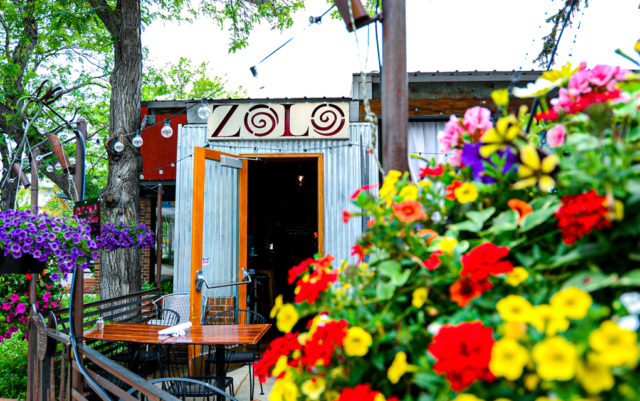 When The Med closed earlier this year, there was a visceral reaction in the community. People felt like their own personal dining rooms closed, and the chance to revisit memories upon each subsequent visit vanished.

Too, there was a sense that if the pandemic could shutter a behemoth like The Med, then other beloved community gathering places would soon follow.

But only a handful of spots closed over the summer as restaurateurs pivoted to new business models, expanded outdoor dining, implemented takeout services and did just enough to keep the lights on.

Suddenly, it feels like we’re back where we started. Gov. Polis has ordered restaurants to cease indoor dining for the indefinite future, and with the weather getting worse, it’s hard to imagine such a robust embrace of outdoor dining as we saw this summer.

And this week another iconic restaurant will close. After 26 years, Zolo Southwestern Grill will shut its doors for good, and the echo is reverberating throughout the community.

“You’re looking at a large puzzle and you’re thinking about how to make it through. This was a tough decision,” says Dave Query of Big Red F, for which Zolo was a flagship restaurant. “There was just too much ahead of us.”

Query, who teaches entrepreneurship at CU-Boulder, says he goes “back and forth between doom and gloom” and being positive with his students about the future of local business. On the one hand — the doom one — it requires more capital to start a business today, pandemic notwithstanding: “I started Zolo with an amount of money 26 years ago you couldn’t even buy the kitchen equipment for today.”

Too, Query thinks this shutdown will last “a little longer than everybody thinks,” and the implications will be long-lasting.

“The worst part of this is yet to have been felt and the vaccine doesn’t solve the financial problems of the middle earner in America who’s getting clobbered as well, who might have been furloughed. The ramifications of this are going to be felt for years and years,” Query says.

And yet, on the positive hand, Query is hopeful for the future. He thinks Zolo is the only restaurant in the Big Red F empire that’ll succumb to the pandemic — fingers crossed — and that with a new administration, a mandate on mask-wearing, increased vaccines and the return of warmer weather, “we can launch into late spring with some sense of hope and momentum.”

Let’s hope, indeed, because what’s at stake here is more than just a restaurant; it’s a community. Zolo and Big Red F have fostered the culinary careers of dozens of prominent local chefs, from Hosea Rosenberg to Jennifer Bush. And every year around this time, Zolo hosts a free Thanksgiving dinner with the nonprofit Imagine! for families with people with developmental disabilities. (Query says this will continue within Big Red F.)

One of the first meals I had after moving to Boulder almost a decade ago was at Zolo. The waiter walked me through anejo tequila and agave dessert wine and the chef’s prepared a memorable pork belly and mussel dish. As a young food writer, experiencing such a high level of hospitality in a casual dining atmosphere opened my eyes to the capabilities of the Boulder food scene.

For Query personally, he’ll remember the thousands of staff members that came through Zolo, many who came back as diners, some with children then cooking and serving them food. It’s those connections you can’t replace when a place like Zolo goes away.

“Once we made the announcement, just a whole group of employees reached out about what working there meant to them,” Query says. “I’m on so many different text groups of these different eras of Zolo crews. I’m still in touch with friends who were literally on the opening crew in 1994. … All the weddings and marriages and kids that have been spawned from this. There’s been a lot going on [at Zolo]. That was a fun one.”