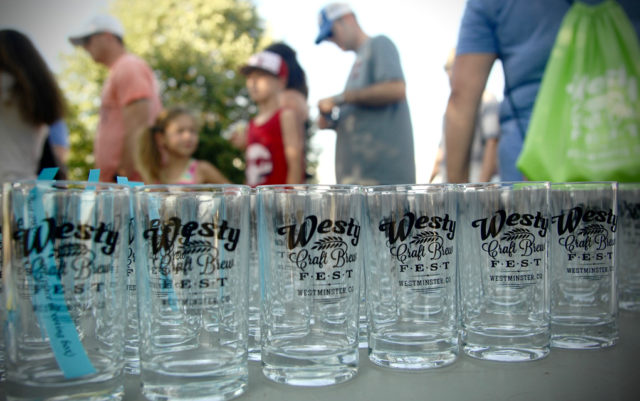 There’s certainly no shortage of outside activities for Coloradans to partake in during warm summer nights and warmer summer days — movies in the park, open-air concerts, arts and craft festivals, tubing — but the ones that center on malt, hops and yeast are our favorites. Sure, you can knock back a cold one, or three, under the Colorado sky just about anywhere these days, but here are a couple of places where you can also dig out a cellar rarity, try an unreleased barrel beer or sample the wares of a brewery just outside your commuting zone.

Hooplagers (Wibby Brewing, 209 Emery St., Longmont) July 21, 3 p.m. — Wibby may have changed the name of their lager-only beer fest, but they haven’t changed their style. With over 40 breweries pouring — including Greeley’s WeldWerks Brewing and Denver’s Bierstadt Lagerhaus — a pool party, silent disco and a sand-castle-building contest, Wibby throws a party that’s hard to beat. Tickets start at $27. wibbybrewing.com/hooplagers

Westy Craft Brew Fest (Christopher Fields, 10485 Sheridan Blvd., Westminster) July 28, 6-9 p.m. — With almost 60 breweries pouring, you are going to need a plan of attack once you get your glass. Our advice: branch out and discover some far-flung breweries and see what they do best. From the Parts & Labor Brewing Company, located out east, way out east, in Sterling, to the humbly delicious Ironworks Pub & Brewery in Lakewood. Not to mention the high water mark that is New Image Brewing, and myriad cider makers for those prefer fruit to grain. Tickets start at $35. westybrewfest.com

Avery Brewing 25th Anniversary Party (Avery Brewing Company, 4910 Nautilus Court North, Boulder) Aug. 4, 12–5 p.m. — Sample beers from their highly-sought barrel-aged series — including the release of #50, Raspberry Truffale — to verticals of the discontinued, but never forgotten, demon series: The Beast, Samael and Mephistopheles. “This year’s anniversary party is a tribute to the beers that got us to 25 years and to the beers that will write our future,” says Adam Avery, CEO and founder of Avery Brewing Co. Ticket start at $40. averybrewing.com/events/25th-anniversary-party

Liquid Mechanics Fourth Anniversary Bash (Liquid Mechanics Brewing Co., 297 U.S. Highway 287,  Unit 100, Lafayette) Aug. 17–18 — Proud recipients of two gold medals at last months U.S. Open Beer Championship — for the Amber Altbier and Beast of Bourbon — LMX will be celebrating in style. Among the 20-plus beers being poured, Beast of Bourbon will make an appearance, as will a Piña Colada Kölsch. liquidmechanicsbrewing.com/events