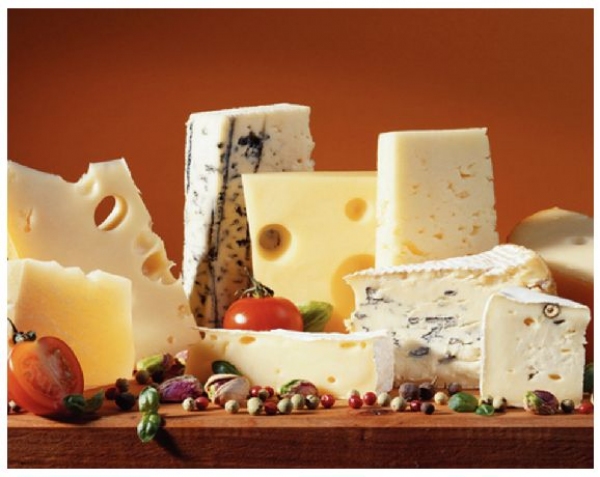 One of Boulder County’s best-kept secrets may be its small but growing cheese-crafting industry.

Varying widely in flavors, forms and textures, local dairy farms are producing cheese with the same passion and creativity that one might expect from French cheese dairies and varieties.

According to Samm White, co-owner of Cheese Importers in Longmont, four basic elements are needed to create cheese: a milk source, heat, a turning motion and rennet, a natural enzyme complex produced in any mammalian stomach to digest the mother’s milk.

“We use different cultures for different cheese, and we heat it up to induce separation,” White says.

Traditionally, the milk is acidified, and the addition of rennet causes coagulation.

“When the cheese curds, you can leave the curd or take it out, depending on what variety of cheese you’re making,” White says.

The solids are usually separated and pressed into a final mold.

“Our big focus is giving local farms and cheese producers a market and helping the cheese world grow in the United States,” White says. “Our quality rivals French counterparts, and if we’re able to produce the same thing locally and more sustainably, we should do that.”

White says no less than 350 cheese varieties are present at Cheese Importers and available for sampling any time of the year. “We get a lot of really special, unique ones during the holidays, and then numbers increase between 450 and 500 varieties,” he says.

Although Cheese Importers doesn’t offer wine with their samples, they make many recommendations and work with various local wineries, as well as local restaurants, natural grocers, co-ops and neighborhood buying clubs.

“We distribute to Frasca, Lucky’s Market, Pasta Jay’s, Jalino’s Pizza, Laudisio and The Med,” White says. “The Flagstaff House uses us exclusively for their cheeseboard.”

White says goat and sheep cheese varieties are the biggest growing category and that there are options for people with digestive intolerances.

“The lactose, fat and sugar molecules found in cheese are typically what people have trouble digesting,” he says. “We have great, flavorful cheeses that are palatable for lactose-intolerant people, such as our harder, aged cheese.”

Haystack Mountain Goat Dairy, one of Cheese Importers’ primary cheese producers, contributes to the growing interest in goat cheese varieties. Joanna Byrd, a Haystack retail associate, says the first cheese was made on founder Jim Schott’s farm in 1992, and the Longmont location opened in 2004.

“The Longmont creamery is where we still produce cheese, however all our milk is now outsourced, mostly from the Cañon City state penitentiary, who we have worked with for years when the farm became too small to produce the amount of milk needed for production,” Bryd says.

“Chevre is the most widely known and made of the fresh cheeses,” she says.

Haystack doesn’t offer farm or production tours, but its cheese is sold at many different local distributors, wholesalers, restaurants and farmer’s markets, as well as nationwide. One such local restaurant is Boulder’s new downtown arrival, Absinthe House.

Located where the Foundry used to be, Absinthe House claims to offer the largest selection of genuine absinthe of any bar in North America and authentic European cuisine, complete with a vast variety of cheese. General Manager Sean Alcock says the restaurant offers 18 cheeses of domestic and imported varieties.

Alcock says his passion for wine and cheese pairing is where he strives to make each guest’s experience unique.

“The creativity and exploration side of wine and cheese pairing and exploring your palate is my passion,” Alcock says.

“Our
cheese plates come with greens, spiced nuts, fruit and bread on a big
wooden plate that’s designed to be family style,” Alcock says. “We make the cheese plate beautiful and lots of families come in to enjoy it.”

Alcock
says the amount of cheese options is sometimes overwhelming for guests,
but that’s where his extensive cuisine experience and the servers’
knowledge facilitate the variety of wine and cheese pairings.

“Everybody
has preconceived notions that wine and cheese plates are financially
unattainable, but we fit everybody’s monetary means,” he says. “Nothing
beats sitting on our rooftop with a view of the Flatirons and a cheese
and wine combination.”