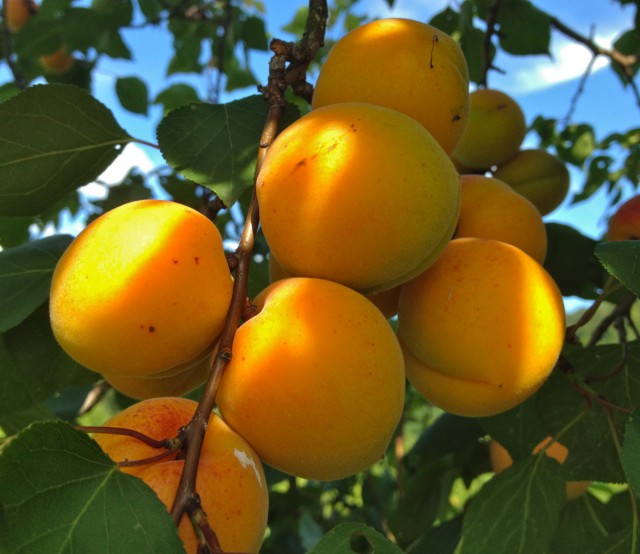 New research studying 41 strains of six different crops on three continents that was published May 7 in the scientific journal, Nature, shows that as concentrations of atmospheric carbon dioxide increase, the nutritional content of key food crops will drop, exacerbating hunger woes for millions of people worldwide. In some crops, concentrations of nutrients could drop by as much as 10 percent when CO2 levels rise to 500 parts per million by mid-century.

Harvard University public health researcher Samuel Myers says that the new research once and for all resolves questions about the impacts of CO2 on major food crops.

“Already, two billion people are suffering from zinc and iron deficiencies. That equals 63 million life years lost,” Myers says, explaining that the grains most affected by increased greenhouse gas emissions are exactly the ones that provide those nutrients.

“This is a huge public health problem today … These are grains and legumes that people rely on for nutrition,” he says.

“Humanity is conducting a global experiment by rapidly altering the environmental conditions on the only habitable planet we know. As this experiment unfolds, there will undoubtedly be many surprises. Finding out that rising CO2 threatens human nutrition is one such surprise,” he says.

“There’s no debate about what’s happening to CO2 — it will continue to rise up to 550 ppm sometime in the next 40 years. Whether you believe in the greenhouse effect or not, this is the reality of what’s going to happen,” he says, urging food policy experts to calculate the findings into their equations for trying to feed the world.

Previous studies had shown similar effects, but were partly dismissed because they were conducted in greenhouses rather than in the open air. The new study used breakthrough technology that enables crops to be grown outdoors under simulated high CO2 conditions in 10- to 15-foot diameter circles, ringed by carbon dioxide emitting jets and wind and CO2 sensor in the center.

After studying a wide variety of crops around the world and in different growing seasons, Myers says there is little doubt about the results, calling on agricultural researchers to try and develop crop strains that can thrive under conditions expected mid-century.

Combined with other expected impacts, including reduced yields overall, food impacts could outweigh many other effects of global warming says Howard Frumkin, dean of the University of Washington School of Health. Frumkin was not involved directly with the new CO2 study, but authored the health section of the National Climate Assessment released last week.

“In the big picture, looking at all the health impacts of climate change, the food impacts will be one of the biggest over time,” Frumkin says. “There has been a lot of focus on heatwaves and wildfires,” he continues, acknowledging that those events can affect thousands or even tens of thousands of people.

“But food issues could potentially be threatening millions and tens of millions. The biggest problem is the reduction in productivity,” he says. “Whole areas of the world will be much less able to produce food. Similarly, increasing CO2 in the world’s oceans will change marine cycles and affect people who depend on subsistence fishing.”

The climate assessment explains there may be some short-term changes wrought by climate change that could benefit some agricultural sectors, but that, by mid-century, nearly all the subsequent impacts are expected to be negative.

In terms of agriculture, at least, there is reason to hope that humanity can adjust.

“We’re pretty good at adapting,” Frumkin says, explaining that farmers have long been manipulating crops to maximize production and optimize crops for local and regional conditions.

Myers says wheat and rice were most affected by increasing CO2 levels. Zinc, iron and protein concentrations in wheat grains grown at sites with increased CO2 were reduced by 9.3 percent, 5.1 percent and 6.3 percent respectively, compared with wheat grown at ambient CO2. Zinc and iron were also significantly reduced in legumes; protein was not.

The finding that so-called C3 grains and legumes (wheat, rice, soybeans and peas, for example) lost iron and zinc at elevated CO2 is significant. Myers and his colleagues estimate that two to three billion people around the world receive 70 percent or more of their dietary zinc and/or iron from C3 crops, particularly in the developing world, where zinc and iron deficiency is already a major health concern.

The researchers were surprised to find that zinc and iron varied substantially across cultivars of rice. That finding suggests that there could be an opportunity to breed reduced sensitivity to the effect of elevated CO2 into crop cultivars in the future.

Over time, climate change is expected to increase the annual variation in crop and livestock production because of its effects on weather patterns and because of increases in some types of extreme weather events. Overall implications for production are for increased uncertainty in production totals, which affects both domestic and international markets and food prices. Recent analysis suggests that climate change has an outsized influence on year-to-year swings in corn prices in the United States.

Increased heat waves and the potential for other extreme weather events also has the potential to disrupt animal production. For cattle that breed during spring and summer, exposure to high temperatures reduces conception rates. Livestock and dairy production are more affected by the number of days of extreme heat than by increases in average temperature. Elevated humidity exacerbates the impact of high temperatures on animal health and performance.