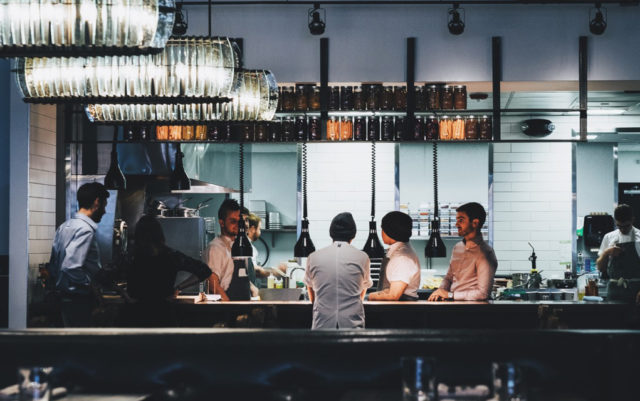 Coronavirus, and the legislative and public response to it, is going to put some restaurants out of business. Boulder County restaurateurs, of course, know this, and many have quickly transitioned their businesses to accommodate a mandate that all restaurants and bars in the state close to dine-in services for 30 days.

“For me, it’s less a question of when restaurants will be able to seat guests in their dining rooms, it’s much more a question of what will happen between now and then,” says Arcana co-owner Elliot Toan. “How much will the economy change and what sort of establishments will the community be needing when this time is over?

“To be totally honest, I don’t expect to be back to business as usual for over a year. On top of that, a huge percentage of restaurants will never reopen.”

Some local restaurants, like Arcana, OAK at fourteenth, Corrida, Sugarbeet, Blackbelly, Community, Basta and many more, have started offering take-out and/or delivery services. Others, like Frasca, Flagstaff House, BRU and more have decided to close for the foreseeable future, at least until the 30-day moratorium on dine-in services ends.

Some are offering gift cards at a discounted rate, others are offering free delivery services. Many have had to lay off part of or all of their staffs. All are trying to grapple with how to survive without regular business in an industry with notoriously thin margins.

“When I saw this situation developing, it was clear there wasn’t going to be any sort of relief on any good timetable for the restaurant industry or our employees,” Toan says. “Immediately we all started thinking about the business and how people are going to have a legitimately hard time.”

Corrida, for instance, has had to furlough 36 of its 40 employees. Proceeds from its impromptu takeout service will be distributed among the furloughed staff.

Arcana is using this crisis as an opportunity to be stewards in the community. This week, the restaurant announced it would offer its menu items for takeout or free delivery on a sliding scale — there is a suggested amount for dishes, a minimum for others and still others that are completely free. Toan says Arcana is delivering meals to 30 individuals in need for free this week, offset, in part, by other diners choosing to make donations or pay more for their meals.

“We are trusting the community to do good and not take advantage, and so far the response has been positive and heartwarming,” Toan says.

For the laid-off employees and those who have had hours curtailed, there are a few solutions on the table to help them make ends meet. Restaurant employees who see a reduction in hours can go to coloradoui.gov to try to collect unemployment insurance. Some employers may be eligible for work-share programs, wherein the state could help split costs with employers to retain employees. And, a bill to suspend business income tax has been proposed in the state legislature, which would ostensibly allow employers to pass on savings to staff members.

All small businesses are being impacted by coronavirus — and about 75% of Colorado’s businesses, which employ 10% of the state’s workforce, are independently owned. Finding novel solutions to keep businesses alive is the challenge for these restaurateurs, and if they can serve their communities while staying afloat, all the better.

“We’ve been trying to adjust quickly,” Toan says. “We picked the path we’re going down now … and it continues to feel like the right way. We feel lucky to feel like we have a purpose.”

Restaurants will likely get no support from insurance policies

Many restaurateurs in Boulder County have long been paying for business interruption insurance, which would pay out in the event their restaurants and bars would have to close due to natural disasters.

This coverage once included pandemics, but after the SARS outbreak in 2003, most insurance companies stripped that coverage from their policies, unless it was specifically negotiated in.

It took many restaurateurs by surprise.

“Most of us independent restaurant owners have been paying our business interruption for decades only to find out yesterday that the insurance industry submitted in 2006 an exclusion to loss from a virus or bacteria,” Frasca co-owner Bobby Stuckey wrote in a statement. “So none of us will receive any help from the insurance companies that we have been paying to. I am asking for Washington D.C. on both sides of the aisle to work swiftly to assist with this. The country may lose a craft and an industry [for] the restaurant worker in the next two months.”

Elliot Toan, co-owner of Arcana, says he learned about the policy changes three weeks ago when renewing an insurance plan.

“I spoke to a broker at that time and he said flatly nobody is covered,” Toan says. “So that was a reality that started descending upon me several weeks ago. We were really kind of in the mindset this is going to be devastation.”

And though there has been talk at the local, state and federal level, as of press time on March 18, no funds have been allocated to help restaurateurs keep their businesses afloat.

Stuckey suggested calling on lawmakers to authorize federal funds to support restaurants. Some city governments across the country — and it is affecting every community in some capacity — are considering providing assistance to laid-off workers. And as the growing season begins, local farmers, too, will be in need of support as primary markets, like restaurants and farmers markets, are suspended.