Ras Kassa’s was the coolest culinary anomaly I’d ever encountered in my food writing life. It was an Ethiopian roadhouse set in a Twilight Zone location, the tumbleweed junction at the mouth of Eldorado Canyon at US-93 in the 1980s. Sour injera bread and yebeg alicha would have been novel enough, but no silverware was offered or available.

Ras Kassa’s was also the first (and still only) place I’ve ever allowed anyone, much less a restaurant owner, put food directly in my mouth with her fingers. Somehow it was OK when it was Tsehay Hailu, who has been a ray of sunshine in the Boulder area dining world for 28 years. Ras Kassa’s was a community institution at its longtime location on 30th Street.

Tsehay said that business was still doing well when Ras Kassa’s had to close in March 2015. The site was sold to be redeveloped as Google’s new campus. 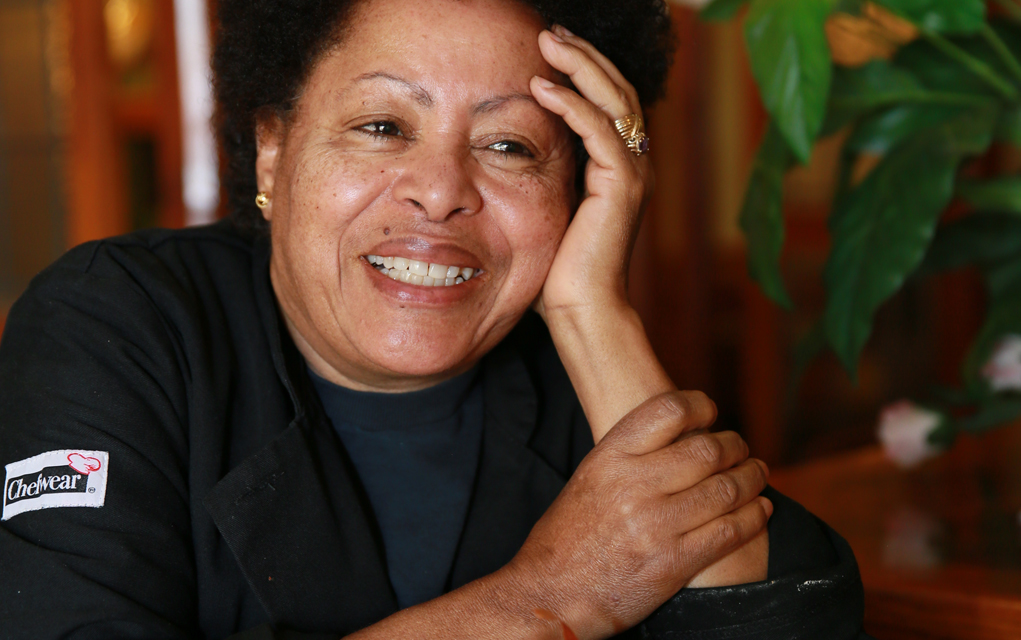 Ras Kassa’s is still alive in a borrowed kitchen on the second floor of the Broker Inn/Rodeway Inn in Boulder. Tsehay is offering a limited menu of Ethiopian specialties, mainly for takeout. There are tables and chairs in the empty lounge area but no servers; this is basically a one-woman operation.

What it means is that Tsehay can make food but she can’t feed people and that fact clearly saddens her. “I miss the kids who came in for dinner and read. I gave them ice cream if they brought a book,” she said.

“I was very happy to go to work every day and cook and feed people.”

In the past year Tsehay and her husband have looked for a space in Boulder County. “There are not many spaces available in Boulder — some are too big or too small, but the rent is very high. The people who couldn’t afford to open in Boulder moved to Louisville, Lafayette and Longmont,” she said. 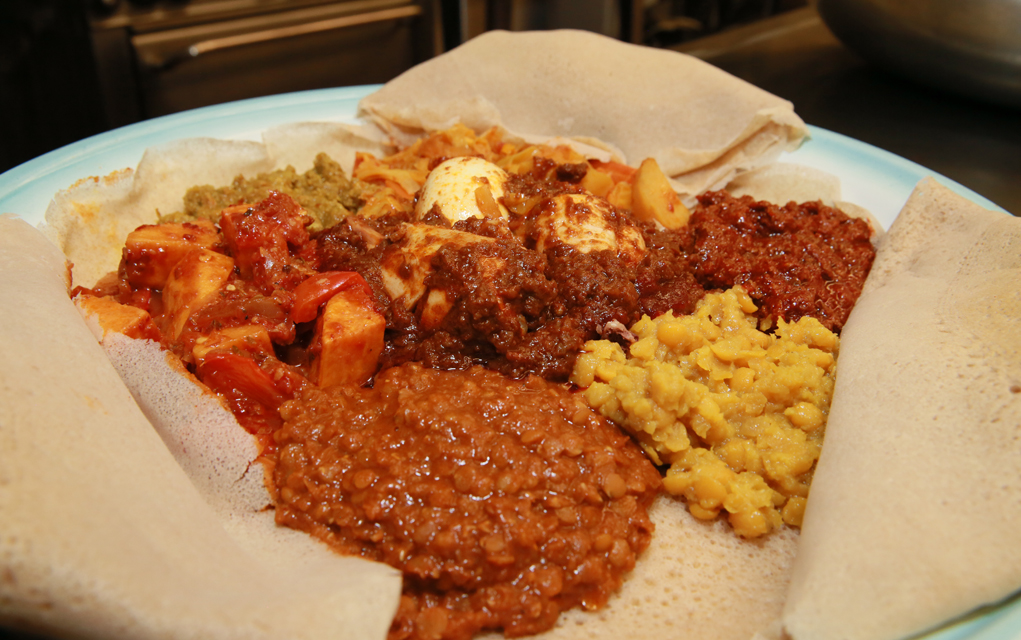 I headed home to Lafayette with doro wat — chicken stew with hard-boiled egg, plus spicy beef, sweet potatoes, lentils and tart spongy injera. I started thinking about the many restaurants I had loved over the years that got their start in faded old strip malls.

What strip mall restaurants may lack in ambience and parking, they usually make up for in flavor, affordability and authenticity. Strip mall sites are the starter “homes” for immigrant families opening food businesses.

You can debate the effectiveness of the City of Boulder’s efforts to preserve and create affordable housing. They may need to come up with a plan to create affordable leasing for mom and pop operations, perhaps in an ethnic food hall.

What will happen in Boulder as strip malls go away or the space becomes unaffordable except for chains?

All I know is that when these small ethnic places have no place to open, the town’s culinary diversity and the richness of life in many aspects, is diminished.

Culinary calendar
Denver Restaurant Week matters because it allows folks to sample the fare at white tablecloth destinations that might be otherwise unaffordable. This year’s event taking place through March 6 offers multi-course, $30 dinners at hundreds of restaurants including Abejas (Golden), 740 Front (Louisville), Salt (Boulder), Bacon Social House (Denver) and Golden’s Briarwood Inn. Details: denver.org/denver-restaurant-week. … Chocolate: The Exhibition is open through May 8 at the Denver Museum of Nature & Science with a tour through growing cacao trees, chocolate history, sweets culture and a chocolate shop at the end of the tour when you are desperately craving truffles and cup of hot chocolate. Information: dmns.org/chocolate-the-exhibition.

Taste of the week
The best thing I’ve tasted lately was a perfect salt cod fritter with a soft middle at Abejas, an eatery opened in 2015 in downtown Golden. The warm treat made with bacala (dried cod) was part of a memorable appetizer featuring purple sweet potato, celery root puree and a cute little hardboiled quail egg with bits of freeze-dried olives. The restaurant sounds Spanish but actually focuses on seasonal American fare matched with an unusually good wine list.

Words to chew on
“Delicious is more important than creative because everything’s been done before. You’re not going to reinvent the wheel. … A lot of the artsy fartsy food is beautiful in pictures and some of it is beautiful in its presentation, but it’s soulless in the eating of it. Because it’s composition, it’s not cooking.” — Chef John Tesar

Tune in 8:30 to 9:30 a.m. March 3 when John Lehndorff hosts a special extended Radio Nibbles during the spring membership drive on KGNU (88.5 FM, 1390 FM, streaming at kgnu.org). Call-in with culinary and dining questions at 303-449-4885.Comments and quibbles? radionibbles@kgnu.org.