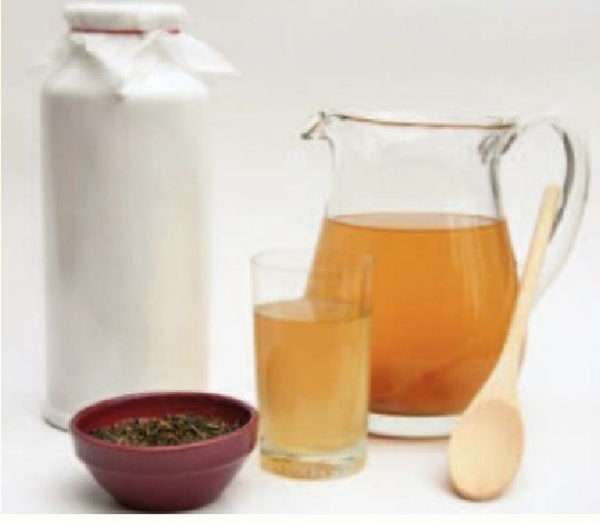 Widely popular kombucha tea turned controversial recently when regulators and retailers questioned its alcohol content in June, resulting in a kombucha recall. Could it be that a fermented tea of self-propagating yeast has enough alcohol content to be considered alcoholic?

Formerly a tea of limited flavors, kombucha producers introduced more fruit flavors to their selections, which ultimately requires more sugar for the fermentation process. According to news reports, kombucha products typically have less than 0.5 percent alcohol, but the emergence of the fruit-flavored kombucha teas may have resulted in the tea’s higher alcohol content.

Alcohol can also develop over time in raw kombucha tea, the most common version of the beverage, because the yeast is still alive, converting sugars to alcohol. The more sugar a beverage has, the more alcohol fermentation can occur.

Whole Foods Market issued a statement saying that kombucha was pulled from its shelves in June due to the tea’s alcohol content and to ensure compliance with labeling laws for product sales.

“Key national kombucha suppliers have voluntarily withdrawn products until further notice due to concern around potential labeling issues related to slightly elevated alcohol levels in some products,” the company says. “After conversations with several kombucha suppliers, we share the concern and have removed all kombucha products at this time. We are passionate about this product category and are working with our vendor partners as they review these potential labeling issues, and we hope for a swift resolution.”

The Associated Press wrote that the federal government has been testing the trendy tea to determine if it should be labeled like beer or wine because of its increased traces of alcohol content. Dating back thousands of years through various societies, the origin of kombucha is unclear, much like its cloudy appearance.

Produced by placing a culture in a sweetened tea, kombucha brewing is similar to beer brewing. The concoction is covered with a porous cloth to help prevent mold, dust and other bacteria from entering and to allow the tea to “breathe” through gas transference. The liquid can be tapped indefinitely after a week or two of fermentation because the original “mother” culture will produce a “daughter,” which can be moved to a separate container to continue the fermentation process. Kombucha can be brewed at home with the correct proportions of key ingredients.

Kombucha’s popularity in the United States may be due in part to its claimed health and therapeutic benefits, such as increased energy, sharpened eyesight, skin improvement, digestion aid and even cancer recovery. The validity of these claims, however, is vague and largely unverified.

Boulder County resident and food blogger Megan Bucholz says she believes there is some truth in kombucha’s claimed health benefits. “I have heard that there’s something about fermentation processes that are good for the body,” Bucholz says. “Kombucha feels good going in. It’s certainly not like drinking a soda.”

Bucholz says she loves the fizziness of kombucha tea because it’s produced by fermentation, not carbonation. As a full-time Spanish tutor, she says she used kombucha to help her get through a long day of studies. “I knew
if I had a kombucha at 5 p.m. that I would be set for the night,”
Bucholz says. “It was my life force to get me through my busy schedule
during classes.”

A
statement released from the Alcohol and Tobacco Tax and Trade Bureau
(TTB) says that the bureau is coordinating with the Food and Drug
Administration (FDA) to ensure that kombucha products that are currently
on the market comply with federal laws. “Right now, our primary concern
is to ensure that consumers are not misled about the nature of alcohol
beverage products that might be marketed as non-alcohol beverages,” says
TTB.

Regarding
kombucha’s alcohol content, Bucholz says she never felt alcohol effects
after drinking the tea. “Nobody would be able to drink enough kombucha
in one sitting to feel the effects of the alcohol in kombucha,” she
says. “I am really missing it right now.”