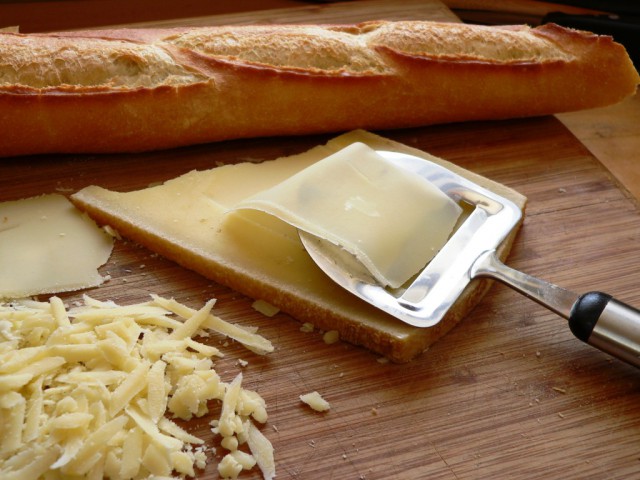 Cheese is arguably one of the world’s most prized commodities. Spanning the globe in vast diversity, it has remained a gustatory staple for thousands of years. Yet somewhere along the way, cheese gained a bad reputation and became, for many Americans, nothing but a guilty pleasure. For some, it’s become an enemy altogether.

In his 1997 essay titled “Fear of Formaggio,” food writer Jeffrey Steingarten acknowledges that one of the most common reasons people avoid cheese is because they believe it contributes to the symptoms of lactose intolerance. But according to Steingarten and several local experts, this perspective is skewed.

People who are lactose intolerant lack the enzyme called lactase, which lives in the small intestine and breaks down lactose, the sugar found in milk. According to Mark Rosenblatt, a gastroenterologist at the Boulder Medical Center, these enzymes usually diminish as people grow.

“When we’re born, we all have those enzymes, and as we get older we typically lose them, and so we become intolerant to lactose,” Rosenblatt says. “There are variable manifestations [of lactose intolerance], depending on the severity of the enzyme deficiency.”

Those who have the condition often feel obliged to ban all dairy products from their diet. But in fact, many types of cheese need not be forbidden.

To make cheese, certain enzymes and bacteria are added to milk, which causes the milk’s primary proteins — caseins — to coagulate. The clumps that form are called curds, and the remaining liquid, called whey, is drained from the curds. According to Liz Gaylor, an employee at Windsor Dairy, almost all of the lactose slips away at this point.

“Most of the lactose goes away with the whey, and whatever is left [in the cheese] is digested,” Gaylor says, adding that as cheese ages, its lactose content diminishes further. “By the time you have an aged cheese, there is no lactose left.”

In his 2004 book, On Food and Cooking, renowned food chemist Harold McGee confirms this. “Cheese contains little or no lactose (most of it is drawn off in the whey, and what little remains in the curd is fermented by bacteria and molds),” McGee explains.

Once separated from the whey, the curds are either gathered and eaten as they are, as in ricotta or cottage cheese, or they are packed into molds, treated with salt, and aged, as in Parmigiano Reggiano. Since 98 percent of the lactose drains away at the beginning of the process, the amount of lactose that remains in aged, hard cheeses is minimal and, according to a study published in the New England Journal of Medicine in 1995, hardly enough to cause symptoms, even in someone who is lactose intolerant.

“In a study of 30 people who identified themselves as severely lactose intolerant, nine were found to be able to absorb lactose and the other 21, who had lactose malabsorption, tolerated 240 ml of milk a day over a one-week period with minimal, if any, symptoms,” the study says. Steingarten refers to this study in his essay, though he omits a critical component.

Of the nine individuals who were found able to absorb lactose, eight were Caucasian. This is an important consideration, given the profound disparities in lactose absorption enzymes among different racial groups.

According to Dennis Van Gerven, an anthropology professor at the University of Colorado at Boulder, most of the world is lactose intolerant. In fact, he says, lactose tolerance is rare.

“Only
a small number of groups can digest lactose,” Van Gerven says. “If you
look at the populations that are lactose tolerant, it’s invariably
those who’ve used milk as a food resource throughout their lives, like
cattle keepers.” He mentions three primary groups — Western Europeans
and two specific tribes in Africa — whose histories have included years
of dairying, and so they underwent a genetic change that allowed them
to produce the lactose-digesting enzyme throughout life. This
observation accounts for the finding that all but one of those who were
found able to absorb lactose were white.

“The mistake is generalizing to the world based on the belief that Europeans are the normal ones,” Van Gerven says.

“It
turns out that lactose intolerance is the rule rather than the
exception. About 98 percent of Scandinavians are lactose-tolerant, 90
percent of French and Germans, but only 30 percent of African
Americans,” he writes.

One’s
likelihood of truly being lactose intolerant, then, is highly dependent
on his or her ancestry. Evidence shows, however, that the majority of
people of Western European descent are able to digest lactose without
problems.

Those
who suspect that dairy is the culprit of their digestive pain may
consider experimenting. Hard, aged cheese such as Parmigiano Reggiano,
Gruyere, Pecorino, Asiago and English-style cheddars contain very
little, if any, lactose, making them an ideal choice for lactose
intolerants. According to Chuck Hellmer, general manager of Haystack
Mountain Goat Dairy, the proteins in goat’s milk make it easier to
digest than cow’s milk.

“I
was lactose intolerant and hadn’t eaten cheese in 20 years,” Hellmer
said. “I had heard that goat cheese was different, and found that to be
true.”

Indeed,
McGee confirms that the percentage of lactose in goat’s milk is less
than that of cow’s milk. Another option for lactose intolerants is
fresh milk cheese — also known as raw or unpasteurized cheese.

“When
you heat the raw milk it takes the lactase enzymes out,” Gaylor says.
“Some lactose intolerant people can eat raw dairy because it is not
heated above cow temperature.” The lactase enzymes, which are the ones
responsible for proper lactose digestion, remain in the raw milk and
therefore facilitate its digestion.

Yogurt
may be a positive dairy option for those who are lactose intolerant.
According to McGee, yogurt contains bacteria that generate
lactosedigesting enzymes, which remain active in the human small
intestine.

If
digestive pain is incessant even when products that do not contain
lactose are consumed, the problem could be related to something else.

“There
are a host of malabsorption syndromes, and lots of other diseases that
can have the same manifestations of lactose intolerance,” Rosenblatt
says. “That’s when patients see a specialist for further evaluation.”