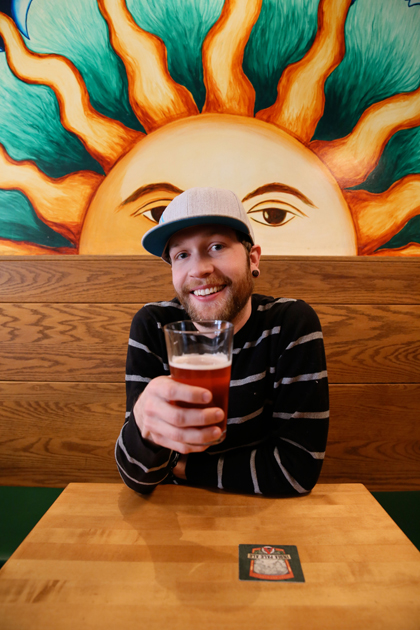 Summer is more than here — it’s kicking hard. That means it’s  the perfect time to enjoy the warm evenings with some extracurricular activities. But let’s be honest: Boulder isn’t exactly a late-night bumping city. However, with thousands of college students and a smattering of bars that close at 2 a.m., there are options for late night food even if we think the supply is minimal. We’ve rounded up the best late-night grub around downtown Boulder and our only requirement was that they served food until midnight or later. “Late night” indeed.

The Gyro Stand: At the top of Pearl Street and 11th you can’t miss the waft of gyros, grilled cheese and burgers from this little stand on wheels that parks on the Pearl Street bricks in front of Old Chicago. They’re open Tuesday through Saturday, from 10 p.m. to 2:30 a.m. Although there’s almost always a line, they move fast, the food is cheap (under $10) and they supply just the right amount of grease to help that looming hangover. Be sure you have cash on hand because they don’t take credit cards.

Illegal Pete’s: Open Thursday through Saturday until 2:30 a.m., which includes not only their bar, but also the outside patio as a place to take a load off and enjoy some tacos, salsa and tortillas. If you’re on The Hill you can drop in their College Avenue location or if you’re downtown at a bar, pop by the Pearl and 15th Street location for some late night grub that’s affordable and quick.

Old Chicago: Yes, it’s a chain. Old Chicago has been open on Pearl Street 1976 and is open until 2 a.m., serving bar food staples like sandwiches, salads and burgers. They also start their late night happy hour Sunday through Thursday from 10 p.m. to midnight.

Pearl Street Pub: They offer food until 1:30 a.m. with the likes of hamburgers, fried mac and cheese, buffalo chicken wings and sliders out of their dark and dingy bar. If you’re lucky and it’s your 21st birthday, don’t forget to kiss the large buffalo head on the wall by the entrance.

Bramble & Hare: If you want something a little less stumble-in-drunk-greasy-food-style, try the sister restaurant to the famed Black Cat Bistro. It is a late night favorite with farm-to-table fare being available until 1:30 a.m. daily. A service industry favorite after shifts, you can find a seasonal variety of a-la-carte specialties that are farm fresh like lentil fritters with spicy aioli, farm greens with beets and walnuts, or mac and cheese with bacon.

Boulder Baked: If you’re looking for something on the sweeter side to round out the evening, head to Boulder Baked for their fresh-out-of-the-oven, soft cookies alongside a glass of milk. The local, family-owned bakery aims for the evening crowd, as they only open at 4 p.m. and are open until midnight. They serve cake, pie, milkshakes, cupcakes, brownies and even some savory items like sandwiches and soup. If you have an allergy, they also cater their desserts to be available in vegan and gluten-free options.

Shine Restaurant & Gathering Place: Shine isn’t open late during the week, but Friday through Saturday it has a late night food menu that’s available until 1 a.m. It includes small bites like sliders or their probiotic, fermented slaw plate from the happy hour menu. They even serve dessert late night, which means it’s probably the only guaranteed gluten-free dessert you can find this late at night in Boulder.

Cosmo’s Pizza: There are two Cosmo’s locations in Boulder, perhaps and both are open until 2 a.m. daily. Their New York-style slices often warrant a line out the door. You can choose from the made-to-order slices, order an entire pie, or try their calzones and breadsticks.

Mountain Sun: Yes, it’s known for the beer, but Mountain Sun is open until 1 a.m. daily and serves a full food menu until late. You can find the likes of burgers, fries and salads to satiate your palate at this Boulder iconic restaurant and brew-pub. When “late” comes, then their housemade brews are available in growlers to-go.

Pita Pit: Across from Boulder High School on Arapahoe and 15th, you can indulge in warm stuffed pita or falafel. Open until midnight Sunday through Thursday, they’re open even later until 3 a.m. on Friday and Saturday and they also deliver.

Snarfburger: Not far from Boulder High School on Arapahoe and 20th is the little shack that houses Snarfburger. It serves simple shakes, fries and burgers. The menu is all under $10 and they’re open until Midnight on weeknights and 2 a.m. on Friday and Saturday.

Pizza Calore: Open Thursday through Saturday until 2:30 a.m., Pizza Calore serves New York-style pizza by the slice, along with calzones, sandwiches and dessert.

Abo’s Pizza: After the city’s teetotaler rezoning, Abo’s is the rare Hill joint that is still open late. It serves pizza, calzones, stromboli and salads until 1 a.m.

Yellow Deli: Weekends are no good here, as Yellow Deli — Boulder’s restaurant that most closely resembles a Hobbit-hole — is closed. But the rest of the week it’s open 24 hours, serving sandwiches, matte and tea at Pearl and 8th Street. Though there is that small matter of it sort of being a religious cult called the Twelve Tribes …